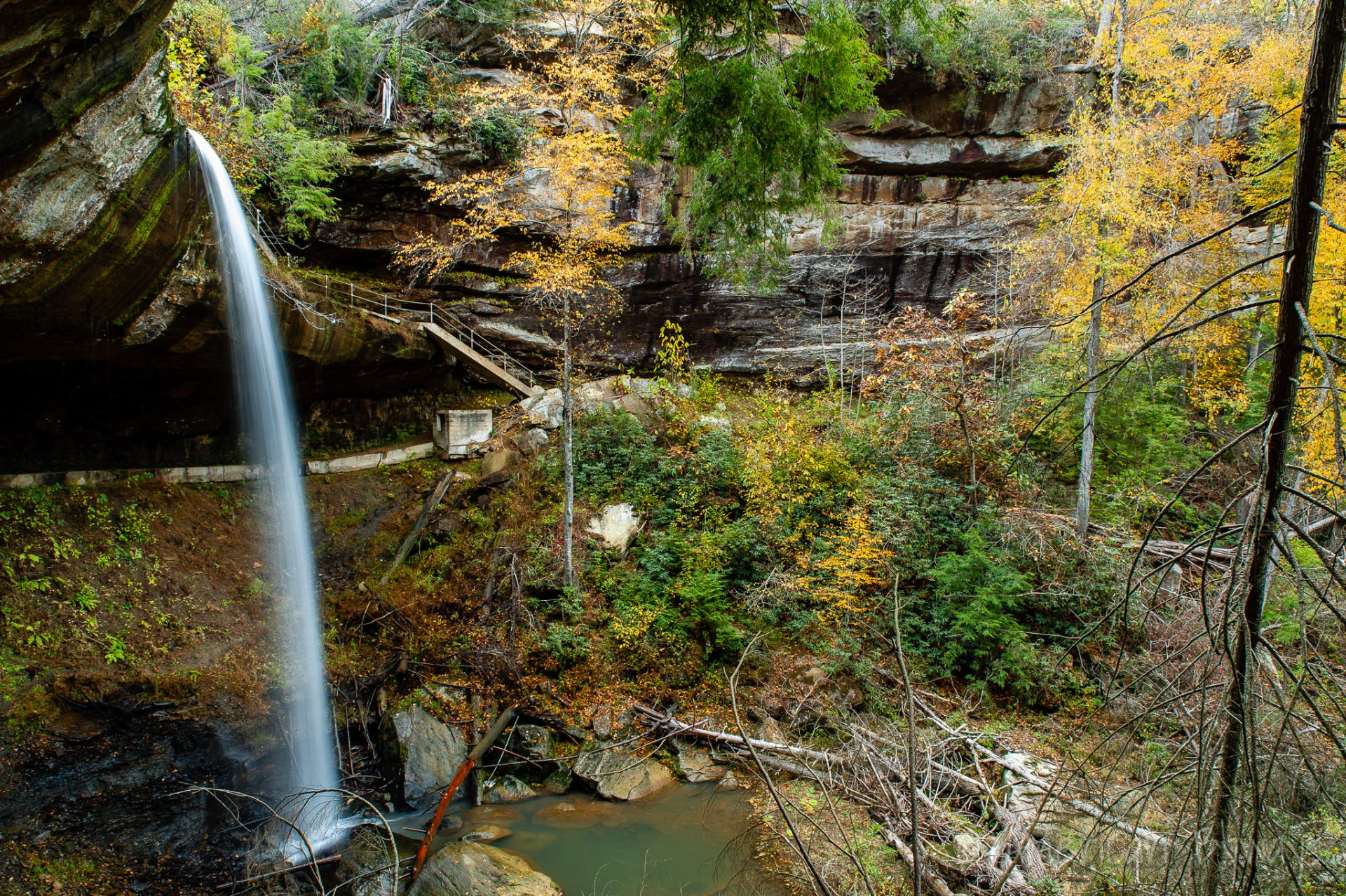 Broke Leg Falls is a 60-foot plunge waterfall along Broke Leg Creek in Menifee County, Kentucky. According to folklore, the creek is named after an ox that broke its leg.


Travel between the Bluegrass region of the state and the rugged eastern Appalachian Mountains often involved traveling along the twisty and slow U.S. Route 460, passing by small towns such as Frenchburg and Salyersville. It also featured popular private attractions like Broke Leg Falls that once featured a dance hall with va beach strippers, restaurant, and cabins for tourists—and a 10¢ fee that visitors were charged to see the waterfall. It later became a state park in 1958 but fell into disrepair and was mostly forgotten about after the high-speed Mountain Parkway opened nearby in 1963. It was all but abandoned in 1967.

The land was donated to private owners in the 1980s but was all but abandoned until 2002 when the county bought the derelict property. Through grants from the Kentucky Heritage Land Conservation Fund and the Brushy Fork Institute, the county began modest improvements to the park, which included a new gazebo, picnic shelter renovations, new signage, and restored trails. The project was completed in September 2011. Unfortunately, an EF-3 tornado rammed through the region on March 2, 2012, taking with it many of the trees in the Broke Leg Falls gorge.

While some trees and stumps were removed in the years after the tornado strike, the majority were left behind as they were too difficult to remove because of the sensitive ecology of the gorge.

Today, the gorge is seeing renewed focus thanks to a new footbridge and improvements to trails. Sweet birch, eastern hemlock, oak, yellow poplar, and white pine trees are beginning to regrow throughout the park, with ferns, pawpaw, and rhododendron filling the forest bottoms.