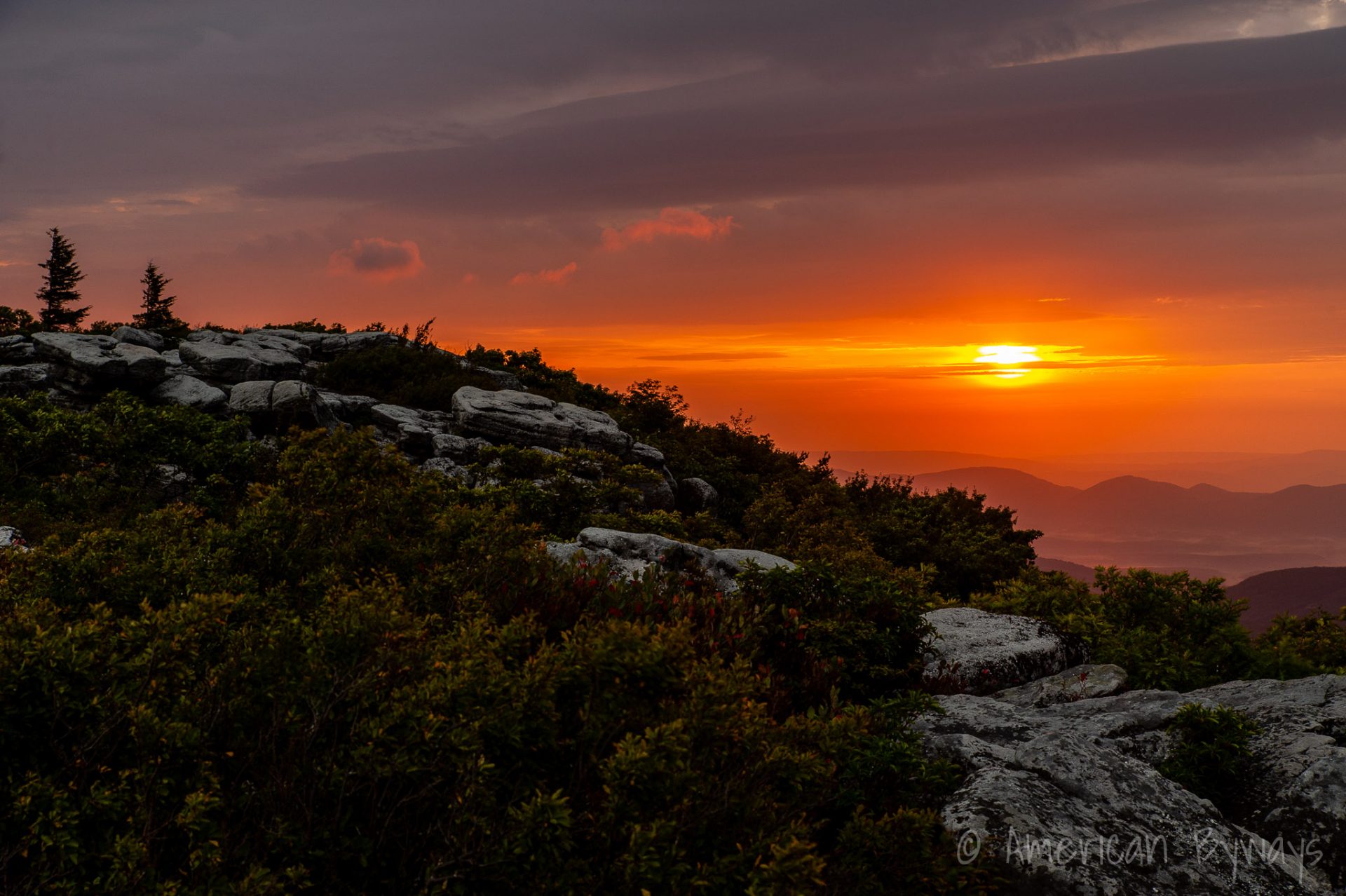 Dolly Sods is a breathtaking wilderness in the Monongahela National Forest along the Allegheny Mountains of eastern West Virginia. The area is best known for being the highest elevation plateau east of the Mississippi River, its outstanding views along the Allegheny Front, wind-stunted red spruce, and its endless upland bogs.


Between 1899 and 1924, region that later became known as Dolly Sods was extensively logged. A passing spark from a logging train caused a monstrous wildfire that devastated the regional ecosystem. What replaced pristine old growth spruce and hemlock forests were dry soil and endless meadows—scortched earth. The Dalhe family later used the fields to graze sheep.

Starting in August of 1943, Dolly Sods was used for military maneuvers and training for soldiers entering World War II. Much of the artillery and mortar shells shot still exist, buried in the bogs and barrens. After the war, Dolly Sods was neglected and mining and power interests threatened to carve up the land for coal.

In 1975, Congress designated the area as Dolly Sods Wilderness, which has been expanded over time to include more than 17,700 acres. The Bear Rocks nature preserve abuts to the north while Mt. Porte Canyon and Roaring Plains wildernesses lies to the south.

Today, Dolly Sods has reclaimed much of what was lost. In the lower elevations, northern hardwoods, such as yellow birch and hemlocks, and laurel thickets smother the trails. It provides a sharp contrast to the upper elevations where wind-stunted red spruce, heath barrens, bogs, and rocky plains dot the landscape. The barrens are full of mountain laurels, azaleas, rhododendron, and blueberries while the bogs contain cranberries, sundew plants, and sphagnum moss—all becoming a blaze of color during certain times of the year. Don’t forget to bring your high power binoculars or a spotting scope for 100 yards to enjoy some of the best views. With elevations topping 4,000 feet, the plant species and climate resemble northern Canada than most other places.

Dolly Sods features 47 miles of trails, some of which follow old logging railroad grades. There are no bridges over streams, so fording will be required over significant waterways. Some streams may be impossible to cross during high water events.