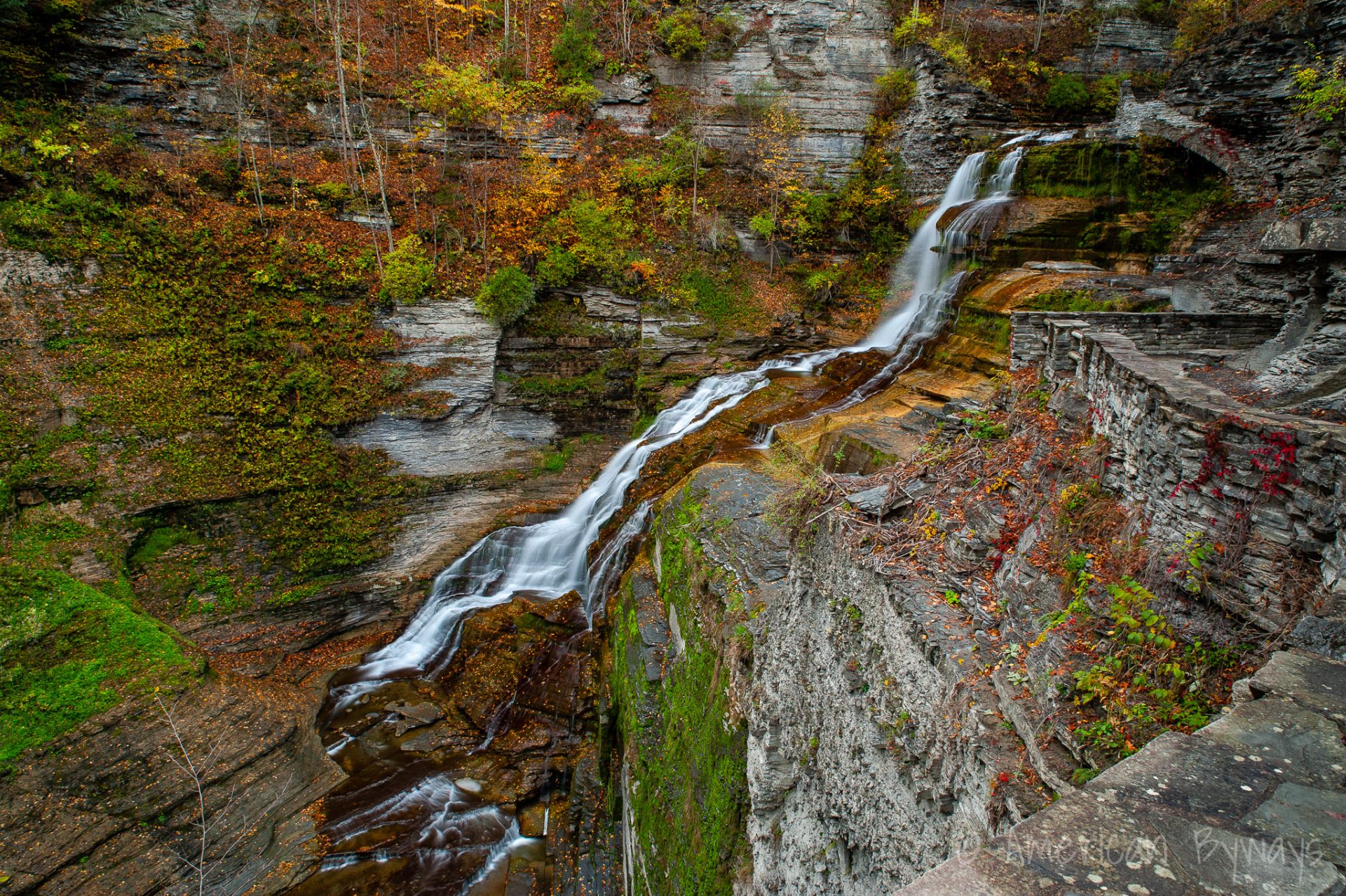 
The park is named after Robert and Laura Treman, who acquired much of the land surrounding the glen. They built many of the first trails and bridges in the park. The couple donated 380 acres to the state in the 1920s. Today, at 1,022 acres, the reserve is large enough to offer a sense of tranquility that can often be missed in other often crowded recreation areas.

Enfield Glen is much like other narrow canyons in the Finger Lakes, featuring twelve waterfalls, including Lower Falls, a 70-foot fan waterfall which serves as the basis for a natural swimming pool that is dammed during the warmer months. On the other end of the park is Lucifer Falls, a ribbon cascade that tumbles down 115-feet of limestone and shale.

Treman State Park features over 10½-miles of moderate to strenuous hiking trails, 5.1 miles of which include the Finger Lakes Trail/North Country Trail.

This a view of Old Mill Falls along Fish Kill behind the circa 1839 mill.

This a view of Old Mill Falls along Fish Kill behind the circa 1839 mill.
New York Waterfall