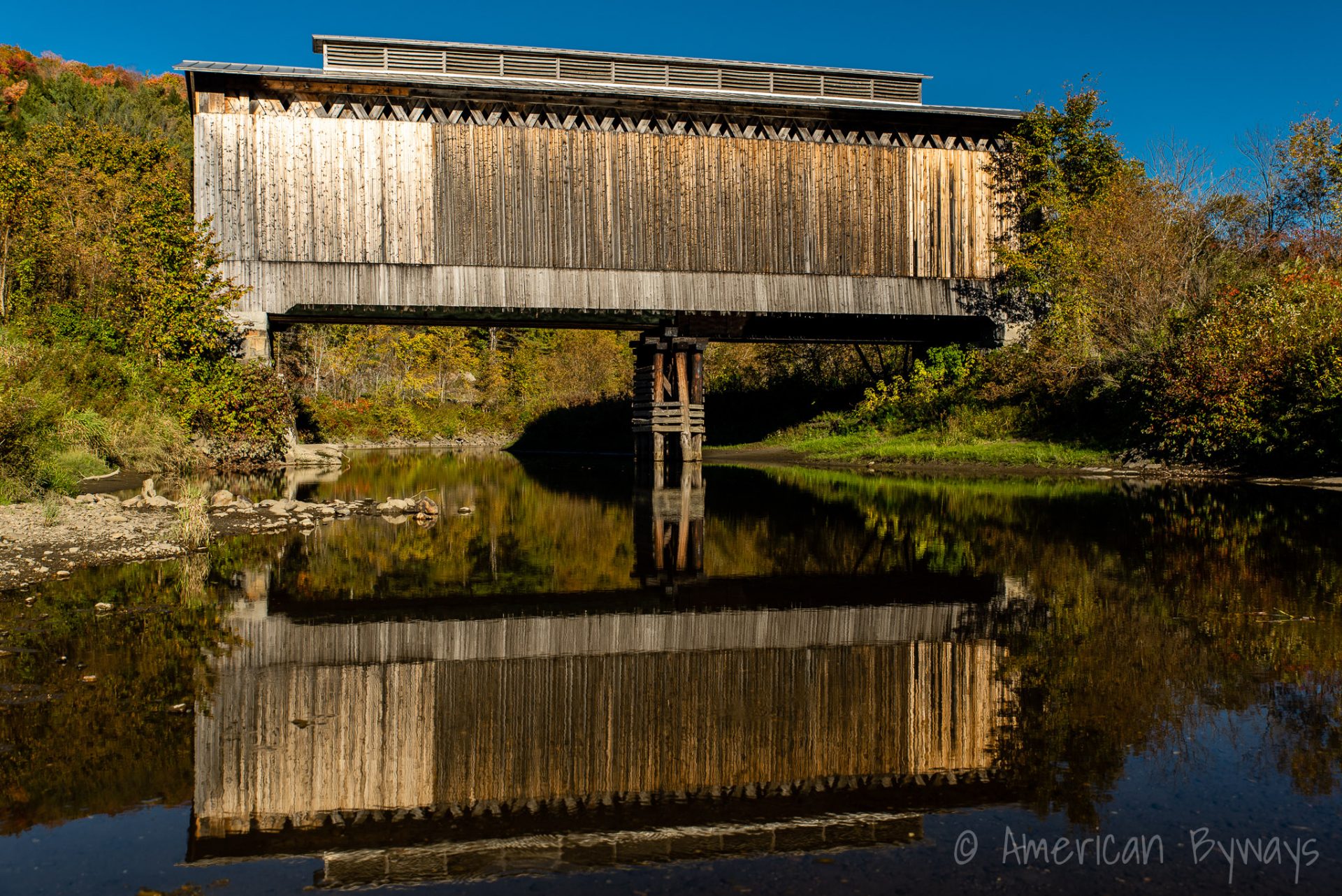 The Fisher Covered Railroad Bridge is a covered Town Lattice truss that once carried the St. Johnsbury & Lamoille County Railroad over the Lamoille River in Wolcott, Vermont.


The Fisher Covered Bridge is unique in that it’s one of the few remaining covered bridges that served a railroad. The two-span doubled Town Lattice truss, measuring 103½ feet by 20½ feet, was built in 1908 by the Boston & Maine Railroad for the St. Johnsbury & Lamoille County Railroad. It included a full-length cupola to allow smoke from steam locomotives to escape out of the bridge.

The company proposed tearing down the covered bridge in favour of a steel truss in 1968 due to weight restrictions. Instead, it installed a pier under the bridge and added four steel girders to support the bridge’s load.

By the time the Fisher Covered Bridge was listed on the National Register of Historic Places in 1974, it was the last of its type in use in the state. It was abandoned by the railroad in 1994. The bridge and surrounding grounds were later converted into a park.