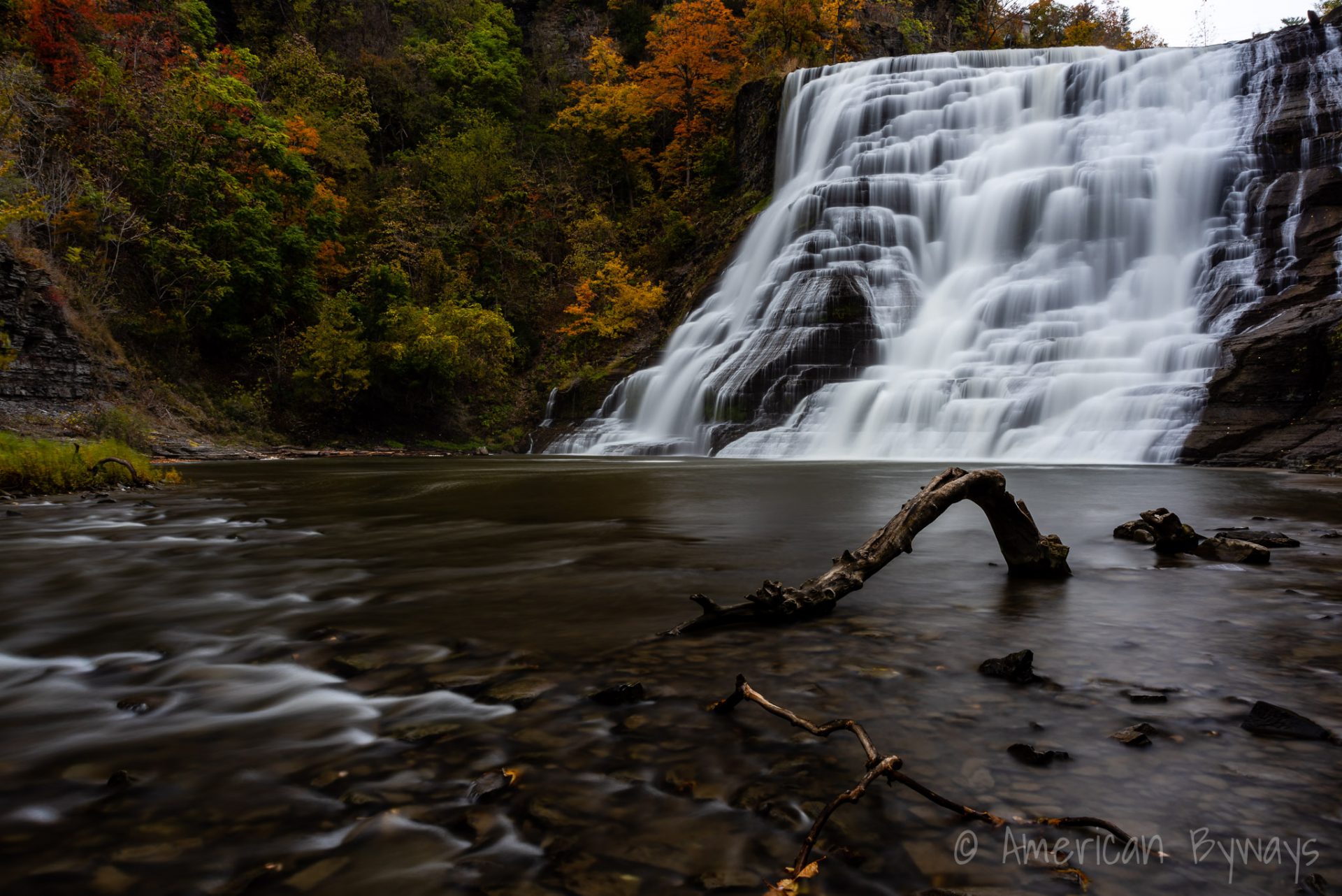 One of Ithaca, New York’s best-kept secrets, Ithaca Falls is one of the region’s most powerful waterfalls.


Ithaca Falls features a drop of 150-feet and a width of 175-feet. The plunge pool is famous for anglers for trout and salmon.

Ruins of prior industries can be found around Ithaca Falls, including an abandoned circa 1832 waterway tunnel that fed into a raceway.

The earliest industries in Ithaca was centered around Fall Creek due to the powerful and consistent flow of Ithaca Falls. Grist, plaster, oil and woolen mills, and iron foundries were all established in a cluster along the creek, which by 1828 produced enough goods to load 396 canal boats to ship along Cayuga Lake and Erie Canal.

In 1828, Ezra Cornell began construction of a 200-foot long, 12-foot-high, 13-foot-wide tunnel along Fall Creek to bypass Ithaca Falls and channel water through a raceway for the Olympic Falls Flouring Mill. The tunnel and a low-rise dam at the top of Ithaca Falls were completed in 1832.

Nearby was the Fall Creek Hub and Spoke Factory, which was taken over by the Ithaca Gun Company in 1883, remained in use until the company declared bankruptcy in 1986.

There is a 150-yard trail that extends from Lake Street to the base of Ithaca Falls along the south bank of Fall Creek.

From downtown, follow Aurora Street north for .7 miles. Turn right onto Lincoln Street, and then bear left onto Lake Street. The Ithaca Falls parking area is on the right.

The remnants of a mill race are visible near Ithaca Falls.
New York Waterfall