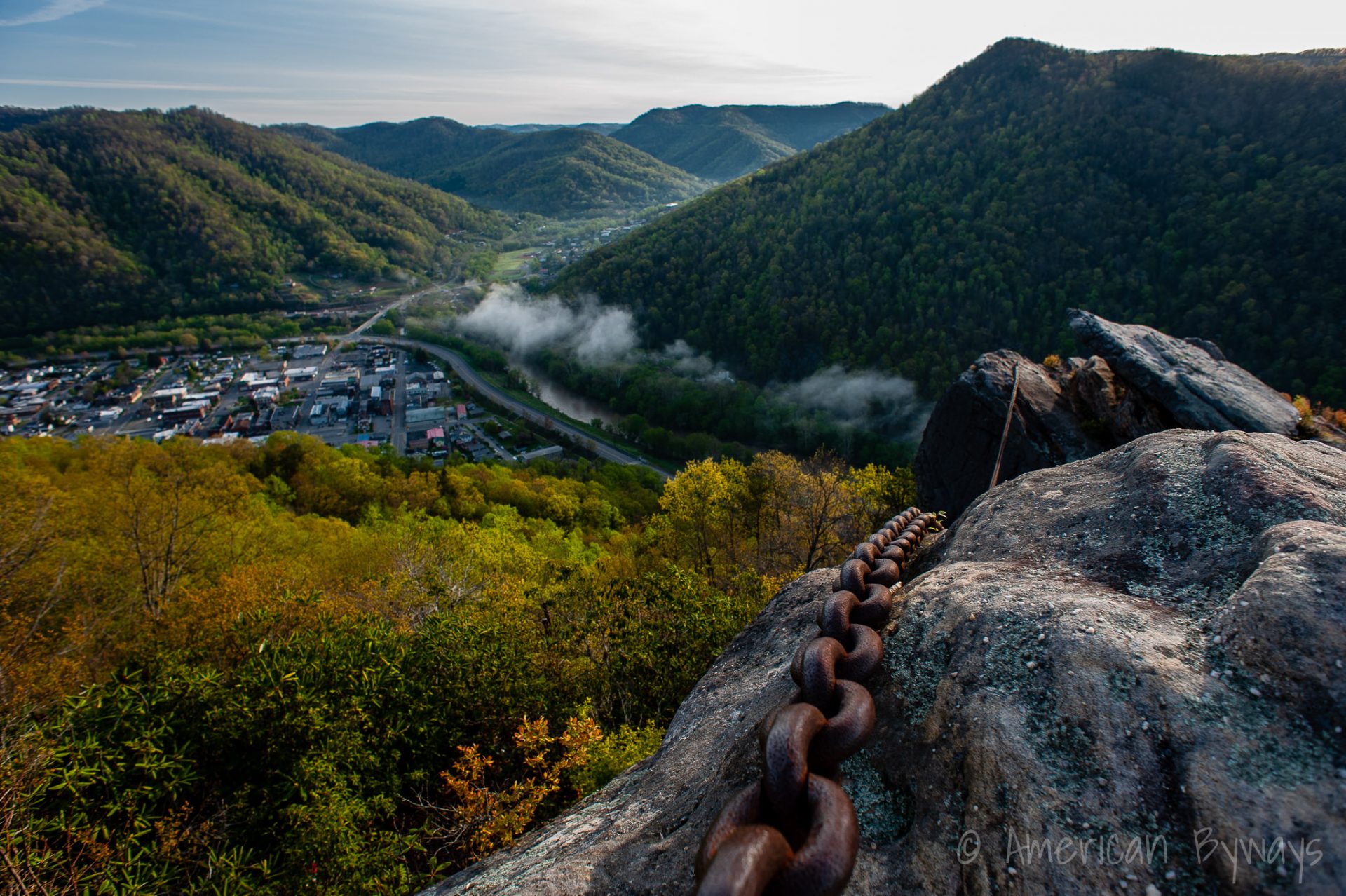 
Pine Mountain was opened in 1924 as Kentucky’s first state park and has grown over the decades to encompass 1,700 acres. More than half of the state resort park is dedicated as a state nature preserve to protect old growth forest.

There was speculation at the time at which area would become Kentucky’s first state park. A  reserve along the Cumberland Mountains was first considered but with its potential as a future national park, the state looked towards Pine Mountain. Dozens of local citizens joined county officials to assemble and donate land in a community effort towards the establishment of what became Pine Mountain State Park.

The formation of the Civilian Conservation Corps, a federally funded program designed to put citizens to work through the Great Depression, led to the construction of many of the today’s park’s amenities, including its hiking trails, shelters and cabins.

The Chained Rock Trail is just .35 of a mile long but accesses the famed Chain Rock that overlooks the city of Pineville, US Route 25E, and the surrounding mountains. On clear days, the Cumberland Mountains to the south can be viewed. The trail can be accessed from the Lookout Point parking area.

The Honeymoon Falls Trail, at 1¼ miles, accesses Honeymoon Falls. At 25 feet in height, it is the largest seasonal waterfall in the park. The scenic trail features numerous steps and grades as it snakes through old growth forest and rhododendron alongside mountain streams.

A view of Chained Rock.

A view of Pineville, Kentucky from Chained Rock.