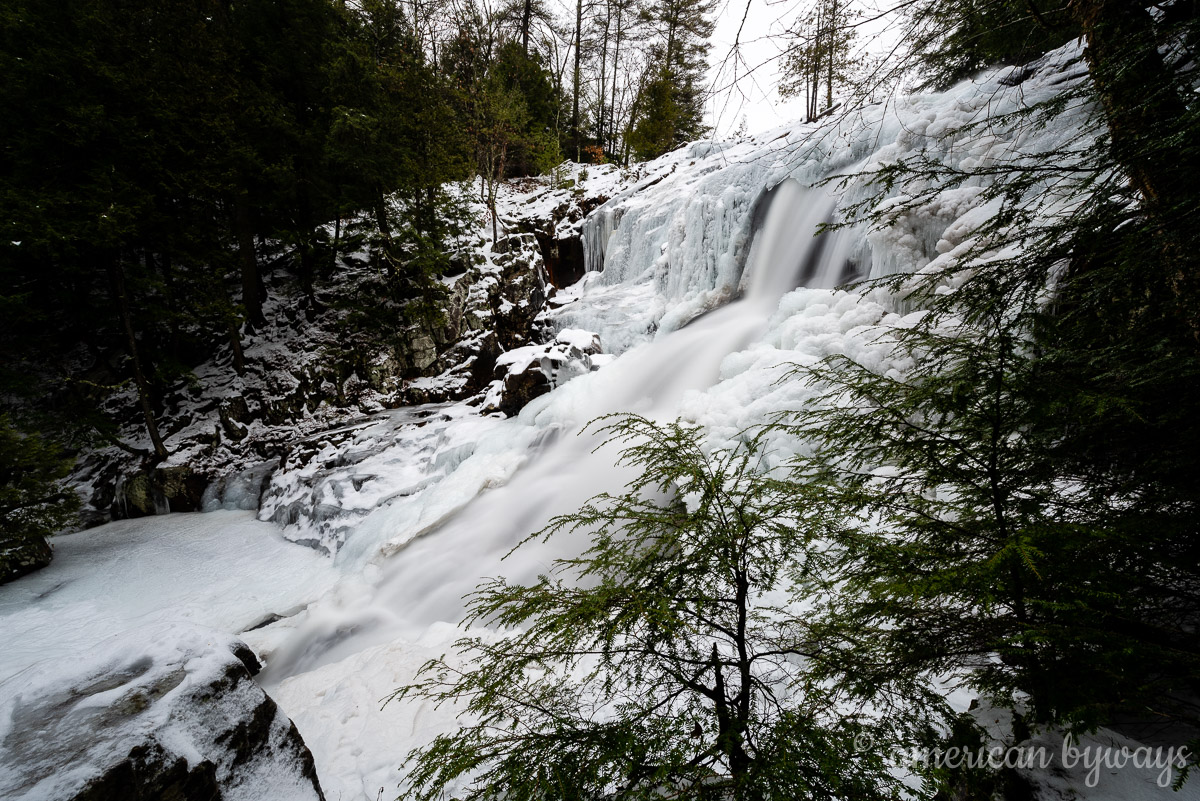 Shelving Rock Falls, a 75-foot cascade, is located along Shelving Rock Brook in the Lake George Wild Forest of the Adirondacks in New York.


George Knapp, founder and president of the Union Carbide Company, constructed his vacation residence in the shadow of Shelving Rock Falls in 1902. Like many other industry barons, such as the Astor, Rockefeller, and Vanderbilt families, Knapp had a passion for preserving large tracts of land for ecological and recreational purposes. The mansion burned down in 1917 and in the 1940s, the state acquired more than 20,000 acres of the former estate to form what became the Lake George Wild Forest in the Adirondack Forest Preserve.

Shelving Rock Road may be closed in the winter.

Pilot Knob Ridge basks in the early morning sunlight and lifting fog in the eastern fringes of the Adirondacks.
New York Waterfall