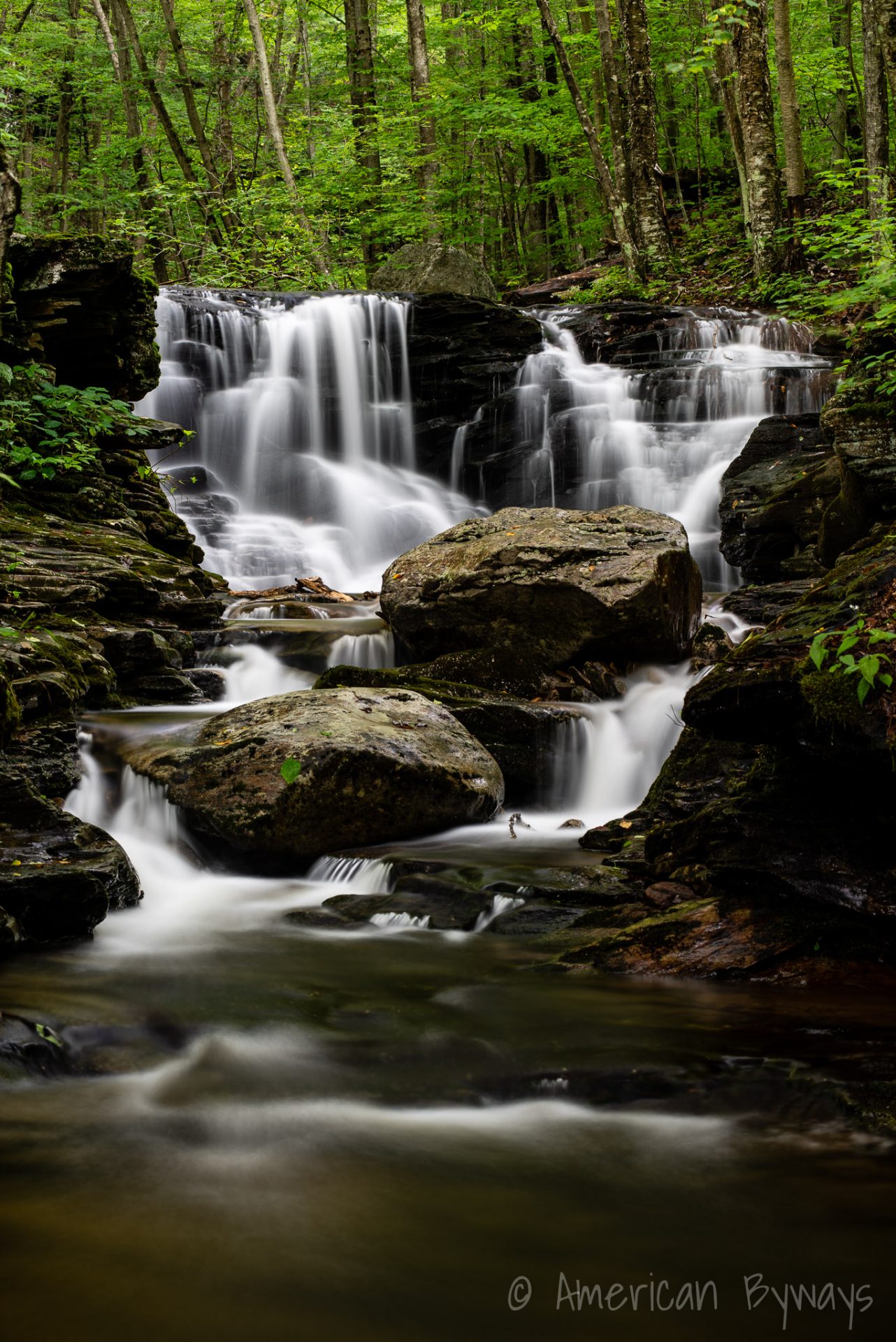 Miners Run Falls features numerous cascades and drops in the McIntyre Wild Area within the Loyalsock State Forest in the Endless Mountains region of Pennsylvania.

There is no formal trail along Miners Run, although the waterfalls are generally within a half-mile from the Rock Run Road crossing of the stream. Waterproof shoes or waders are a must in high water flows.

A springtime view of Miners Run Falls in the McIntyre Wild Area.