During the height of the Great Depression in the 1930s, two Civilian Conservation Corps (CCC) camps were located in Clifftop, West Virginia. Workers at Camp Beaver and Camp Lee, operated by the Civilian Commission of West Virginia in cooperation with the National Park Service of the Department of the Interior, were tasked with constructing the main facilities and trails of what became Babcock State Park. It erected the main park headquarters, 13 rustic cabins, a horse stable, a superintendent’s residence, a swimming pool on Glade Creek, and picnic facilities. All were built of locally quarried stone and American chestnut trees that were dying of the chestnut blight. Additionally, crews planted thousands of trees and helped restore landscapes that had been denuded by logging and fires that were sparked by passing steam locomotives.

Babcock State Park officially opened on July 1, 1937. Although several large improvements were completed in the 1960s that included the damming of Glade Creek to form Boley Lake, and the addition of a campground and new cabins, it was the construction of the Glade Creek Grist Mill in 1976 that dynamically changed how people viewed the park.

The mill on Glade Creek was built by combining parts and pieces from three other mills. The basic structure was sourced from the circa 1890 Stoney Creek Grist Mill, whereas the overshot water wheel was salvaged from the burned Spring Run Grist Mill near Petersburg. Other parts came from Onego Grist Mill near Seneca Rocks. The mill along Glade Creek, a recreation of a prior iteration that once ground grain long before Babcock became a state park, was built as a living monument to the over 500 mills that thrived in the state at the turn of the century.

Today, the Glade Creek Grist Mill provides freshly ground cornmeal for sale, although its availability is wholly dependent upon stream conditions. Regardless, visitors to the mill can journey back to a time when grinding grain was a way of life and when the turning of a mill wheel was music to the miller’s ear.

Glade Creek Falls is a 15-foot-high cascade along Glade Creek. 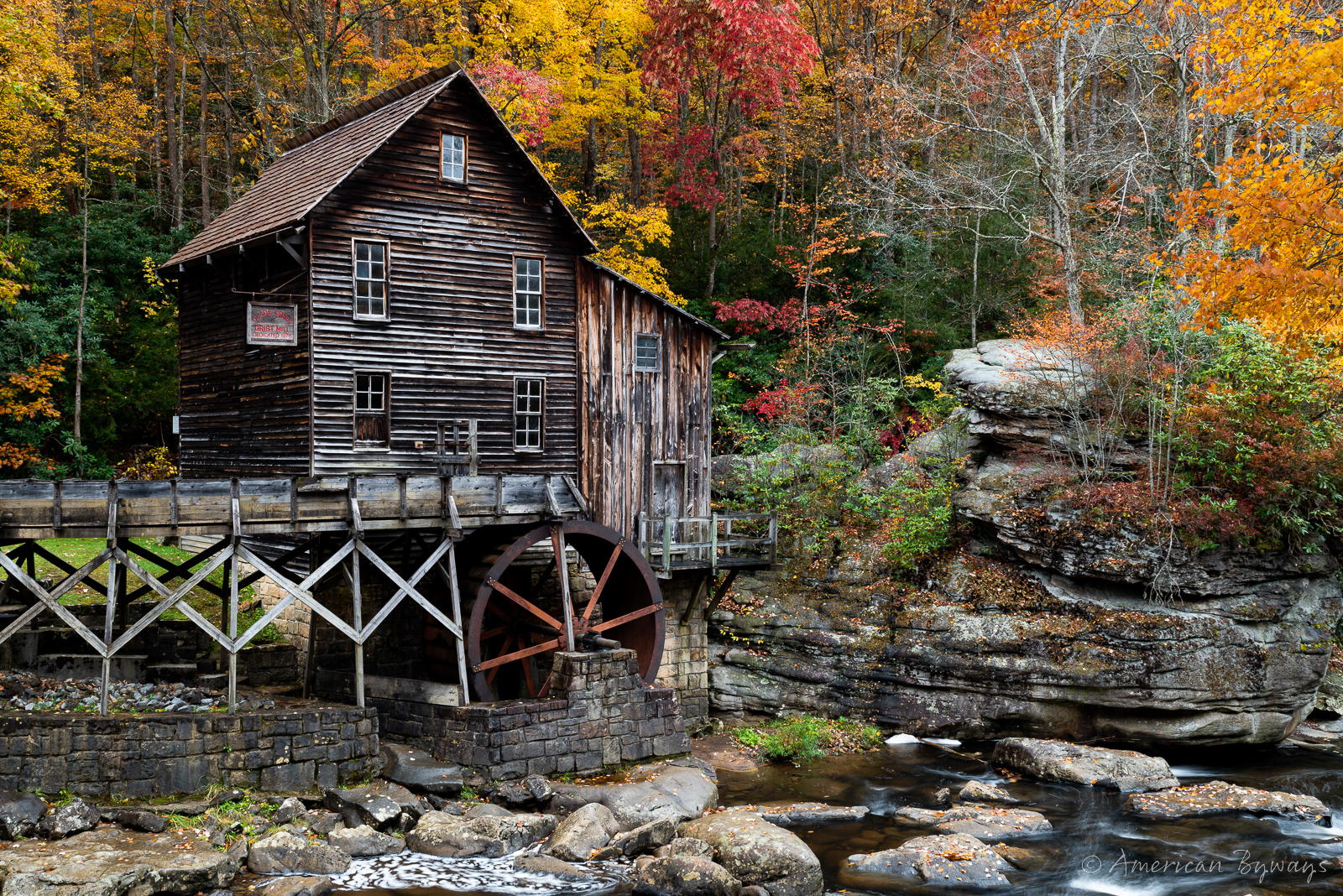