In 1790, Walter T. Livingston started a grist mill called Good Hope Mill along Roeliff Jansen Kill. The area was referred to as Blatner’s Mills, which was a misspelled name from one of the area’s first settlers, Jacob Platner.

Charles Bingham moved there from Connecticut in 1865 and converted the grist mill into a paper mill and erected several houses for his workers. Eventually, the community consisted of a grist mill, two paper mills, a blacksmith shop, a woolen factory, a c. 1857 Methodist Episcopal church, and 20 residences. By 1878. the village had 125 inhabitants.

In 1908, George Leary of New York City began building a hydroelectric power plant along the waterway and by 1928, all the land along the creek was purchased, a dam built, and the Red Hook Power & Light Company was put in operation.

The power plant’s operations were sold to New York Power & Light Company in the 1920s, which later sold it to Niagara Mohawk until it closed in the late 1950s. The dam was torn down in 1965.

Bingham Mill Falls is a 13-foot-high cascade along the Roeliff Jansen Kill. 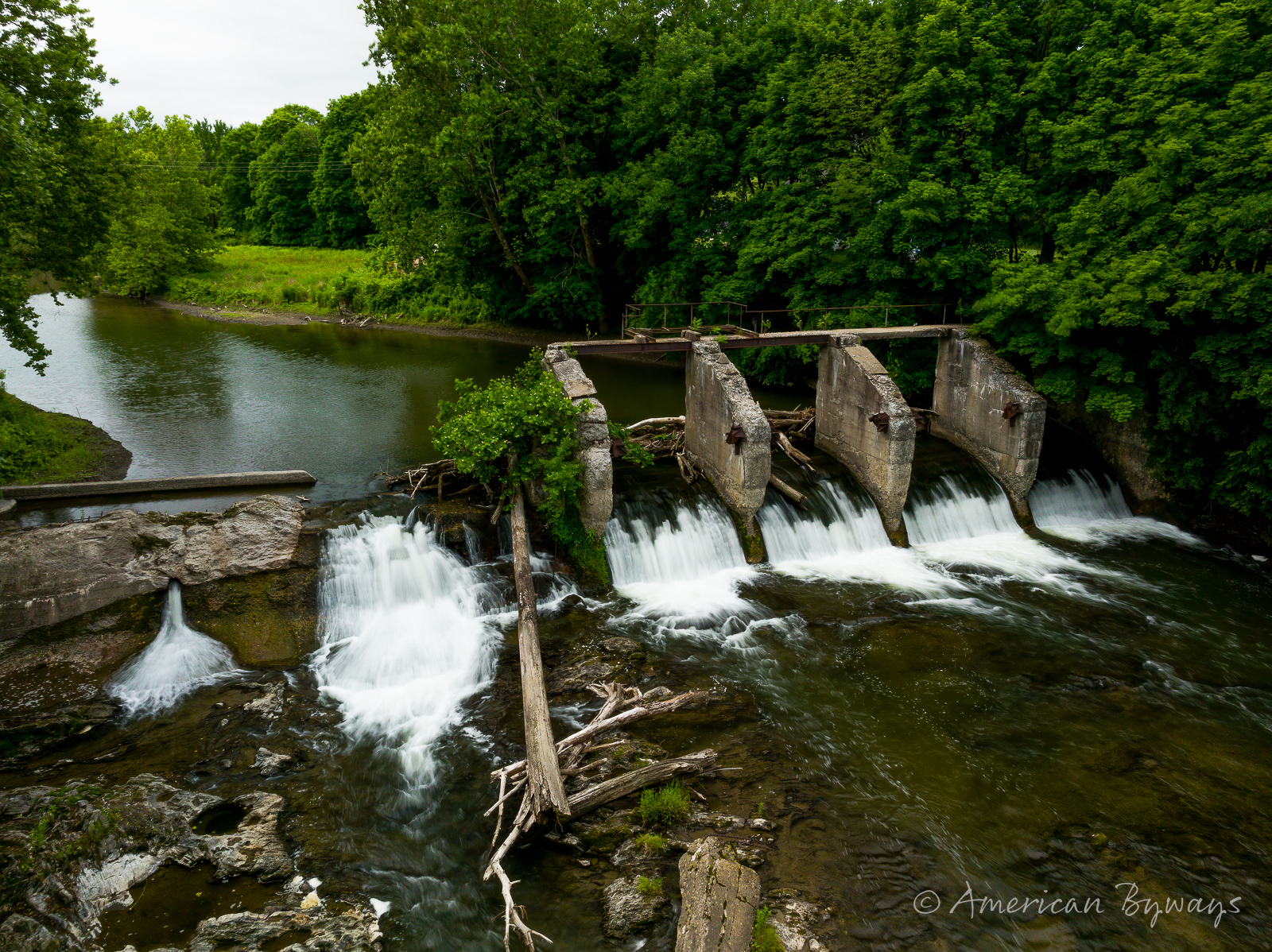