Step back into history at Cass Scenic Railroad, featuring a scenic train excursion to the top of Bald Knob, West Virginia’s third-highest mountain, at its centerpiece. Get a close-up perspective of the powerful Shay locomotives that chug up the steep grades, stay in unique lodging in former company houses, browse interpretative exhibits, shop in the Cass Company Store for unique gifts, and dine on home-cooked meals at Last Run Restaurant.

Cass is a historic company town that was constructed by the West Virginia Pulp & Paper Company in 1901. It consisted of 52 white-faced residences, a Pocahontas Supply Company store that sold food, dry goods, furnishings, and other supplies, two hotels, several restaurants, two schools, three churches, a hospital, and a clubhouse.

A railroad connected the Chesapeake & Ohio Railroad to Bald Knob at the top of Cheat Mountain, where a pulp peeling rossing mill and the company town of Spruce was built. Geared Shay locomotives toiled up and down the steep grades.

By 1915, logging operations extended all across Cheat Mountain with 81 miles of track in use. Cut logs were transported into Cass, where they were processed into pulp or hardwood flooring, with operations including a double-band sawmill and numerous drying kilns. The mill, which employed 2,500, was the largest in the world and could handle 125,000 board-feet per 11-hour shift, or 35 million board-feet per year. A tanning extract plant for waste bark allowed the company to produce hemlock and spruce bark extracts.

By 1950, Cass’ mill was down to running just one shift, and all logging operations ceased in July 1960. Afterward, a contract was let to dismantle and scrap the rail lines and Shay locomotives. After Russell Baum, a railroad enthusiast, and state legislators took the trip to Bald Knob via the historic Shay locomotives, the state was convinced that a state park at Cass was a novel idea worth considering.

The first excursion train operated from Cass in 1963 with Shays Nos. 1 and 4. The Cass Historic District was listed on the National Register of Historic Places in 1980.

Today, 20 of the former company houses have been restored, and others stabilized pending future rehabilitation. The Cass Scenic Railroad still runs the world’s largest fleet of geared Shay locomotives. In particular, Shay No. 5, which has been toiling up and down Cheat Mountain for nearly a century, is one of the oldest engines in continuous service on its original line, and the second oldest Shay in existence.

The Durbin & Greenbrier Valley Railroad operates numerous mountain rail adventures that depart from the historic Cass depot, and at stations in Cheat Bridge, Durbin, and Elkins. Rides include: 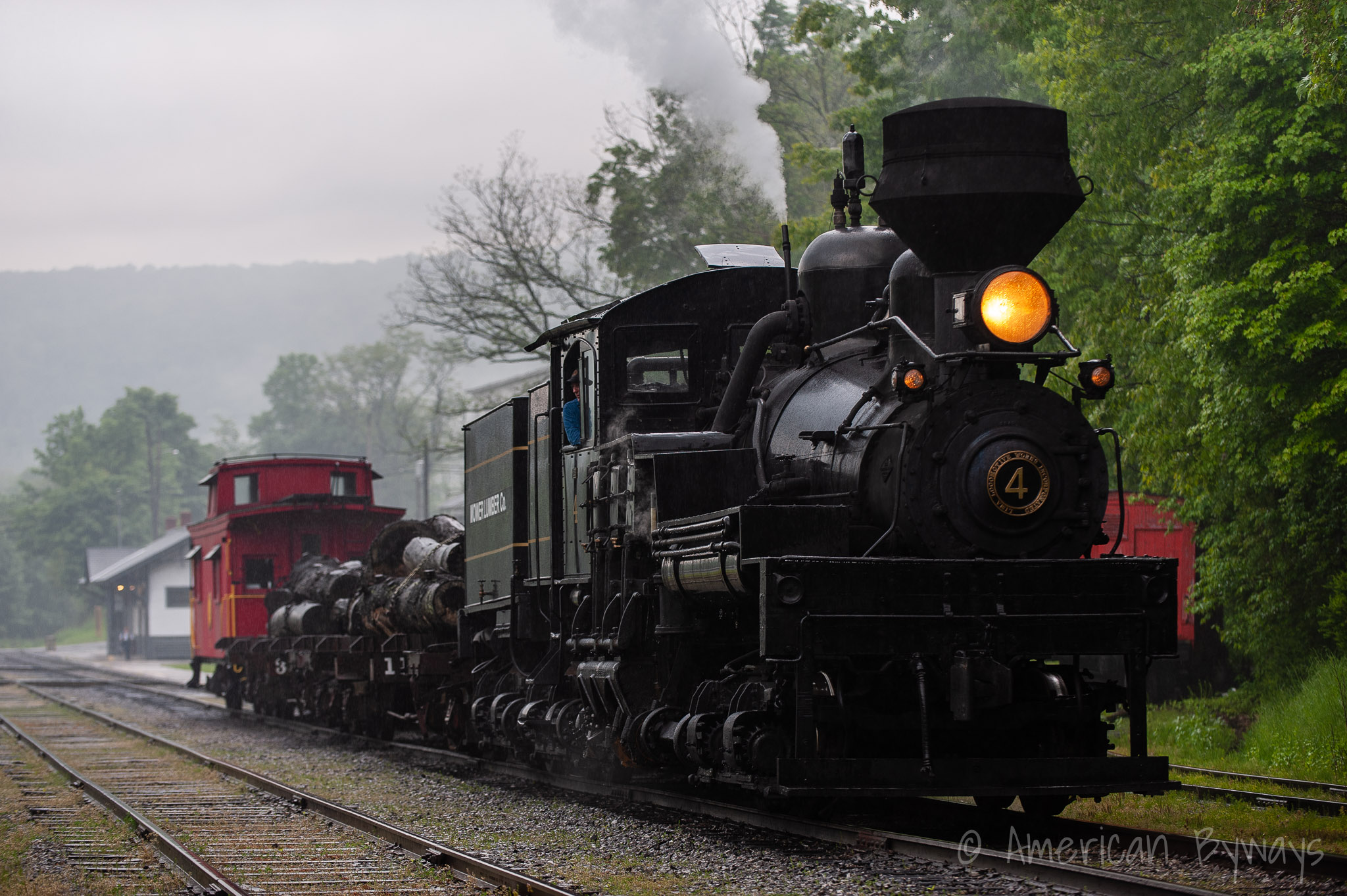