Death Brook Falls, also known as Secret Falls, is located along Death Brook near the hamlet of Raquette Lake, New York in the Adirondack Mountains.

The hike to the 70-foot waterfall along Death Brook Falls Trail (49A) is a brief one-third-mile hike along a fairly wide footpath. The trail passes through some fairly soggy fields and can become quite waterlogged after a decent spring rain.

Raquette Lake was first settled in the 1830s and was isolated, accessible only by the occasional guide boats and wagons until the Mohawk & Malone Railway was constructed in 1892. Early timber and resource-heavy industries developed but were on the decline by the early 1910s after much of the virgin timber was cut from the surrounding mountains. The formation of the Adirondack Park in 1885 began a conservation movement of some of the last remaining wild forests in the Northeast United States.

Death Brook Falls is a 70-foot cascade along Death Brook.

From the junction of State Routes 28 and 28A in the hamlet of Blue Mountain Lake, follow State Route 28 south for 9.7 miles to a widened shoulder at the trailhead. 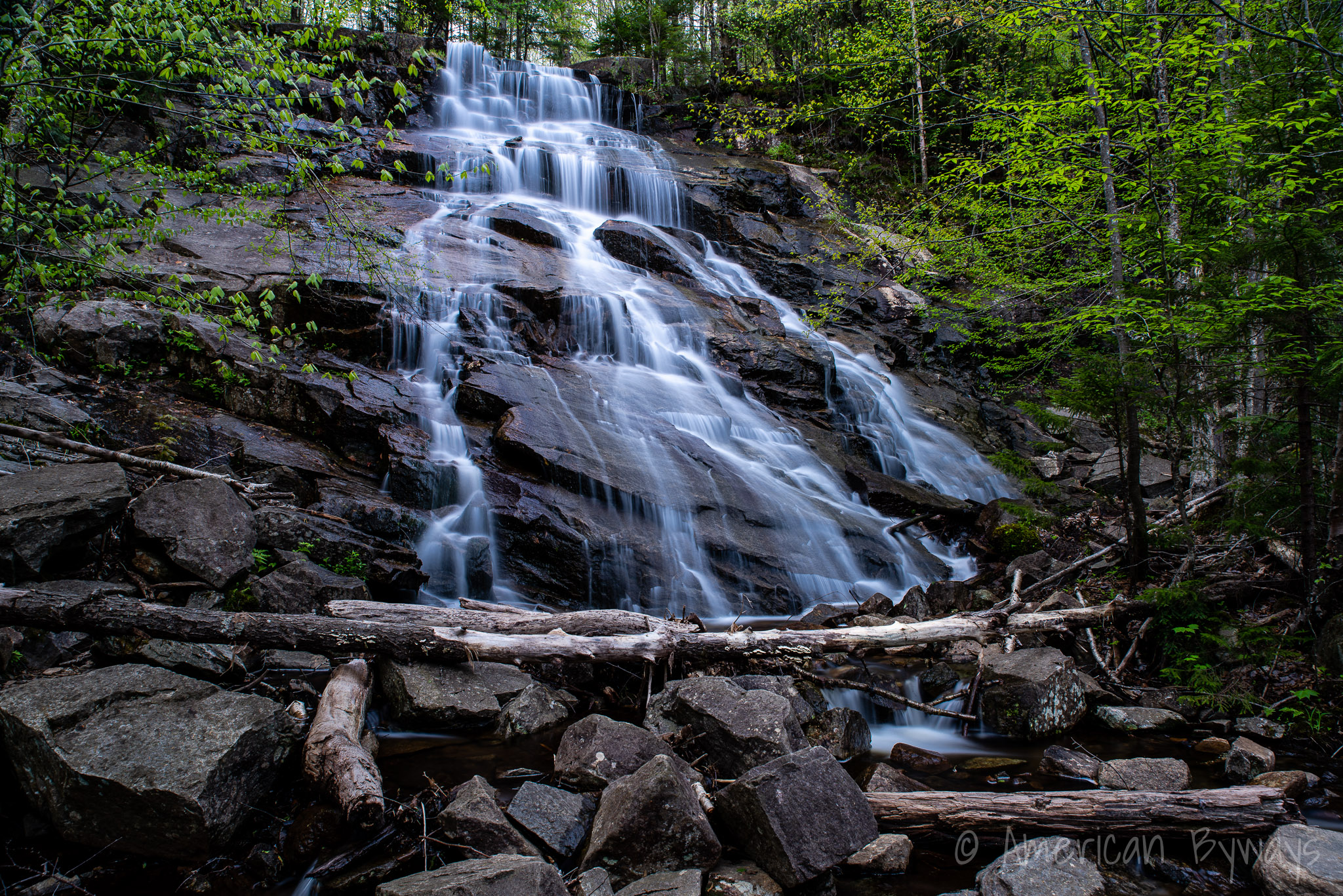