Hawks Nest was first known as Marshall’s Pillar from the circumstance that Chief Justice John Marshall visited the spot in 1812 and took measurements of its height. The name was not every popular, and it quickly became better known as Hawks Nest for the fish hawks by the hundreds used to nest and raise their brood in the fissures and potholes of the mountain. The construction of the Chesapeake & Ohio Railway in 1872 scared away the hawks permanently.

Before the advent of the state park, Hawks Nest was the site of a trail used by Native Americans. Later, the Chesapeake & Ohio Railway was completed through the New River Gorge below the Hawks Nest overlook, followed by the completion of the Hawks Nest Dam and Tunnel to generate hydroelectricity and prevent downstream flooding. It was not until 1935 that the state acquired land for what became Hawks Nest, and a lodge and other amenities were added in 1963.

Ansted Falls is an approximate 15-foot cascade at the terminus of an unnamed tributary at Mill Creek adjacent to a former mill and the former railroad bridge.

Mill Creek Falls is a 20-foot waterfall along Mill Creek.

There are over 4½ miles of trails at Hawks Nest, ranging from strenuous single track paths to paved walkways. Three of the best trails at the park include:

The rugged 1.7-mile Cliff Side Trail starts at the Midland Trail Shelter near the lodge and ends near the Hawks Nest Overlook. It traces alongside Nutall sandstone cliffs and connects to a waterfall along Turkey Creek and views of the Hawks Nest Dam and Tunnel.

The steep ¾-mile GSYP Trail begins at the lodge and descends through hardwoods, ferns, and rock outcroppings as it winds is way down to the New River.

Beginning on Hawks Nest Road in Ansted, the 1.8-mile Hawks Nest Rail Trail follows the path of a former Chesapeake & Ohio Railroad branch. It passes by several waterfalls along Mill Creek and the remains of a coal mine. 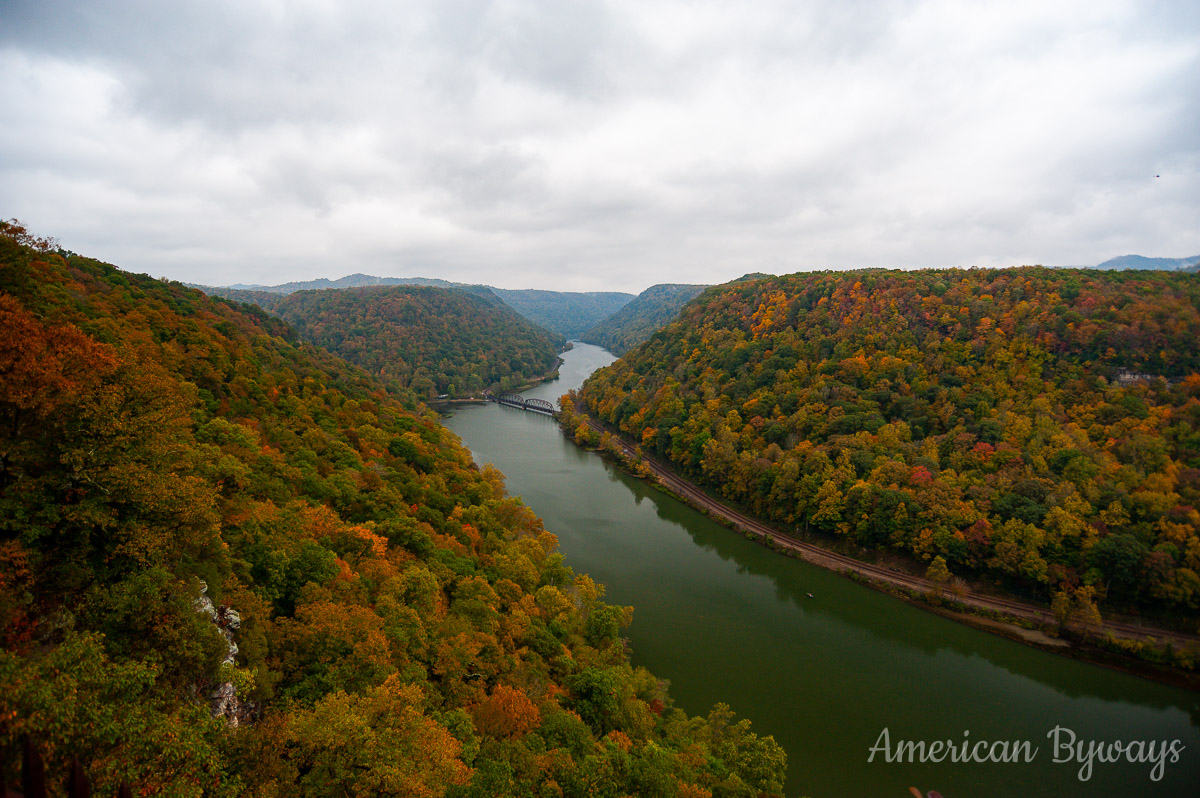