The Highland Scenic Highway, co-signed as WV Route 150, is a 43-mile scenic byway that winds through the Allegheny Highlands and Plateau within the Monongahela National Forest in north-central West Virginia.

The two-lane road extends from Richwood to US Route 219, seven miles north of Marlinton, and rises from an elevation of 2,300 feet to over 4,500 feet. It passes by the Cranberry Mountain Nature Center, Cranberry Glades Botanical Area, Falls of Hills Creek, and four developed overlooks of the surrounding mountains and valleys. It also connects to 150 miles of hiking and biking trails, trout fishing streams, and other recreational opportunities.

The Cranberry Mountain Nature Center, at the junction of WV Route 150 and WV Routes 39 and 55, offers information about the Monongahela National Forest and other nearby areas. It includes exhibits about the forest ecosystem and local history and offers special wildlife programs and guided tours.

Nearby is the Cranberry Glades Botanical Area, a 750-acre National Natural Landmark. The bog is an acidic wetland typically found in the northern United States and Canada and is accessible via a half-mile barrier-free boardwalk.

A request was made to Congress in 1961 by U.S. Senator Robert C. Byrd for scenic highway funds, and he and U.S. Senator Jennings Randolph, Chairman of the Public Works Committee, worked together on the project. On July 10, 1965, a dedication program was held at the Cranberry area to start the building of a 22-mile section from WV Route 39 to US Route 219. Instead of cutting a ribbon, Randolph and Governor Hulett Smith sawed a tree. A dedication for the byway was held on October 11, 1981. It was once planned to extend the highway beyond US Route 219 to Gormania. 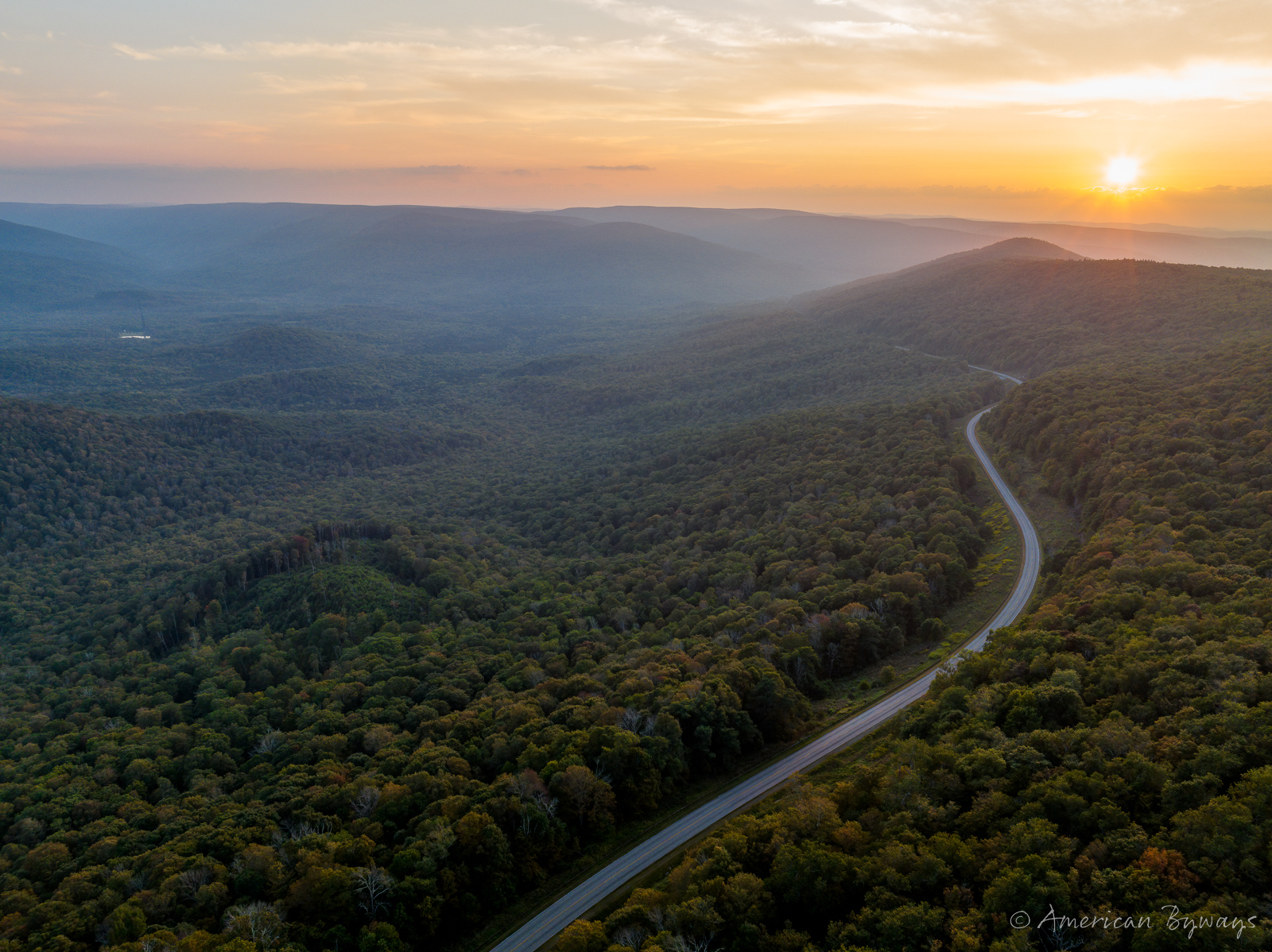