Levi Jackson Wilderness Road Park is a historical and recreational park located in London, Kentucky. The park is named after Levi Jackson, a pioneer who traveled the Wilderness Road, a historic trail that was used by early settlers to migrate westward through the Appalachian Mountains.

The historic Wilderness Road was the main route used by settlers for more than 50 years to reach Kentucky from Virginia. In 1775, Daniel Boone blazed the trail for the Transylvania Company from Fort Chiswell in Virginia through the Cumberland Gap into Kentucky. It was later lengthened, following Native American trails, to the Falls of the Ohio. In the early days, the trail could only be traversed on foot or horseback, but it was steadily improved until horse-drawn wagons were able to follow it.

Levi Jackson, one of the first settlers in Laurel County, arrived in 1802 with his partner John Freeman who claimed a large tract of land along the Wilderness Road as payment for services in the American Revolutionary War. In 1803, Jackson erected a large two-story house which he and Freeman operated the Wilderness Road Tavern and Laurel River Post Office out of. The surrounding area became known as “Jackson’s Farm” and remained in the Jackson family until 1931, when the land was donated to the state to honor the pioneers of the Commonwealth. Park facilities were constructed during the Great Depression in 1935. The National Park Service constructed cabins, footbridges, an auditorium, and an observation tower, while the Civilian Conservation Corps restored an old log cabin and built McGargue’s Mill in 1939.

It remained a state park until 2019, when ownership was transferred to the city. Today, the Levi Jackson Wilderness Road Park features the Mountain Life Museum, a recreation of a pioneer settlement, and McHargue’s Mill, a reproduction working watermill with authentic interior works surrounded by a display of millstones. The park is crossed by portions of the Wilderness Road and Boone’s Trace, another pioneer trail blazed by Daniel Boone. While the Wilderness Road has been paved as part of KY Route 229, Boone’s Trace is open to hikers only.

1
Visit McHargue's Mill McHargue's Mill is a reproduction working watermill where fresh ground corn meal can be purchased. The mill is open seasonally.
2
Explore the Mountain Life Museum Explore the Mountain Life Museum, a reproduction pioneer settlement. The buildings were either moved from other sites or built as replicas and filled with pioneer relics, including tools, agriculture products, household implements, and craft items from local artists.

One of the many millstones that reside outside of McHargue’s Mill, a reproduction working watermill with authentic interior works.

From London, follow US Route 25 south and turn left onto KY Route 1006 (Levi Jackson Road), or follow KY Route 229 south into the park. 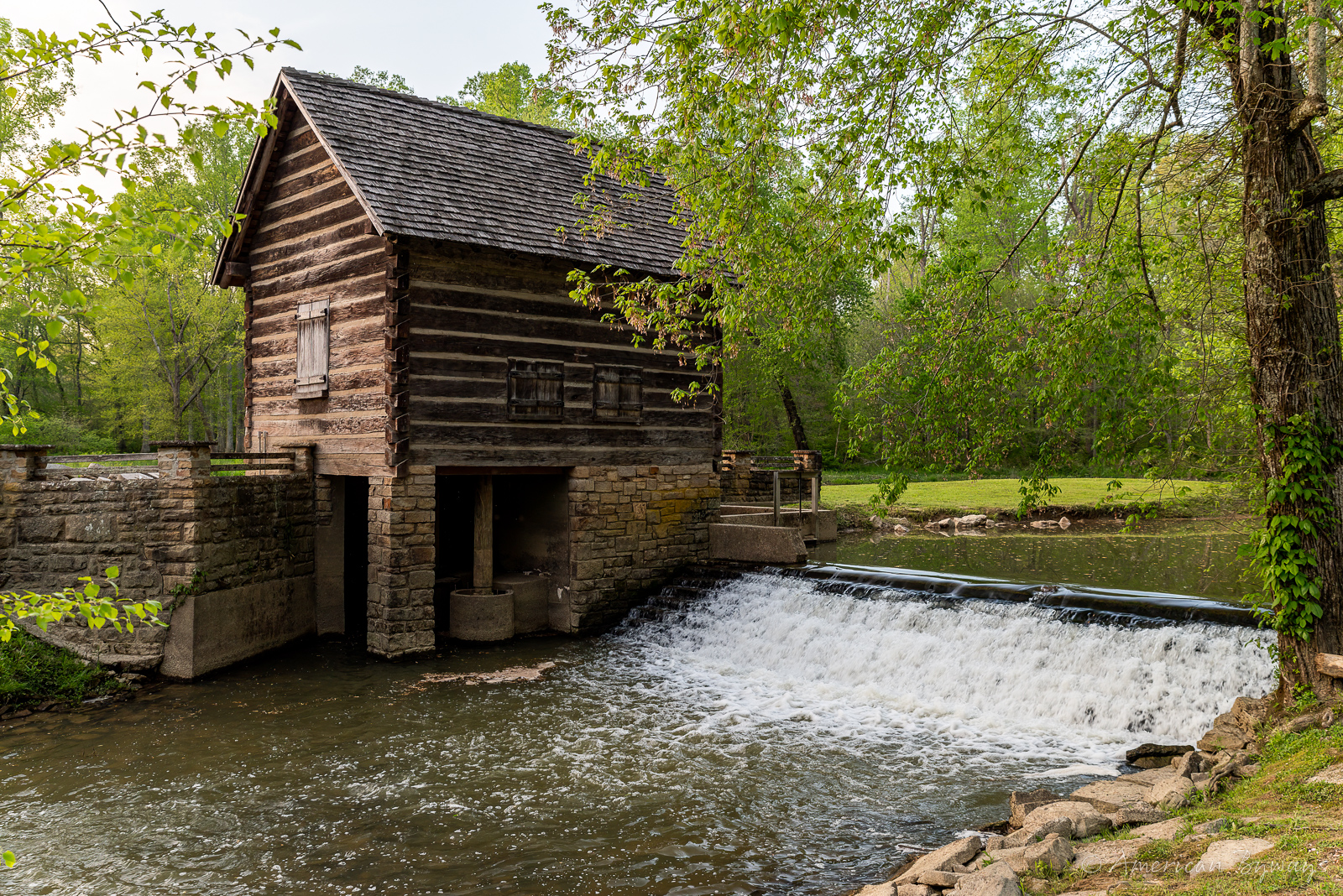