The state park is also notable for hosting traditional Appalachian square dances on an open-air dance floor which are held on Friday and Saturday evenings throughout the summer.

Natural Bridge State Park was founded as a private tourist attraction along the Lexington & Eastern Railroad in 1895 as a way of drawing tourists to take the train to the natural attraction. In 1910, the railroad and park were acquired by the Louisville & Nashville Railroad. The railroad president turned over its holdings to the state in 1926, making Natural Bridge one of Kentucky’s original four state parks when it was established later in the year.

There are more than 20 moderate to difficult trails at Natural Bridge State Park. Some of the most memorable include:

The Balanced Rock Trail (No. 2) is the steepest trail in the park which includes more than 600 stairs, but it passes by Balanced Rock, a small cave, and provides an alternate path to the top of the ridge.

The Henson Arch Trail (No. 7) is a short trail that leads to an unusual limestone arch at the entrance to a small cave.

From the Mountain Parkway at Slade, follow KY Route 11 south for 2 miles. 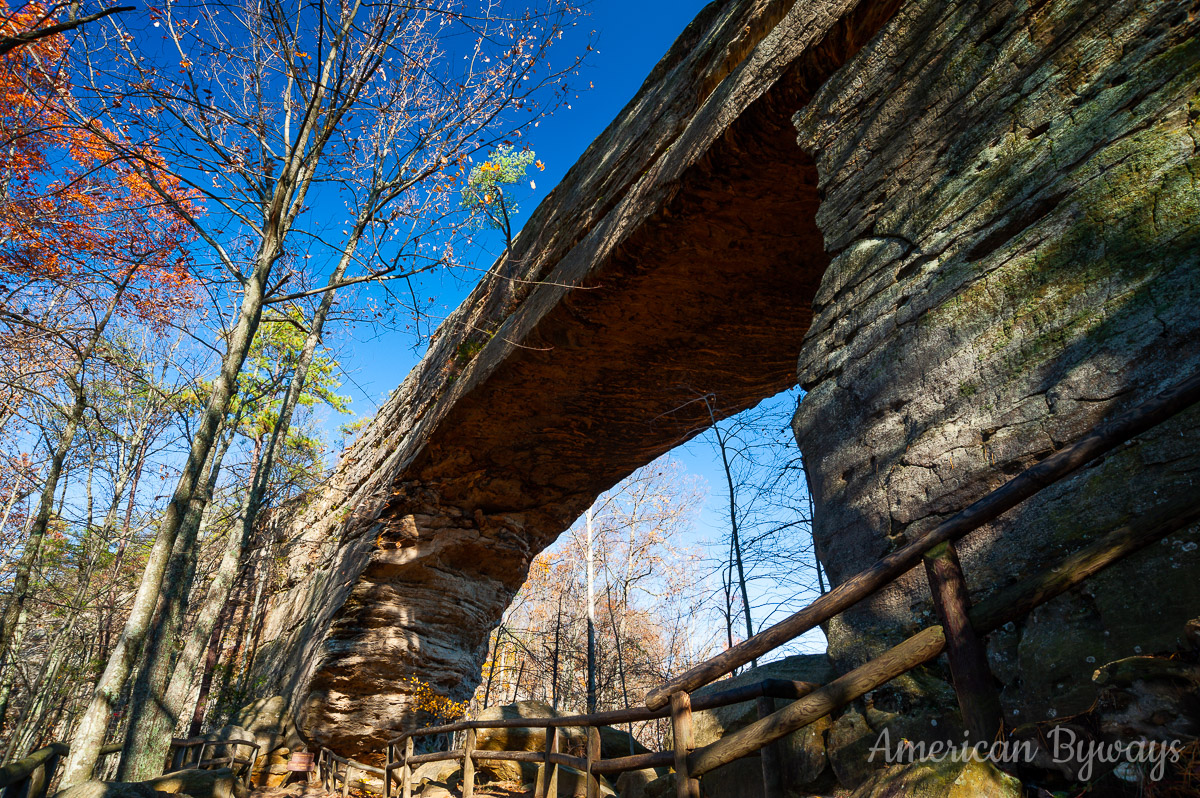