Taughannock Falls State Park’s namesake centerpiece is the roaring Taughannock Falls, which plunges 215-feet into a wandering canyon. Located in the Finger Lakes region of central New York, the reserve offers year-round hiking and imposing, breathtaking scenes around every bend.

The waterfalls are best viewed during the spring and after heavy rains when the relative trickles roar to life. And with the Gorge Trail open in the winter, Taughannock Falls can be observed as the mist builds up ice against the cliffs.

The name Taughannock derived from Native American origins. It may roughly translate to a combination of Iroquois and Algonquin terms meaning “great fall in the woods,” or to a Lenni Lenape chief named Taughannock, who died near the falls during a battle.

Taughannock Creek was used as a source of power for a gun factory and mills in the early 19th century. In the 1870s, Victorian hotels were built in the region to serve tourists who traveled to view the waterfalls via steamboats and railroads. New York formed a 64-acre state park in 1925, which was improved by the Works Progress Administration in the 1930s. It was later expanded to its present size of 750-acres.

Upper Falls is a 100-foot plunge waterfall along Taughannock Creek.

Taughannock Falls is a 215-foot plunge waterfall along Taughannock Creek.

Lower Falls is a 15-foot block cascade along Taughannock Creek.

The Black Diamond Trail, a gentle 8½-mile rail-to-trail, connects to the Upper Falls parking area and Ithaca. It is not considered part of the state park. 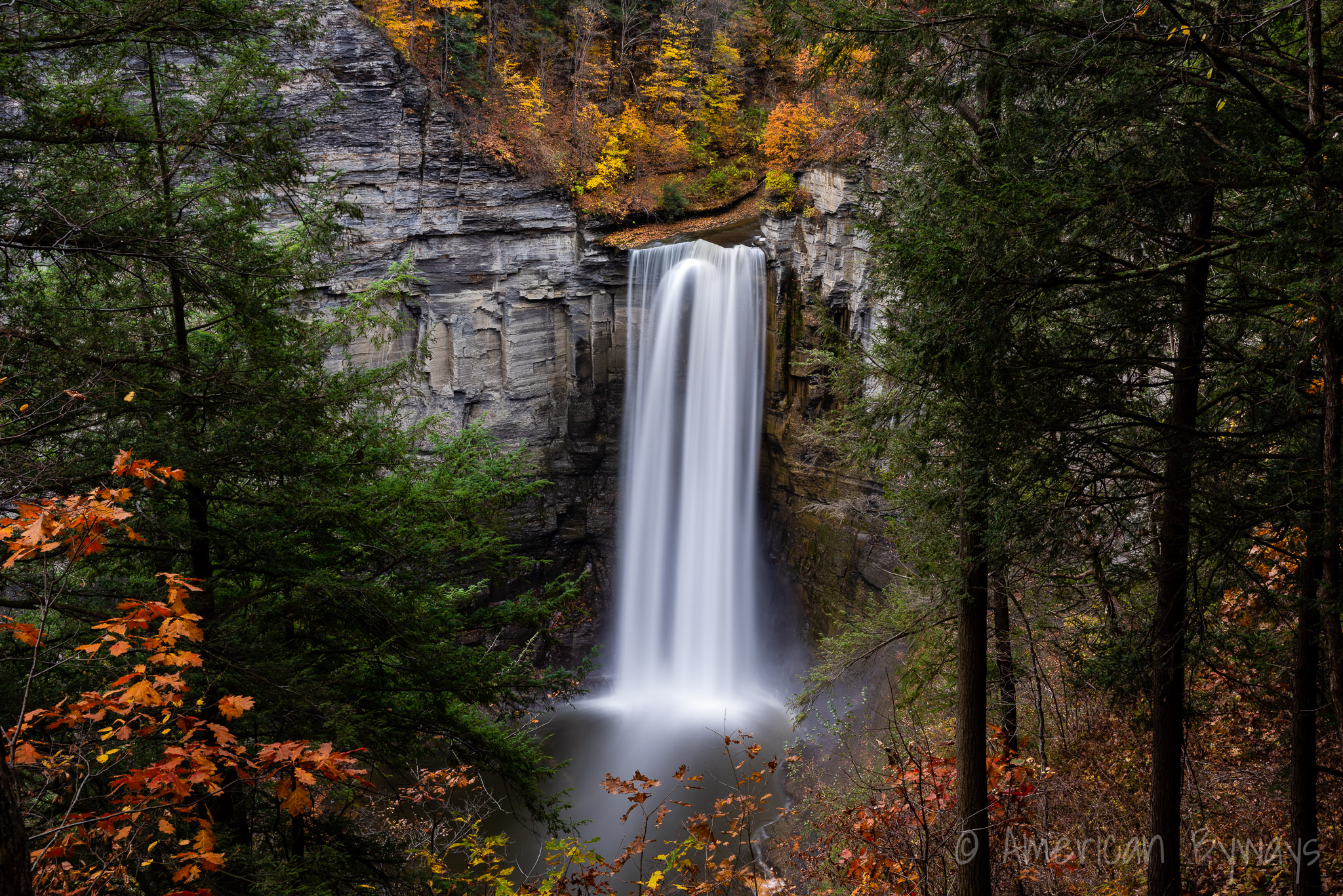