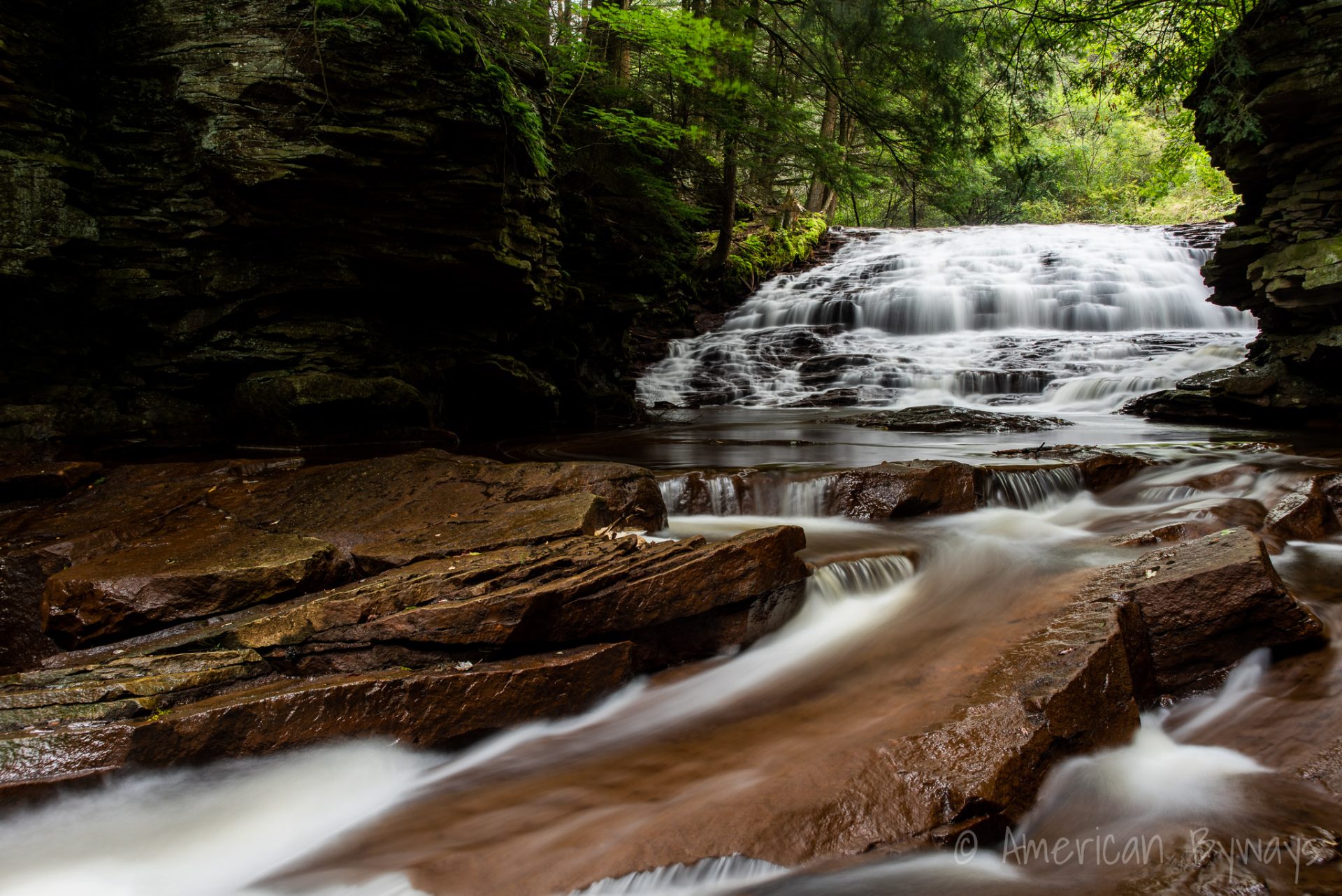 
The community of Fall Brook was established in 1860 by the Fallbrook Coal Company along Fall Brook Creek. John Magee and his son, Duncan, had discovered coal along the banks of the stream. The company soon constructed a railroad to connect Fall Brook with Corning, New York, where the coal was transported to the Erie Canal via Chemung Canal and Seneca Lake.

By 1862, Fall Brook had a population of 1,400. The coal seams were exhausted after the American Civil War, and by the close of the 19th century, the town ceased to exist.

Tioga State Forest was formed in June 1900 to protect the headwaters of Pine Creek in response to the depletion of forests and the degradation of land in the state. Conservationists feared that without proper management, the woods would not regrow. Lumber and iron companies had harvested the old-growth forests on a massive scale, leaving behind rotting stumps and sash that was ready fuel that needed just a spark from a passing steam locomotive to become an inferno. Additionally, tanneries took advantage of the availability of oak and other bark in tanning animal hides into leather, which led to tannic acid pollution, while other companies extracted coal that led to acid mine drainage that fouled streams.

Tioga State Forest was named after the Tioga tribe of the Seneca, whose homeland was in the region. Tioga translated into English represents two rivers.

Recent improvements to Fall Brook Creek include the addition of an in-stream lime-dosing site and two other passive treatment systems to increase the pH balance in the water because of acid mine drainage. Water samples below Fall Brook Falls indicate a significant increase in the pH from 3.6 to 7. As a result, wild brook trout and other native aquatic species have been spotted in Fall Brook for the first time in nearly a century.

There is an unmarked trail that extends for a little over 1,000 feet along the west bank of Fall Brook Creek from the gravel parking area to the top of Upper Fall Brook Falls. An informal path leads down to an access point for the stream, which can be used to view Lower Fall Brook Falls.

From Blossburg, head southeast along Main Street. After 1½ miles, bear left onto Morris Run Road (PA Route 2014). Follow Morris Run Road for 4 miles. A small gravel parking area can be found on the south side of the roadway west of Fall Brook Creek.