Nay Aug Falls is a 22-foot horsetail waterfall along Roaring Brook at Nay Aug Park in Scranton, Pennsylvania. The Nay Aug Gorge, which contains the cascade, is listed on the National Register of Geologic Landmarks and the gorge and waterfall are a National Natural Landmark.

Roaring Brook was described by Horace Hollister’s 1885 History of the Lackawanna Valley as the noisiest tributary of the Lackawanna River as it featured numerous waterfalls and rapids along much of its 21-mile course from the Pocono Mountains. The stream was historically known as Nay-aug, a name derived from a Native American language meaning “roaring.”

In 1893, Nay Aug Park was developed in Scranton at a time when the city was growing into a bustling industrial center. The reserve was once part of the Beckett estate and was at that time owned by the Lackawanna Iron & Coal Company. Over time, an amusement park, the Everhart Museum of fine art and natural history, two swimming pools, and a zoo were added. In 2007, a fully accessible treehouse was added to provide views of the gorge and surrounding area.

But the centerpiece of Nay Aug Park has always been the 22-foot-high Nay Aug Falls, which is surrounded by towering 100-foot cliffs and twisting bends as the water flows over conglomerate and through a soft siltstone formation. 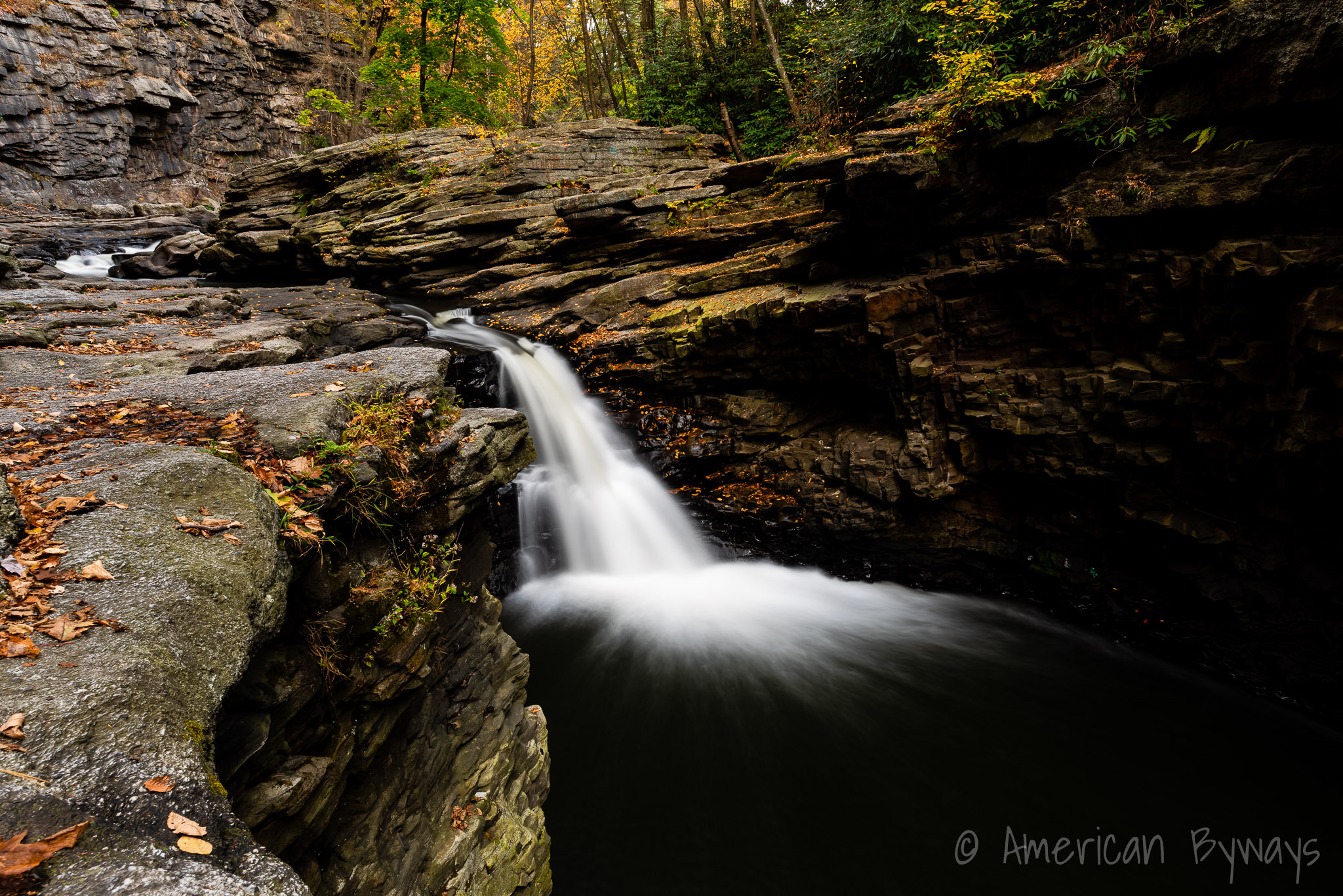