Rattlesnake Falls is a scenic 20-foot horsetail waterfall within Pinchot State Forest near Scranton, Pennsylvania. The ruins of an old tannery, built circa 1845, can be seen upstream of the cascade.

Lackawanna State Forest was formed in early 1902 in response to the depletion of forests in Pennsylvania in the 19th century. Conservationists feared that without proper management, the forests would not regrow. Lumber and iron companies had harvested the old-growth forests on a massive scale, leaving behind rotting stumps and sash that was ready fuel that needed just a spark from a passing steam locomotive to become an inferno. Additionally, tanneries took advantage of the availability of oak and other bark in tanning animal hides into leather.

By the close of the 20th century, Lackawanna had grown to include 8,000 acres of land. A resurgent interest in land protection and conservation, working alongside local governments, private landowners, and conservation groups, led to the purchase of 40,000 additional acres in the first two decades of the 21st century.

In 2015, Lackawanna State Forest was renamed Pinchot State Forest in honor of Gifford Pinchot who had served as the first Chief of the United States Forest Service and as the 28th Governor of Pennsylvania.

Rattlesnake Falls was formerly on private property but is now open to passive, public access thanks to an acquisition of watershed lands made in 2004. There is an informal 1-mile in-and-out trail that extends from PA Route 502 to Rattlesnake Falls that follows the southern fringe of Nesbitt Reservoir and Rattlesnake Creek to the waterfall.

There is limited parking available at a gate, and vehicles will need to park along the shoulder off of the roadway along PA Route 502. Do not block the gate. 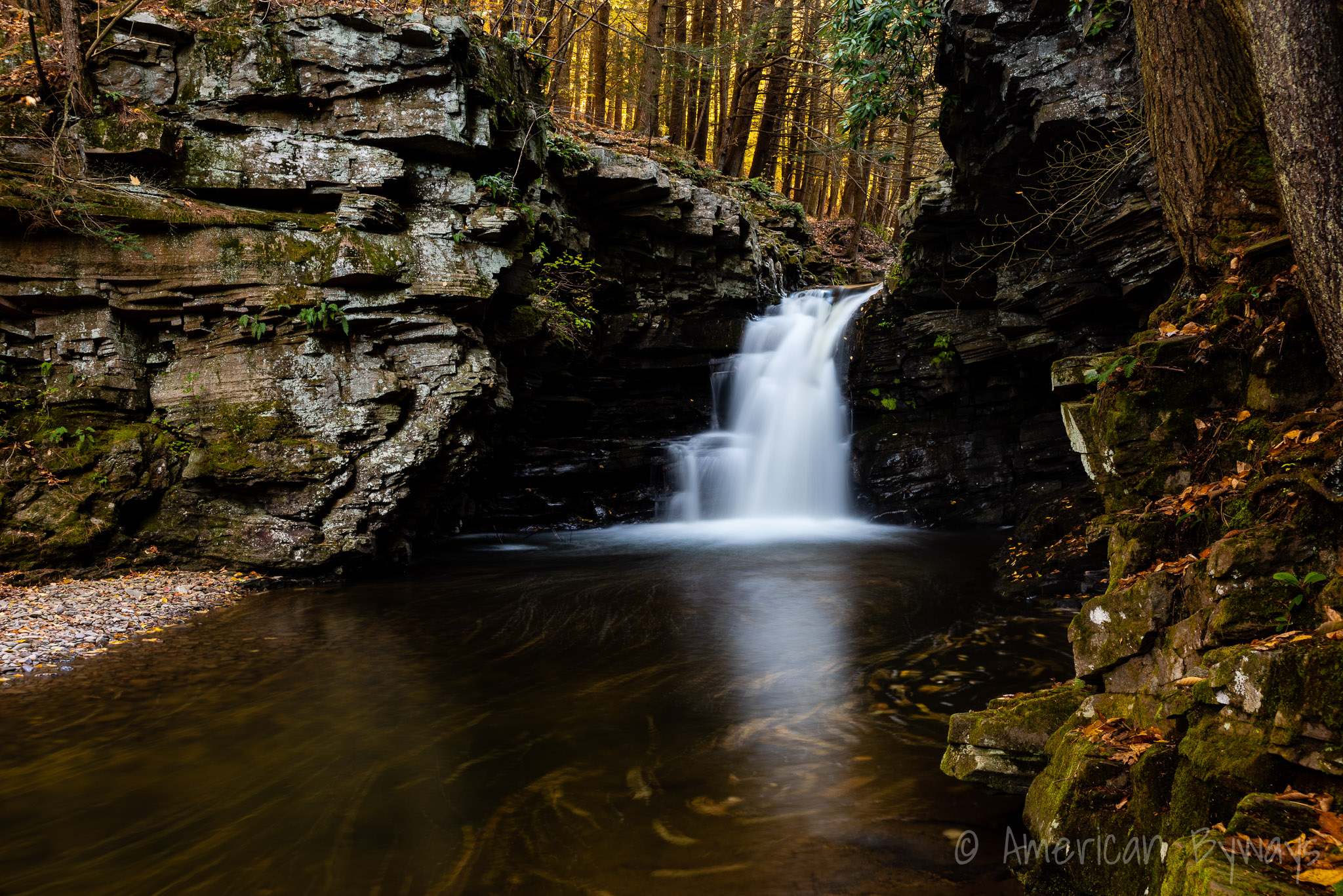