The Big Muskie is a former dragline excavator for the Central Ohio Coal Company near Cumberland, Ohio. All that remains of what was one of the world’s largest earth-moving machines is the bucket, now part of a park on reclaimed strip mine lands.

The Central Ohio Coal Company began stripping the Meigs Creek No. 9 coal seam near Cumberland in Muskingum County in 1952. They contracted with the Ohio Power Company to supply coal to its new coal-fired power plant in Beverly along the Muskingum River. But after three additional units were added to the power plant by 1960, Central Ohio Coal decided upon a radical expansion plan.

The Big Muskie, a Model 4250-W, was constructed by the Bucyrus-Erie Company in 1966-69 for Central Ohio Coal after two years of design work. The company chose the dragline excavator over a traditional shovel because it could strip 8,000 yards of overburden per hour to allow for the uncovering of high-sulfur brown Ohio coal 185-feet below ground. After the earth was removed, the Big Muskie would be moved a short distance at 1.76 inches per second via a roadbed of heavy wooden beams to another pre-prepared digging position using massive hydraulic walker feet.

The Big Muskie cost $25 million to fabricate in South Milwaukee, Wisconsin, and ship to Ohio where it was erected on-site. It took 340 rail cars and 260 trucks to ship all of the components, and 200,000 man-hours to erect. The 27-million pound, 32-story tall machine included a 330-foot twin-boom and a 220-cubic-yard bucket, large enough to hold a 12-car garage, with a total width of 151 feet, or the size of an eight-lane road. Because of its high cost, the Big Muskie was the only one of its type ever built.

The dragline was powered by electricity supplied at 13,800 volts by a trailing cable, which had its own transporter to move it. The electricity-powered 18 1,000 HP drives and ten 625 HP DC electric motors. While operational, the Big Muskie used the equivalent of the power for 27,500 homes, costing tens of thousands of dollars per hour just in power costs. The machine had a crew of five and worked around the clock, with an emphasis on night work since the per kilowatt-hour rate was much cheaper.

Coal was shipped via the Muskingum Electric Railroad, a private coal-carrying railroad owned by American Electric Power (AEP), to the AEP Muskingum River Power Plant in Relief. The MERR began operations in 1968 and used driverless, automated General Electric A50C engines. It was the first automated railroad in the nation.

A rapid drop in demand for high-sulfur coal following the passage of the Clean Air Act in 1977, along with an increase in electricity costs and public opposition to large-scale strip mining operations, eventually made the Big Muskie unprofitable to operate. It was removed from service in January 1991. During its 22 years of service, the Big Muskie removed more than 608 million cubic yards of overburden, or twice the amount of earth removed during the construction of the original Panama Canal, uncovering over 20 million tons of coal.

Attempts to sell the Big Muskie proved futile, as no coal company wanted to incur the cost of dismantling, transporting, and reassembling the massive machine. Additionally, few domestic coal companies still practiced open-pit coal mining, transitioning to smaller, newer, and far cheaper digging machines. In 1999, the state of Ohio and the Environmental Protection Agency began enforcing the Surface Mining Control and Reclamation Act, which required all equipment be removed from former strip mines so that the land could be environmentally remediated. Central Ohio Coal, unable to sell the Big Muskie to another coal company, and unable to find a museum that could incur such high costs of making the dragline into a museum, was sold for $700,000 in scrap to the Mayer-Pollock Steel Corporation.

The bucket was incorporated into a display about the Big Muskie, surface mining, and reclamation at Miners’ Memorial Park at the American Electric Power ReCreation Land Park along Ohio Route 340 south of Cumberland, Ohio. 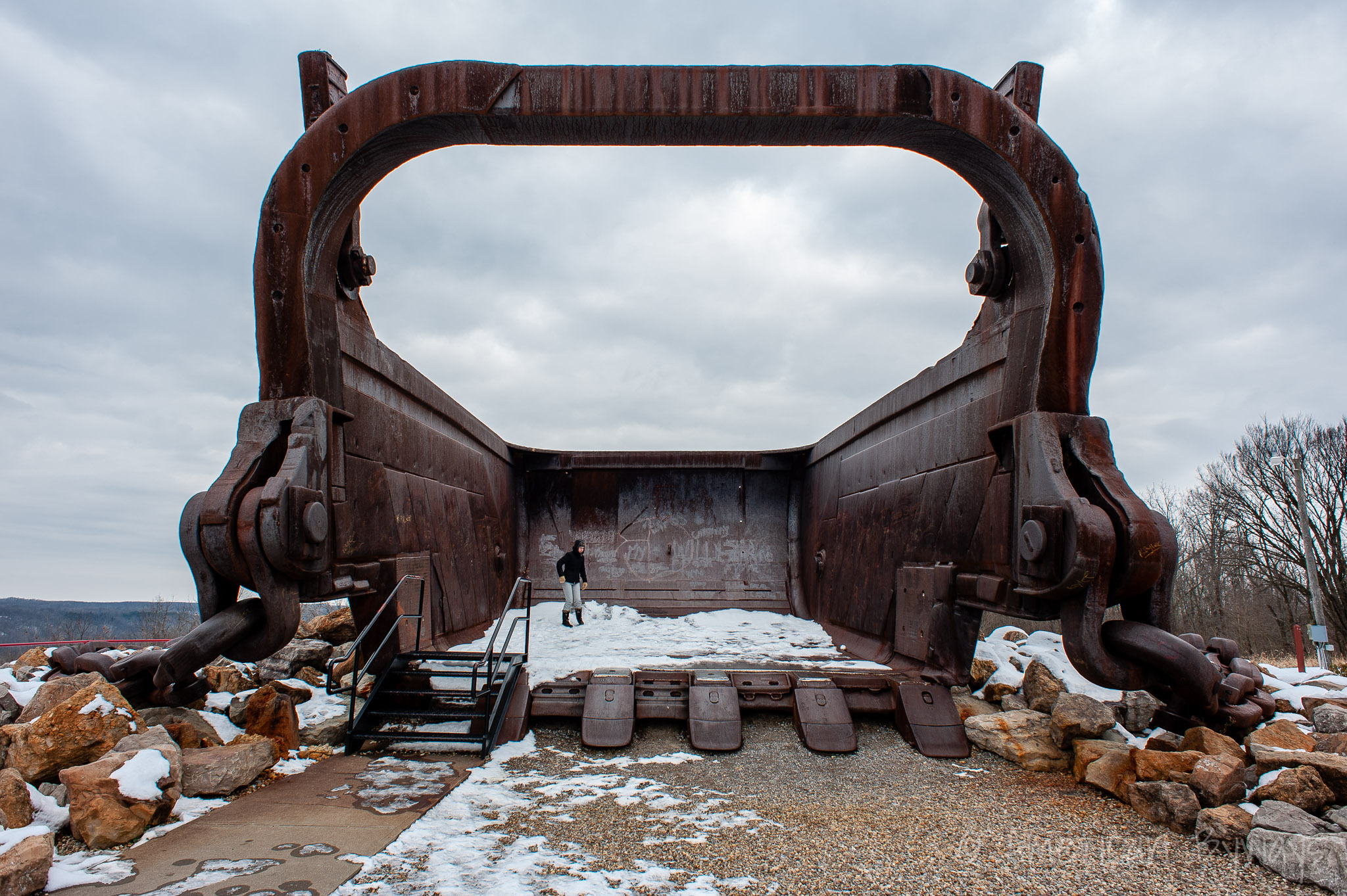