The New River, the centerpiece of the New River Gorge National Park and Preserve, is surrounded by 70,000 acres of ghost towns, vestiges of an industrial past, strenuous hiking trails, serene waterfalls, and unforgettable vistas.

Before the creation of the national park in 1978, New River Gorge was pockmarked by numerous coal mines, company towns, tipples, and coke ovens, all connected by a labyrinth of railways and conveyors. It helped fuel the industrial revolution of the United States in the 19th and 20th centuries.

Some of those sites, like Kay Moor, Nuttallburg, and Thurmond, were preserved when the New River Gorge National River was created.

Nature has reclaimed much of what was destroyed during the decades of intense industrial use at New River. Continuous swaths of mature hillside and bottomland forests line both sides of the gorge, broken up only with daunting cliffs, wetlands, waterfalls, and the occasional building or ruin. Today, the gorge is renowned for its recreational opportunities, such as bird watching, cycling, fishing, hiking, hunting, rock climbing, and whitewater rafting.

The lower gorge of the New River is acclaimed as a premier whitewater rafting location with Class III to Class V rapids, obstructed by large boulders and powered by massive currents, crosscurrents, and hydraulics. The upper gorge is less challenging, with Class I to Class III rapids for whitewater canoeing.

One of the highlights of the park, visible from the Canyon Rim Visitors Center, is the New River Gorge Bridge which carries US Route 19 over the New River. At 876-feet, it is the third highest crossing in the country. The Corten steel used in its construction gives the bridge a rust color.

There are several remote and generally inaccessible cascading waterfalls along Keeneys Creek.

There is a 20-foot and 30-foot waterfall along Marr Branch near Fayetteville.

There are hidden waterfalls along Meadow Fork near Thurmond.

The trail system at New River Gorge National River ranges from ¼-mile to 7 miles in length, and can widely vary from flat, smooth paths to steep, rocky inclines. Trail recommendations and maps can be found at the Canyon Rim, Grandview, Sandstone, and Thurmond visitor centers.

Bridge Day is an annual one-day festival in Fayetteville that is held on the third Saturday every October, commemorating the 1977 completion of the New River Gorge Bridge. It is the only day of the year people are allowed to BASE jump off and rappel from the bridge into the New River Gorge 876 feet below.

Kay Moor, West Virginia is a former Low Moor Iron company town. At its height, Kay Moor featured a coal mine and processing plant. Kay Moor was named for James Kay, a Low Moor Iron employee whose task was to construct the town at the base of the mountain.

The New River Gorge Bridge carries US Route 19 over the New River near Fayetteville, West Virginia. It is the largest arch bridge in the Western Hemisphere and the second-highest crossing in the United States.

Nuttallburg, located along the New River in Fayette County, West Virginia, was a coal mining venture that was spawned out of England-born entrepreneur John Nuttall. It remained in operation until the mid-20th century.

Thurmond, a storied town located along the New River in Fayette County, West Virginia, has a population of five. The community was once an important stop for the Chesapeake & Ohio Railroad.

The Trump-Lilly Farm is an intact Appalachian homestead along Freezeland Mountain. Occupied by Mary E. (Richmond) Trump and later Aden J. Lilly, the land was utilized for subsistence farming. The residence was later used as a vacation rental and has been vacant since the property was sold to the National Park Service in 1989. 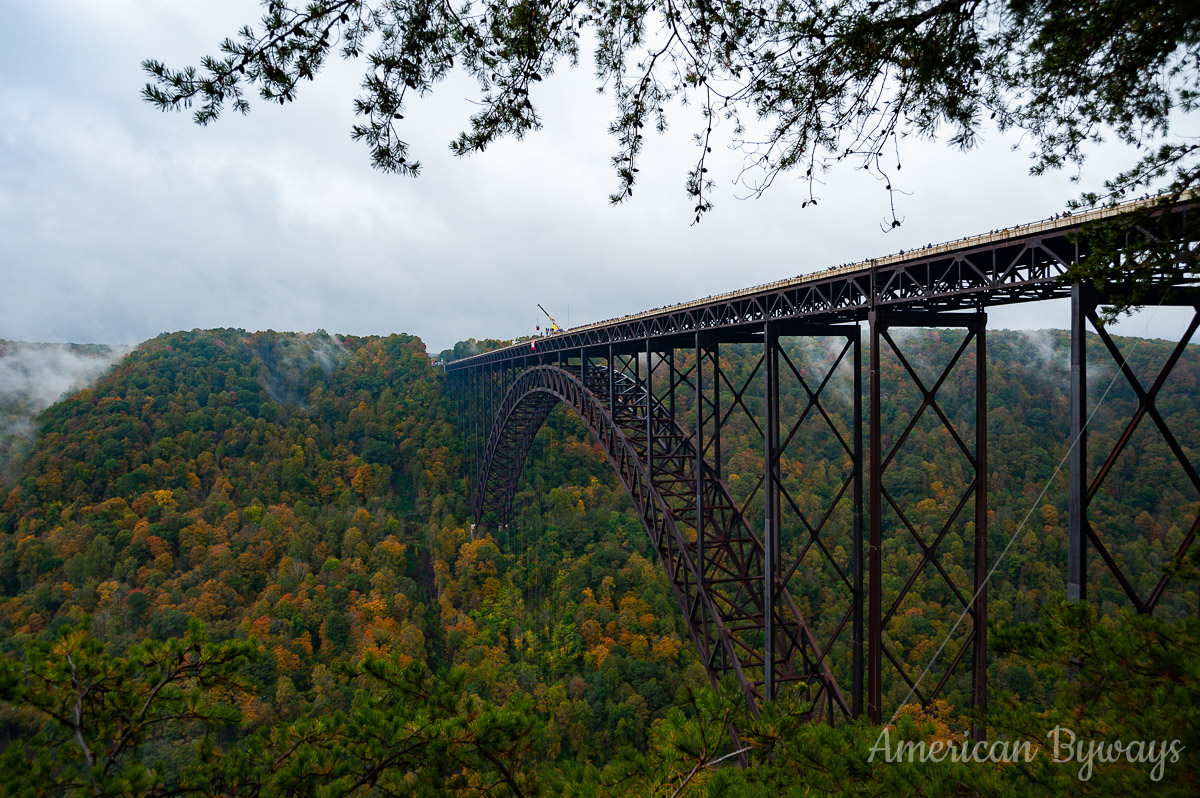