Thurmond, a storied town located along the New River in Fayette County, is the smallest town in West Virginia. It was once the hub of local operations for the Chesapeake & Ohio Railway and the center of commerce.

A post office at then-called Arbuckle opened in 1888 and was incorporated in 1900 as Thurmond, named for Confederate Captain William Dabney Thurmond. The community was situated along the proposed alignment of the Chesapeake & Ohio Railroad’s sea-to-river alignment between Newport News, Virginia, and Huntington, West Virginia, and the C&O was completed through the area in 1873. Owing to its isolated location, just one house was built in Thurmond, and it was not until Thomas G. McKell of Glen Jean who had negotiated with the C&O for a branch up Dunloup Creek in 1892 that Thurmond became a boomtown.

Thurmond became the center of local commerce. A passenger depot, freight station, engine house, turntable, water tank, coal, and sand towers were constructed, along with the Dunglen hotel, the Armour Meat Company meat-packing plant, banks, restaurants, stores, and boarding houses. The surge was so great that during the first two decades of the 20th century, Thurmond handled more freight than Richmond, Virginia, and Cincinnati, Ohio combined with 18 train crews operating out of Thurmond. There 26 mines were shipping freight directly in and out of the town, which included goods destined for the company stores and equipment for the mines up and down the New River and its tributaries. Additionally, at its peak, nearly 95,000 passengers traveled through the depot each year.

By 1910, Thurmond was producing $4.8 million of freight revenue for the C&O, or 20% of the entire company’s revenue. Its figure was ten times more than Richmond and 2½ times more than Cincinnati.

In 1922, a large fire destroyed parts of Thurmond. Business waned by the 1930s as the Great Depression overtook the country. The Thurmond National Bank closed in 1931, and the New River Bank, once the cornerstone of the community, moved to Oak Hill in 1935. The Armor Meat Company and a telephone district office closed their doors in 1932 and 1938, respectively.

Thurmond saw a small revival during World War II when coal was in high demand that helped fuel the war effort, but the advent of the diesel locomotive led to an even greater change. No longer was coal and water replenishment needed for the massive steam engines and the required stops in Thurmond. The C&O was one of the last railroads to convert from steam-powered engines to diesel, and when it did, Thurmond’s railroad shops closed.

In 1984 the Thurmond Historic District was listed on the National Register of Historic Places. Today, Thurmond has just five residents. 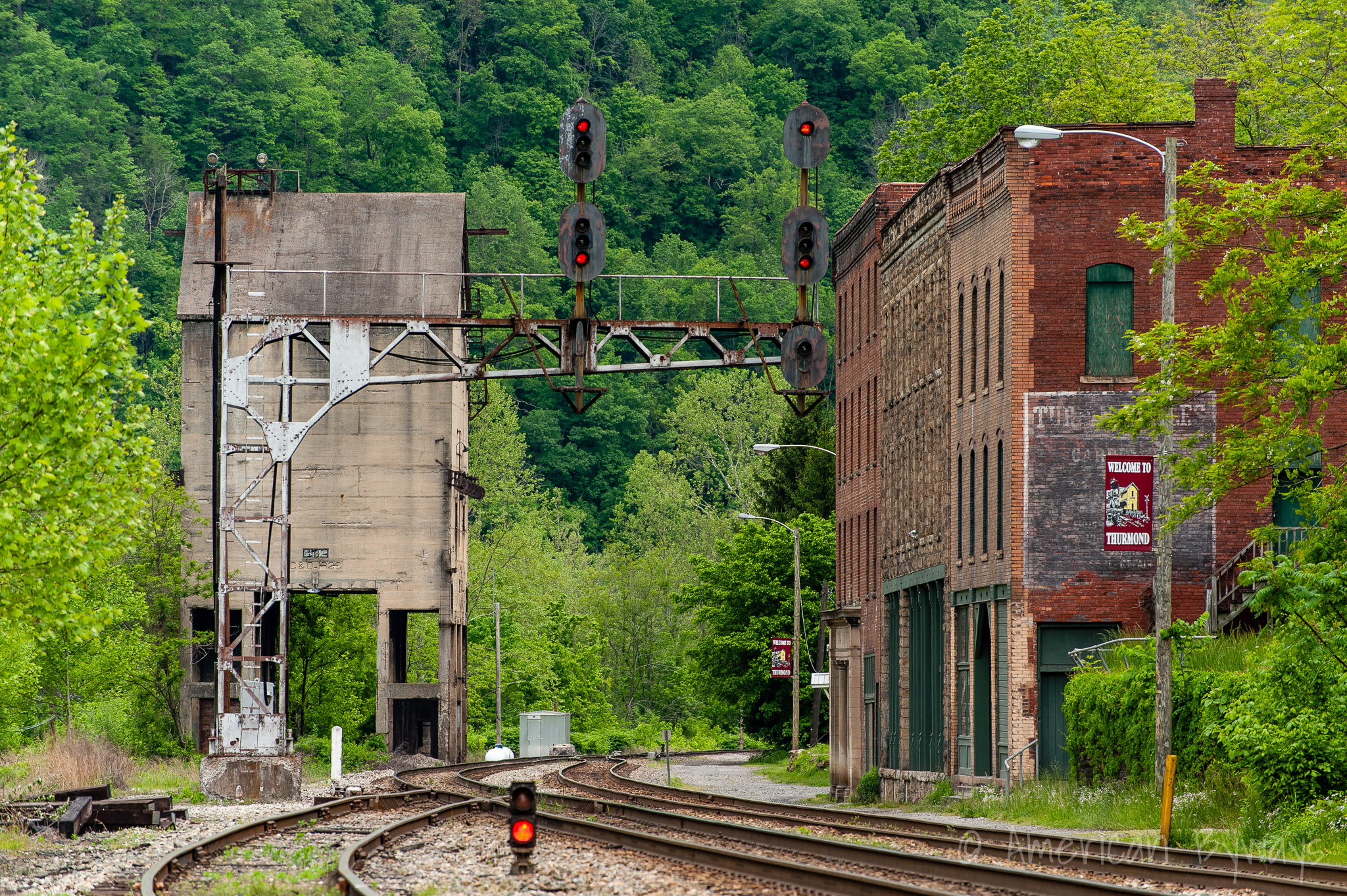