The historic Bodie Island Lighthouse is the third that has stood in the vicinity of Bodie Island within the Cape Hatteras National Seashore on the Outer Banks of North Carolina.

The United States Congress approved funding to be used towards the construction of a lighthouse on Bodie Island in 1837, and the first lighthouse was completed by Francis Gibbons of Baltimore south of Oregon Inlet on Pea Island in 1847. Completed at the cost of $5,000, it remained in use for just twelve years because of problems with its location and foundation that caused the structure to lean toward the sea.

In 1859, the Lighthouse Board secured a $25,000 appropriation from Congress to erect a new lighthouse. Completed later in the year, the new 80-foot tower featured a third-order Fresnel lens that remained in use until the fall of 1861 when it was dynamited by retreating Confederate troops who feared that it would be used as a Union observation post during the Civil War. The third and current lighthouse, at 156 feet in height, was completed further north on Bodie Island in 1872 and outfitted with a first-order Fresnel lens that made its light visible for 18 nautical miles.

In 2000, the Bodie Island Lighthouse was officially transferred to the care of the United States National Park Service, and after years of fundraising, work to restore the lighthouse began in August 2009. Work stopped in the spring of 2011 after structural integrity issues were identified in many of the main support beams under the balcony. In August, Hurricane Irene blew out some of the newly restored lantern room glass and tore away a protective shroud covering the lantern room. Flooding caused buckling of the floors in the keeper’s house. Additional funding was secured to continue the restoration, which was restarted in 2012 and completed in March 2013. A re-lighting ceremony was held on April 18 and the Bodie Island Lighthouse was opened for the general public to climb the following day.

From US Routes 64 and 158 in Nags Head, follow NC Route 12 south for 5.8 miles. Turn right into the access road for the lighthouse. 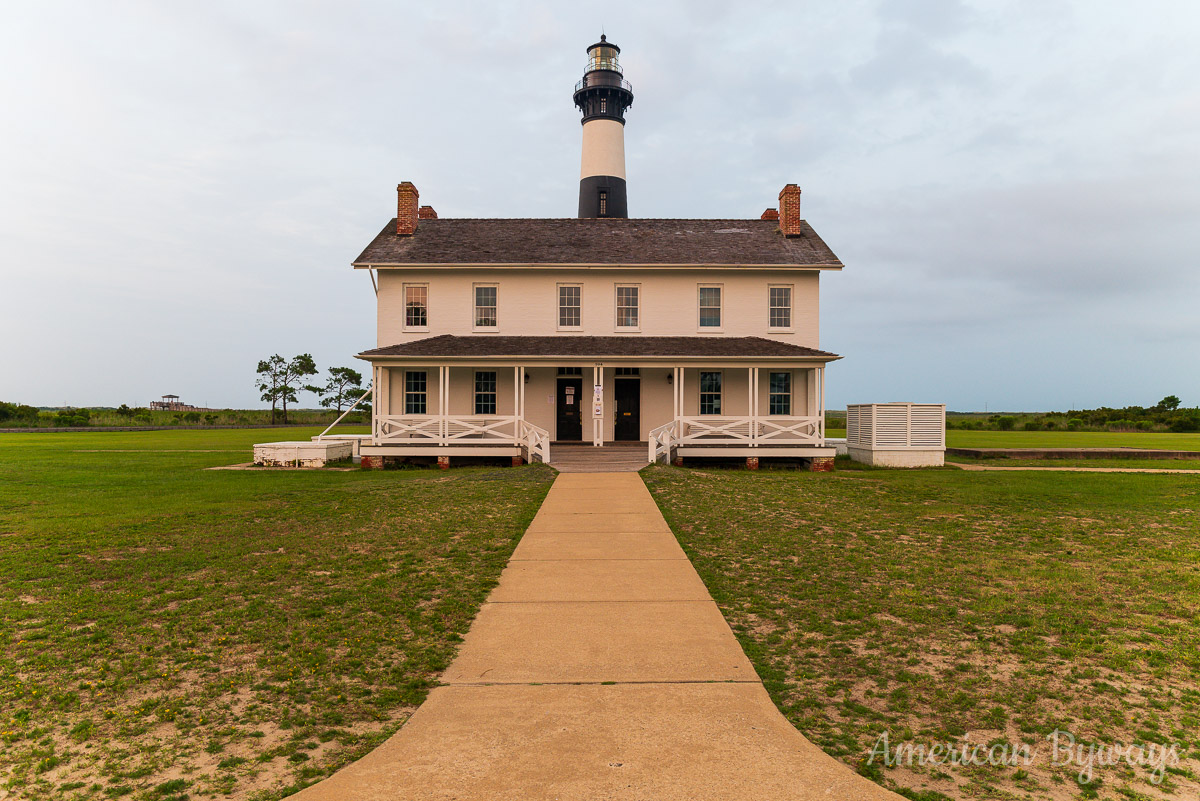