The historic Hereford Inlet Lighthouse is situated on the southwestern shore of Hereford Inlet at the north end of Five Mile Beach in North Wildwood, New Jersey. Located along New Jersey’s Coastal Heritage Trail, it operates as a fully functional lighthouse that is maintained by the Coast Guard and as a museum operated by the city and its historical commission.

1
Visit the Museum The Hereford Inlet Lighthouse serves as a museum of educational displays of antiques and lighthouse memorabilia.
2
Explore the Gardens Hereford Gardens hosts over 200 species of flowers and plants and is connected via a path to North Wildwood's Seawall.

The Hereford Inlet area was first used by whalers in the 17th century, but environmental conditions such as shifting sandbars and strong currents caused reason for concern early on. In 1849, a life-saving station (Hereford Inlet Station Site) was built along Hereford Inlet.

With shipwrecks on the rise, the United States Life Saving Service was founded in 1871 and a larger life-saving building replaced the c. 1849 site. A lighthouse was proposed along the waterway in 1872 to mark the entrance to the inlet as there was a good harbor of refuge for small coasting vessels. On June 10, 1872, the United States Congress funded the erection of a fourth-order Fresnel lighthouse. Construction began on November 8, 1873, and was completed on March 30, 1874. Designed by Paul J. Pelz, the lighthouse withstood many severe storms which caused erosion along the coast and eventually required the relocation of the structure 150 feet west in August 1913.

A new life-saving station was completed in 1939. The light and the adjoining Hereford Inlet life-saving station were decommissioned in 1964 when the United States Coast Guard constructed an automated skeletal light tower. The Hereford Inlet Station Site was reused by the New Jersey State Police’s Marine Services Unite while the lighthouse was abandoned until 1982 when locals began petitioning to take over the building. In 1986, the lighthouse was transferred from the skeletal tower into the lighthouse, and the grounds were taken over by North Wildwood’s superintendent of parks. The building was restored in 2003.

Today, the Hereford Inlet Lighthouse, along New Jersey’s Coastal Heritage Trail, operates as a fully functional lighthouse that is maintained by the Coast Guard and as a museum operated by the city and its historical commission.

From the Garden State Parkway, follow NJ Route 147 east for 3.8 miles toward North Wildwood. Turn left onto East 2nd Avenue and then left onto North Central Avenue. There is a parking area just past East 1st Avenue. 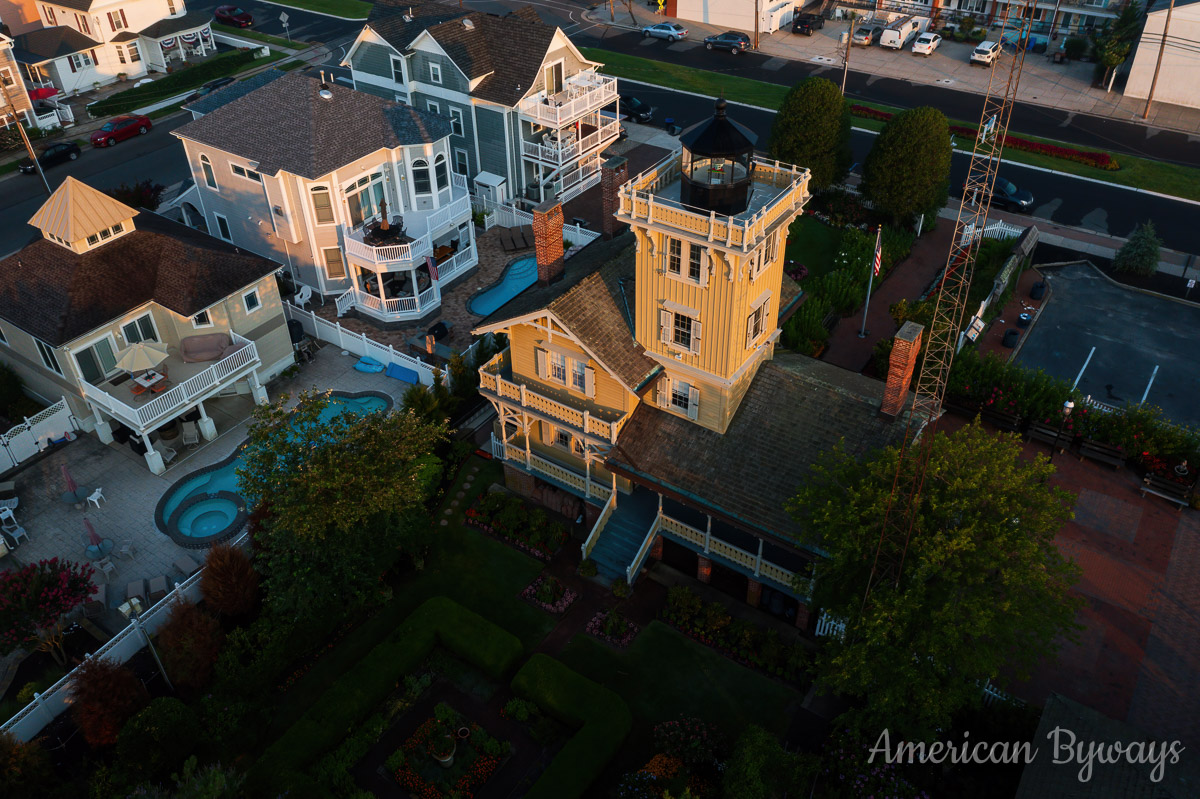