Barnegat Lighthouse, also known as Old Barney, is a historic lighthouse on the northern tip of Long Beach Island on the south side of Barnegat Inlet in New Jersey.

1
Climb the Lighthouse Climb the 217 steps up the original stairway to the top of the Barnegat Lighthouse and see panoramic views of the Atlantic Ocean, Barnegat Bay, and Long Beach Island.
2
Hike Through a Maritime Forest Stroll through one of the last remnants of maritime forest, dominated by black cherry, sassafras, eastern red cedar, and American holly trees, on Long Beach Island.

The development of the Barnegat Light began in June 1834 when $6,000 was appropriated from the United States Congress. A 40-foot-tall lighthouse was commissioned, but its fifth-class Fresnel light was considered inadequate. Because of the strong currents in the inlet, the lighthouse was built 900 feet away from the water, but by 1845, only 450 feet separated the lighthouse from the water.

The new Barnegat Lighthouse was completed on January 1, 1859. It boasted a height of 163 feet tower and contained a first-order Fresnel lens. It remained a first-class navigational light until August 1927 when the Barnegat Lightship was anchored eight nautical miles off the coast. The light in the tower was replaced with a gas blinker and automated; this resulted in the reduction of the tower’s light by 80%. The gas blinker was replaced with a 250-watt electric bulb several weeks later. The light was ultimately decommissioned as a Coast Guard lookout tower in January 1944 and given to the state of New Jersey. The area was dedicated a state park in 1957. The lightship was removed in 1969.

A map showing the grounds of Barnegat Lighthoue State Park. 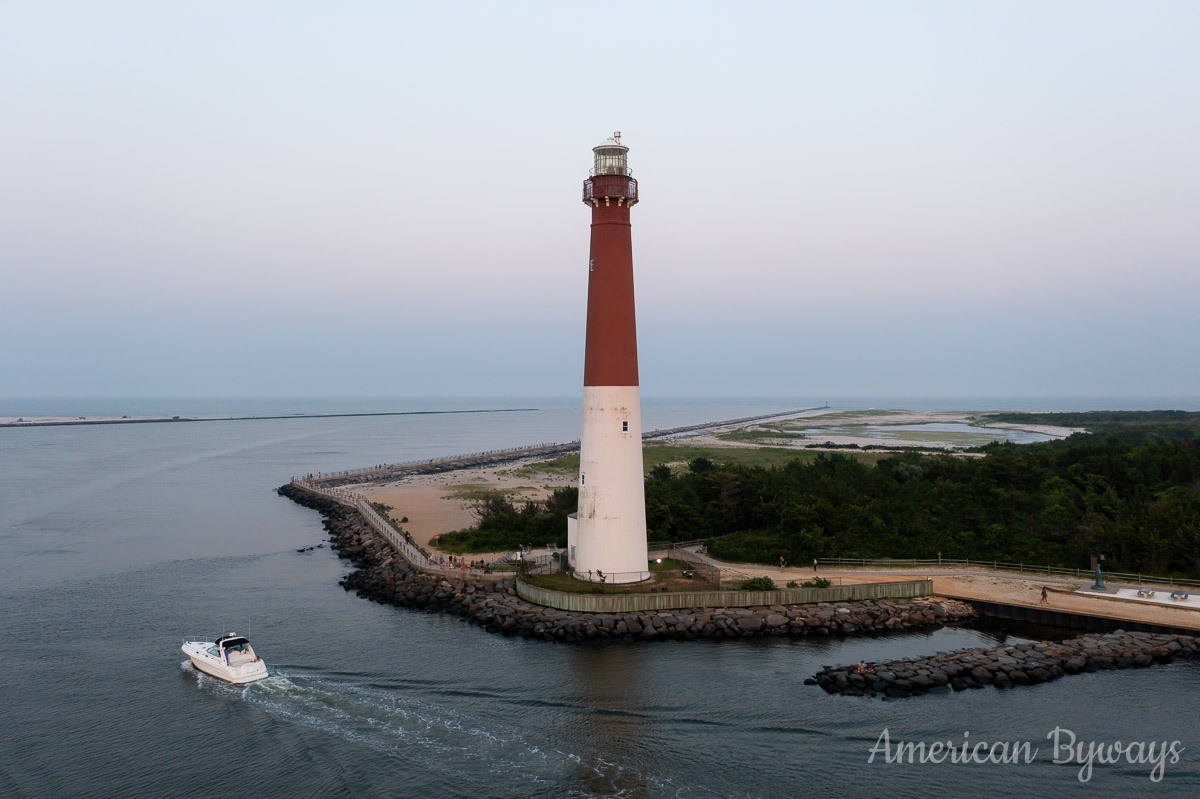