Cape May Lighthouse is a historic lighthouse at the tip of Cape May at Cape May Point, New Jersey.

1
Climb the Lighthouse Climb the 199 steps up the original, cast iron spiral stairway to the top of the Cape May Lighthouse and see panoramic views of the Atlantic Ocean and Delaware Bay.
2
Explore the Nature Trails Three trails offer 4 miles of trails alongside freshwater ponds, wetland marshes, coastal dunes, and sandby beaches.

The first lighthouse at the juncture of the Delaware Bay and the Atlantic Ocean was constructed in 1823 and replaced in 1847 because of erosion. In 1859, a taller 157-foot-high facility was built under the supervision of U.S. Army Engineer William F. Raynolds and outfitted with a first-order Fresnel lens. The light was automated in 1946 and the original lens was moved to the Cape May County Courthouse for display.

During World War I and World War II, the area was part of the Cape May Military Reservation. A Coast Guard post was built just north of the lighthouse in World War I which was replaced with Battery 223, a bunker that was built as part of the Harbor Defense Project of 1942. It was an integral part of 200 miles worth of additional fortifications for Fort Miles at Cape Henlopen, Delaware. Construction of the reinforced concrete, explosion-proof structure began in September 1942 and was completed in June 1943. Covered in sod as to conceal its true function, Battery 223 featured an ammunition storage facility and two 6-inch guns with a range of nine miles.

Battery 223 was deactivated in 1947 but the structure was reused as a radio transmitting station by the US Navy for the Atlantic Fleet during the Korean War in 1958. It was officially decommissioned in 1963.

In 1988, after years of planning and coordination with the Coast Guard, the Cape May MAC opened the Cape May Lighthouse to the public.

A map showing the grounds of Cape May Point State Park.

From the terminus of the Garden State Parkway at Cape May, follow NJ Route 109, Lafayette Street, and Sunset Boulevard south for 4.3 miles. Turn left onto Light Houe Avenue and follow for .7 miles to the Cape May Point State Park parking lot. 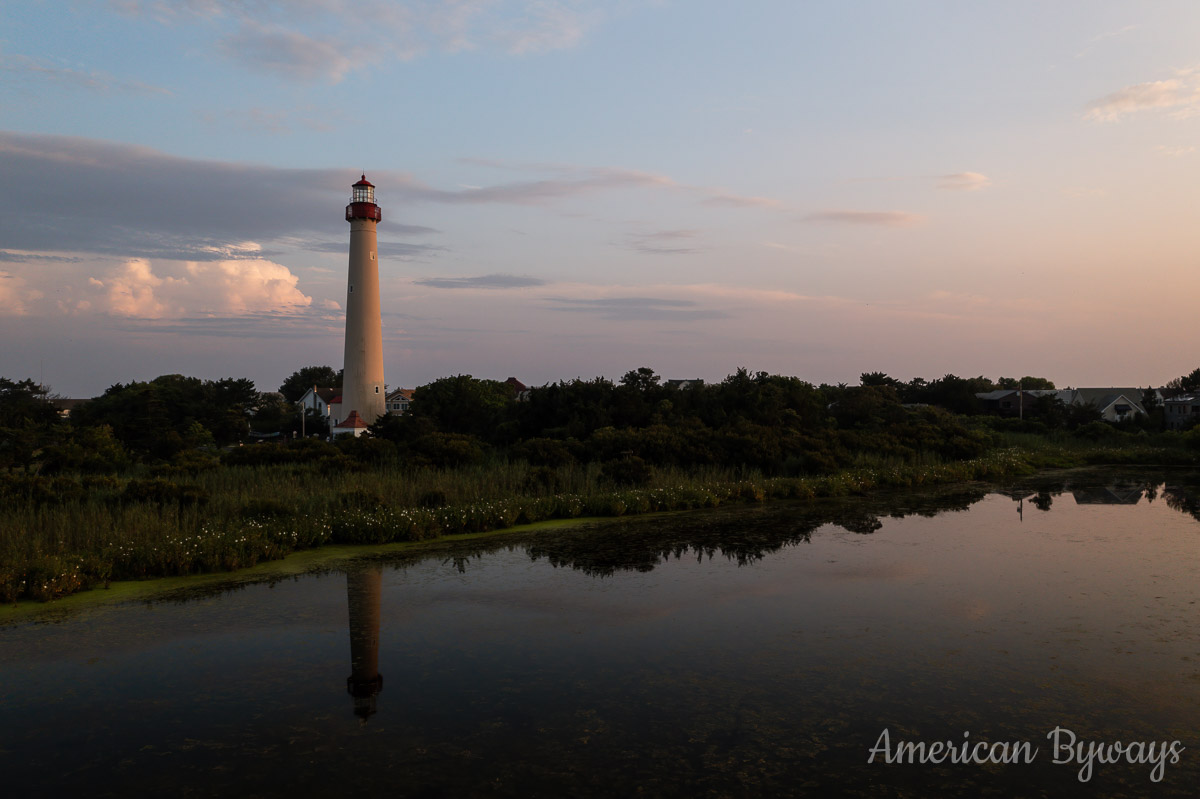