See how pig iron was made at the historic Buckeye Furnace State Memorial near Wellston, Ohio. Buckeye Furnace is a reconstructed charcoal-fired blast furnace, one of many that operated in the Hanging Rock region, that helped win the Civil War and fuel America’s industrial expansion.

Buckeye Furnace, located near Keystone and Wellston, Ohio, was financed by the Newkirk, Daniels & Company and constructed by Thomas Price in 1851. It was finished prior to the railroad being completed in the county, and several hundred tons of iron had been hauled to Jackson to await the first freight train outbound. The furnace, with an 11-foot bosh, initially produced 7½ tons of iron per day, operating 42 weeks out of the year. The stack was later raised to 34-feet in height to increase daily output to 12 tons of iron per day. 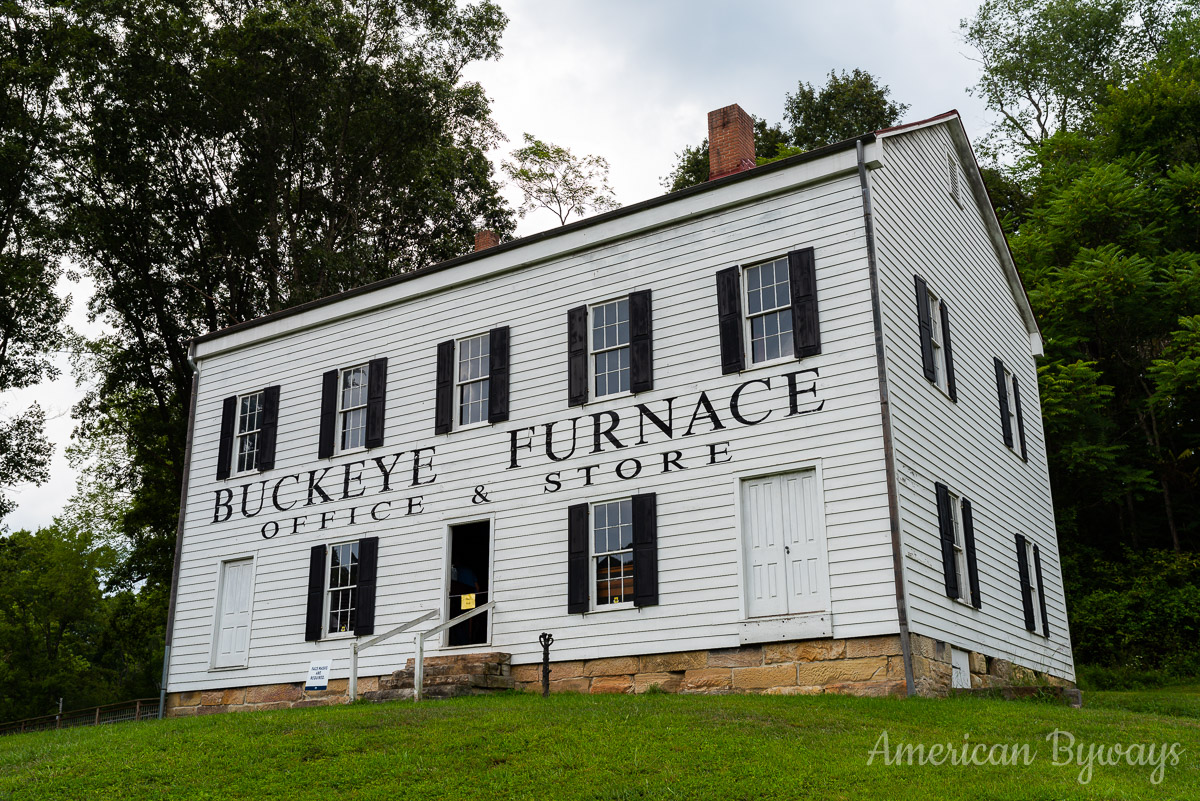