Buttermilk Falls State Park is named for the wandering cascade formed by Buttermilk Creek as it rushes down towards Cayuga Lake in Ithaca, New York.

Buttermilk Falls, the centerpiece of the easily accessible park, drops 165 feet into a broad pool. As an added reward, the base of the Buttermilk Falls is transformed into an all-natural swimming hole during the summertime.

Above the waterfall are various cascades carved through loose shale and limestone that differ up to 35 feet in height, along with pillars of protruding stone formed approximately 400 million years ago, now slowly eroding with each passing year.

The park also features a Lake Treman, formed in 1930 by a dam across Buttermilk Creek. Over the years, the 16-acre reservoir has accumulated sediment in its basin, turning it into more of a broad wetland that provides for unique wildlife viewing opportunities. On the southern fringes of the park is Larch Meadows, a significantly-sized shrub swamp.

Buttermilk Falls was named for the frothy appearance of its waters, first described by Spruce Spence in The Scenery of Ithaca and the Head Waters of the Cayuga Lake in 1866:

Here cleft by a mountain torrent, that comes pouring over the sharp rocks of its bed in a mass of thick, frothy foam, that evidently suggested to the unaesthetic and domestic countryman the name of Buttermilk Falls.

Robert and Laura Treman donated the original 164 acres of what became Buttermilk Falls State Park to the state as a gift, which grew over time to its current 811-acre spread.

Buttermilk Falls State Park features 4¾-miles of easy to strenuous hiking trails. The trails are closed in the colder months, but the view of Buttermilk Falls from the base is available year-round.

Older maps reveal a trail along Owl Creek, and it does not seem to be marked as an official trail as of late 2019.

The Gorge Trail is ¾-miles in length and starts at the base of Buttermilk Falls before ascending a stone and wood step staircase to the top of Buttermilk Falls. The path narrows as it enters a tight glen along Buttermilk Creek that offers views of numerous cascades before ending near Treman Lake.

The Rim Trail is also ¾-miles in length and follows the north rim of Buttermilk Creek.

The 1½-mile Larch Meadow Trail circles around the playing fields and the shrub-heavy Larch Meadow on the southern fringes of the state park. 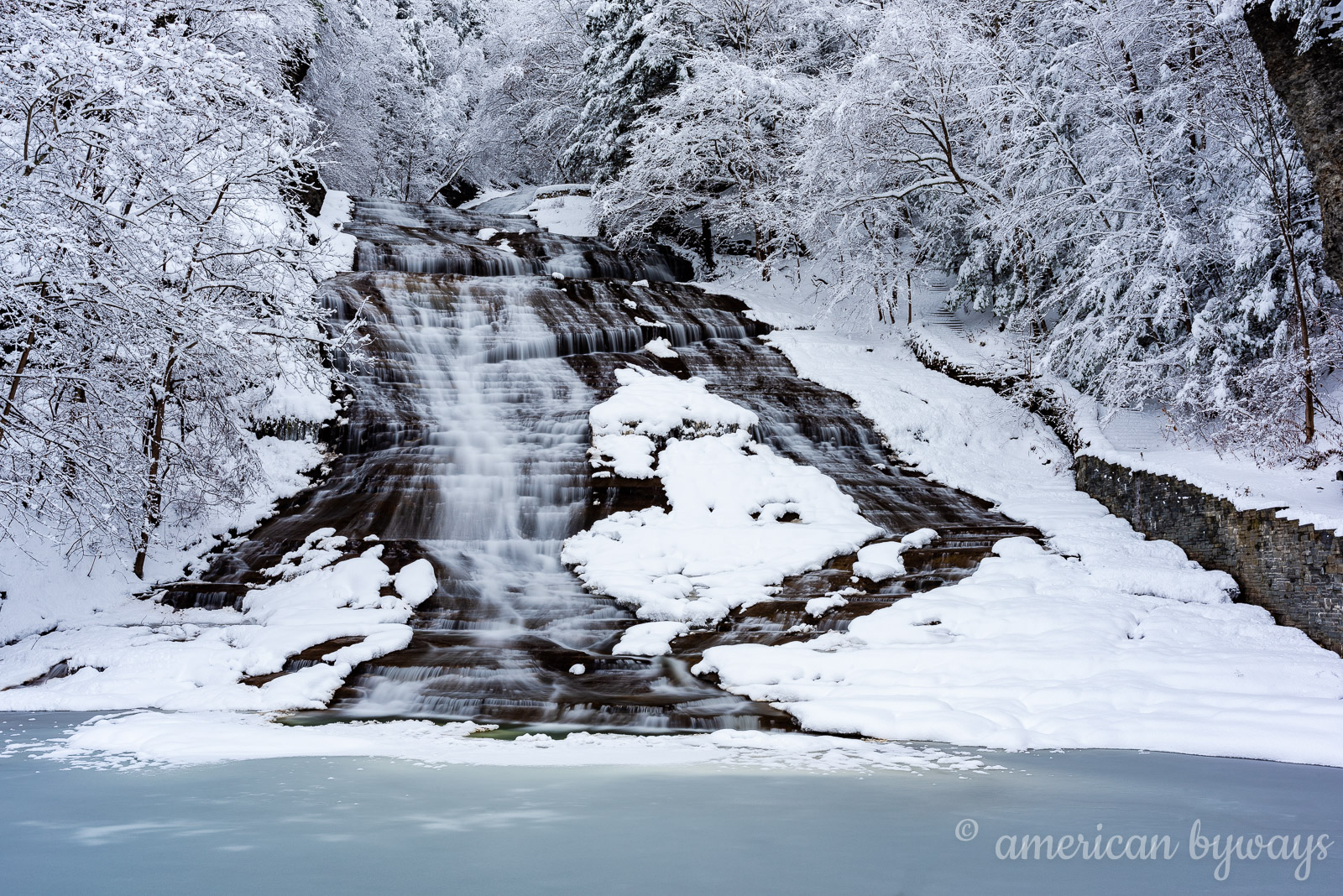