Cumberland Gap National Historical Park, called the first gateway to the West, is centered on the Cumberland Gap, a natural break in the Appalachian Mountains along the border of Kentucky, Tennessee, and Virginia. The reserve encompasses mountainous terrain with countless overlooks with incredible vistas, unique caves, spring-fed lakes, and waterfalls. There are also dozens of miles of hiking and bridle trails with backcountry camping sites.

Cumberland Gap was long used by Native American nations and first brought to the attention of settlers in 1750 by Thomas Walker, a Virginia physician, and explorer. The path, which later became the Wilderness Road, was used by a team of frontiersmen led by Daniel Boone. It made vast swaths of land accessible to pioneers who used it to journey into the frontiers of Kentucky and Tennessee.

Leaders from Middlesboro, Kentucky proposed the creation of Lincoln National Park centered around Fern Lake in 1922. In 1938, the National Park Service agreed to support a park if lands were donated to form one. The Cumberland Gap National Historical Park Association was formed, which led to the eventual passage of a bill in Virginia in 1939 that led the way for federal authorization.

Cumberland Gap National Historical Park was established in June 1940 by President Franklin Roosevelt to “commemorate the story of the first doorway to the west.” The park officially opened in 1959.

Today, Cumberland Gap NHP encompasses 24,000 acres of forested, mountainous terrain, making it one of the largest national parks in the eastern United States. It includes countless overlooks and natural features, such as White Rocks and Sand Cave, 85 miles of easy to strenuous hiking and backpacking trails, numerous family-friendly and backcountry campsites, a visitor center with interactive exhibits, and historical sites including Hensley Settlement.

Sand Cave Falls is a seasonal waterfall at Sand Caves.

Cumberland Gap offers 85 miles of hiking trails that explore the wilds of the Cumberland Mountains.

Pinnacle Overlook can be accessed via the Sugar Run Trail and the Ridge Trail to form a 7.8-mile out-and-back path. The loop ascends Sugar Run, which cuts through old-growth hemlock trees and rhododendron thickets before following the spine of the Cumberland Mountain to the Pinnacle Overlook.

For a multi-day adventure, the Ridge Trail starts at the Pinnacle Overlook and extends east for 21 miles to White Rocks. It passes by Hensley Settlement, Sand Cave, a seasonal waterfall, and several backcountry campsites.

White Rocks and Sand Cave can be accessed via an 8.6-mile loop using the Ewing Trail, Ridge Trail, and White Rocks Trail. It involves ascending 1,600 feet in 2½ miles. 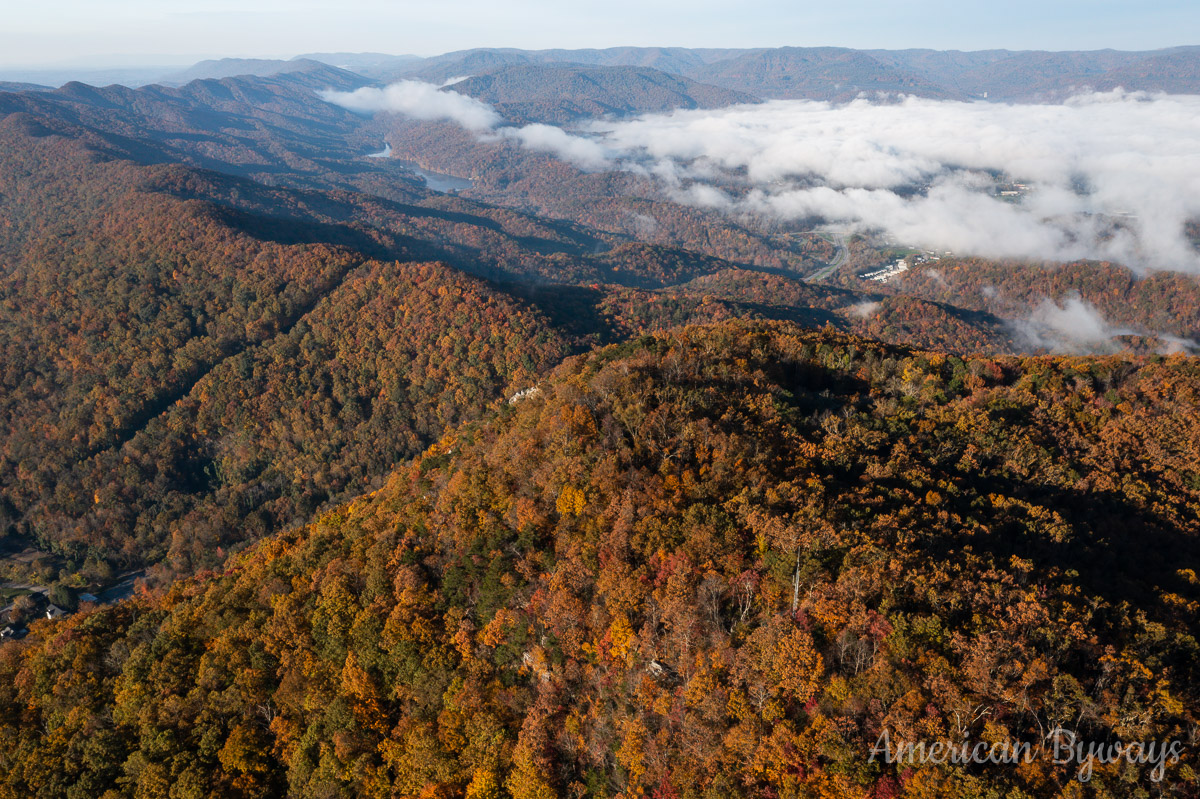