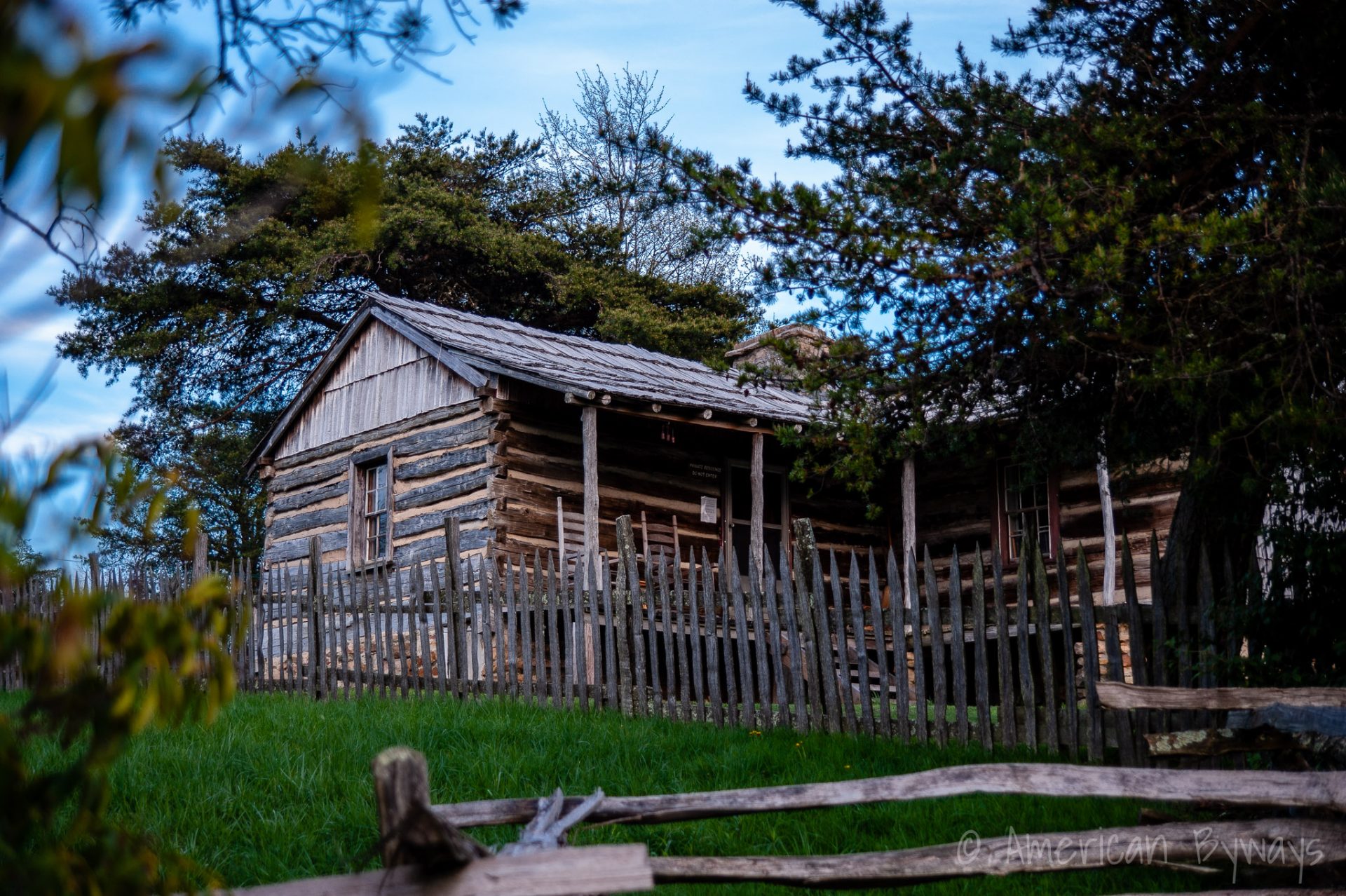 The historic Hensley Settlement is located at the top of Brush Mountain within Cumberland Gap National Historical Park in southern Kentucky. The settlement contains 12 homestead log cabins, a one-room schoolhouse, a blacksmith shop, and a springhouse.


Hensley Settlement dated to 1845 when Governor Owsley deeded 500 acres on the top of Brush Mountain to brothers C. and R.M. Bales. The land was leased to John Nichols and Jim Nelson to raise livestock.

In 1903, Barton Hensley Sr. purchased the acreage and divided it into 16 properties for his extended family. The settlement, which never had electricity, was self-sustaining, and everything was grown, raised, and hand-made. People traveled by foot or by horse.

A one-room schoolhouse was erected in 1908, which was in operation until 1947. By 1949, Sherman Hensley was the only resident who relocated off of the mountain in 1951.

Hensley Settlement was dedicated as part of the Cumberland Gap NHP in July 1959. The National Park Service and the Job Corps began restoring the property in 1965, and is today serves as an Appalachian living history museum.

Cumberland Gap NHP offers a 3½ to 4-hour tour that departs from the visitor center and involves a shuttle ride to Hensley Settlement. There is a one-mile walk through the settlement. The tours have a limited capacity and reservations a month in advance are recommended.

A view of the barn at the Finley Hensley farmstead.

A view of the barn at the Finley Hensley farmstead.

A view of the picket fence surrounding the Lige Gibbons Farmstead.