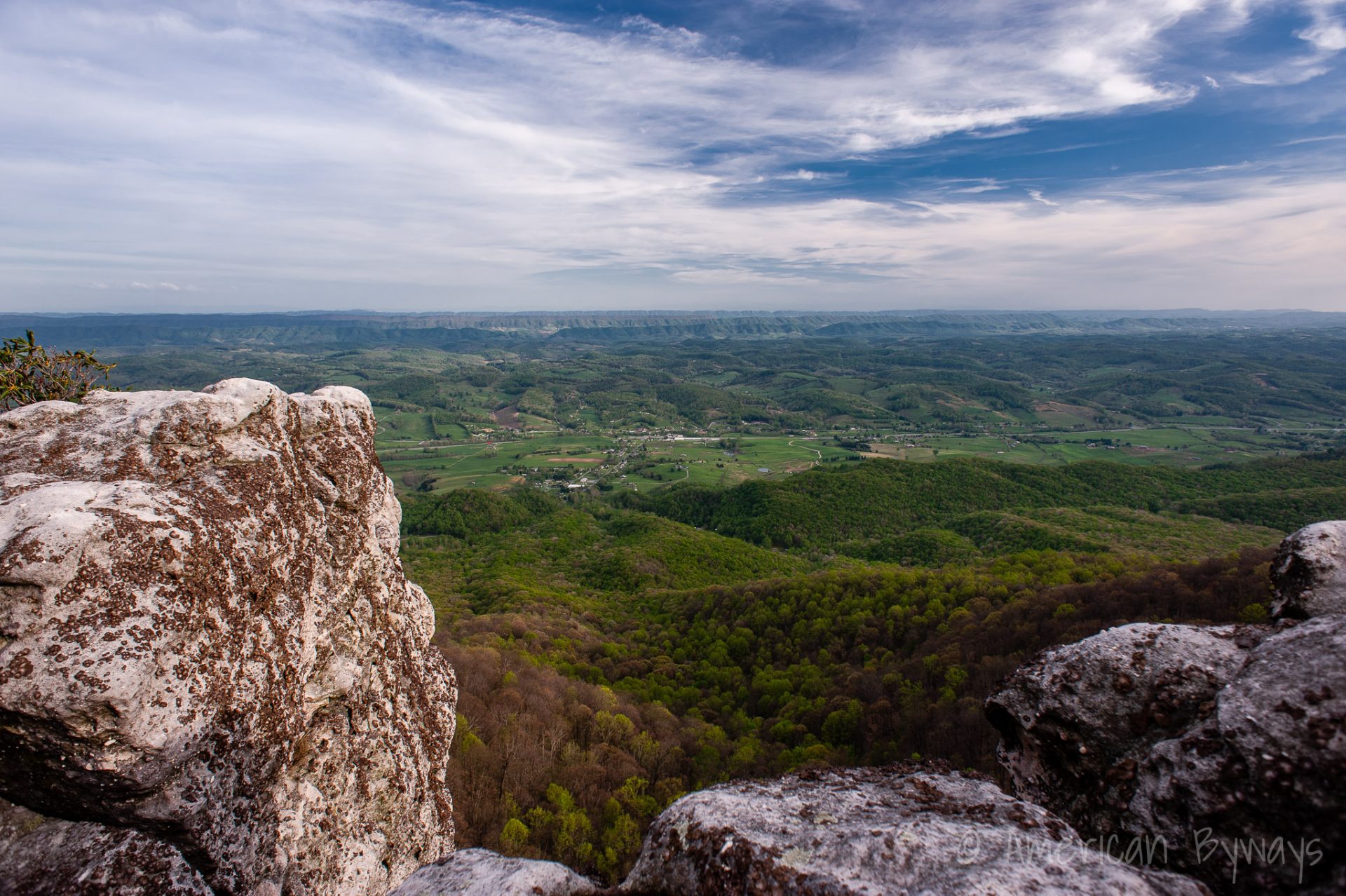 White Rocks and Sand Cave is located within Cumberland Gap National Historical Park along the border of Kentucky and Virginia. White Rocks offers southward views of the Virginia countryside atop limestone rocks embedded with quartz pebbles while the 250-foot-wide Sand Cave provides a unique view of a sand-filled rockhouse.

White Rocks has long been a landmark for the early pioneers and travelers along the Wilderness Road thanks to the embedded bright quartz pebbles left behind from oceans 290 million years ago. The upheaval that formed the Cumberland Mountains forced the rocks skyward to their present elevation at 3,500 feet. Because of the barren limestone cliffs, White Rocks affords panoramic scenes of Harlan County, Kentucky, and Lee County, Virginia.

Travelers along the Wilderness Road knew that when White Rocks came into view, reveling in the sunlight atop Cumberland Mountain, that they had only one more day in their trip to Gibson Station. At Gibson Station, the settlers would unite in large groups for security against the Cherokee and Shawnee as they made the perilous trek through Cumberland Gap.

While cave-like in appearance, Sand Cave is a massive sandstone rock that has been eroded into its current formation by wind and erosion. It has resulted in an acre of beach-like sand tucked into a rockhouse, next to a seasonal waterfall, and surrounded by thickets of Rhododendron and towering Hemlock pines.

White Rocks and Sand Cave can be accessed via an 8.6-mile loop using the Ewing Trail, Ridge Trail, and White Rocks Trail. It involves ascending 1,600 feet in 2½ miles.