Falling Spring Falls was granted by King George III of Great Britain to Gabriel Jones in August 1771. Thomas Jefferson once visited the falls to survey the area, and he mentioned it in his manuscript “Notes on the State of Virginia” written in 1781: “The only remarkable cascade in this country is that of the Falling Spring in Augusta…it falls over a rock 200 feet into the valley below.”

Jefferson, who later served as Governor of Virginia, granted the property to Major Thomas Massie in 1780.

Between 1914 and 1926, the Ohio C. Barber Fertilizer Company mined travertine for fertilizer in Barber (now Falling Spring). In 1927, the Falling Spring Lime Company assumed operations until 1941. Mining operations necessitated the relocation of Falling Spring Falls, shortening its height to just 80 feet. Additionally, a small hydroelectric power plant along the creek generated electricity to operate a lime-crushing plant and an electric railway that hauled travertine from the mine.

From Covington, follow US Route 220 north for 6.5 miles. There will be a small parking area on the west side of the road. 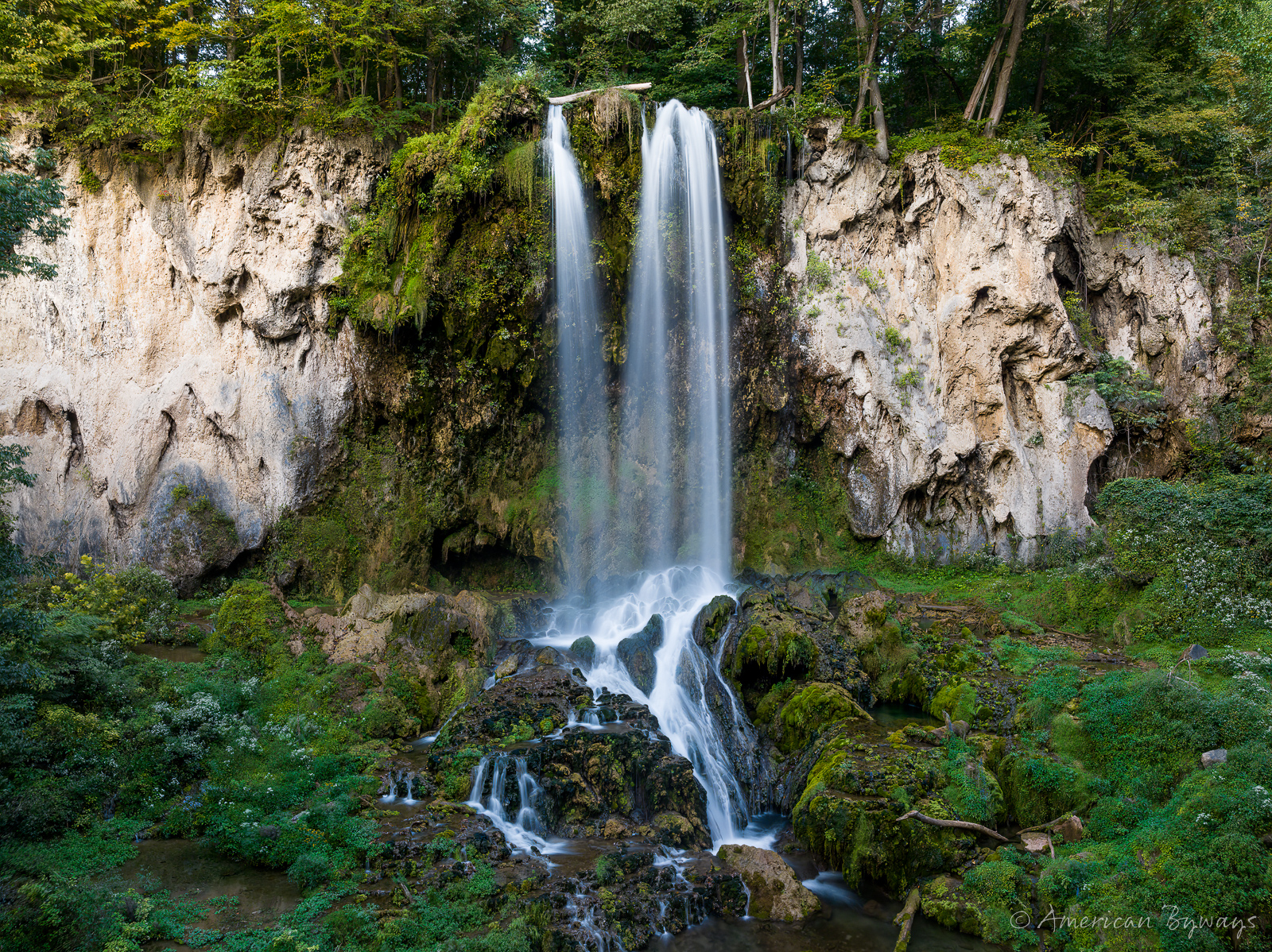