Honeycomb Rocks is named for the unique boxwork patterns found in numerous boulders along Tea Creek Mountain in the Monongahela National Forest in West Virginia.

About 340 million years ago, water and wind deposited grains of sand along what later became Tea Creek Mountain. The layers of sand eventually formed sandstone, bound by kaolinite, a type of cement. About 200 million years ago, the sandstone along Tea Creek Mountain experienced strong forces of pushing and pulling. The stress of the movements caused the rock to fracture.

Over many years, water flowed through the sandstone fractures, carrying the iron mineral hematite through the cracks in the sandstone. It eventually hardened, forming a unique lattice pattern.

Captivated by the unique geologic conditions, Governor Cecil Underwood hiked to Honeycomb Rocks from the headwaters of the Williams River in 1961. Former Governor Underwood’s trek inspired the creation of the Honeycomb Rocks Trail decades later.

Honeycomb Rocks Trail is a .26-mile graveled trail with numerous interpretative stops and benches for rest.

Located along the Highland Scenic Highway (WV Route 150), Honeycomb Rocks is 14.7 miles north of the Cranberry Mountain Nature Center which is located at the junction of WV Routes 39/55 and WV Route 150.

From Marlinton, Honeycomb Rocks is located 14.7 miles via US Route 219 and the Highland Scenic Highway (WV Route 150). 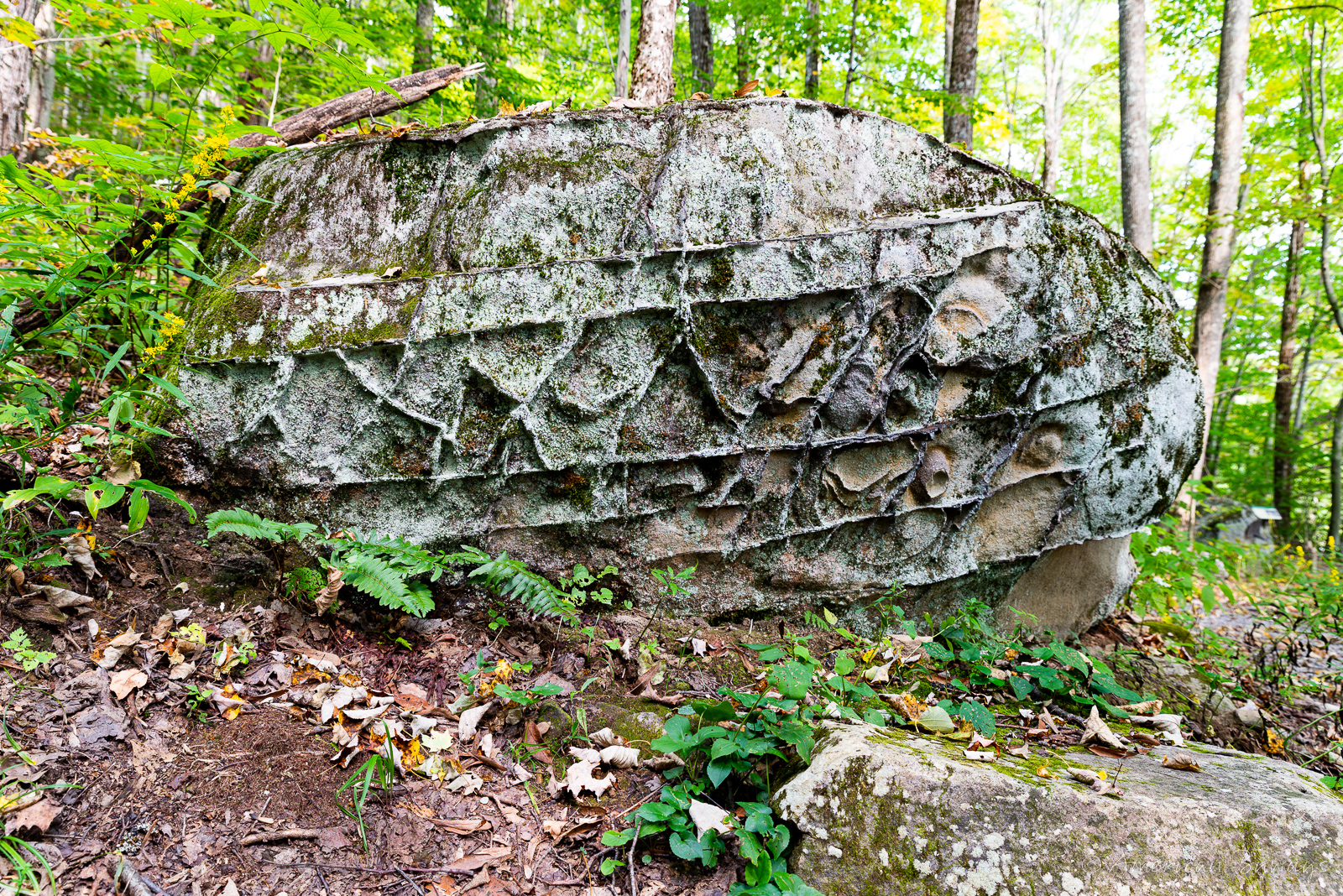