The Gaudineer Scenic Area, a part of the Monongahela National Forest, protects relatively untimbered lands in West Virginia. It surrounds Gaudineer Knob, a mountain summit with an elevation of 4,449 feet on the Randolph and Pocahontas County line.

The forests surrounding Gaudineer Knob were cut in the 1920s and early 1930s, but due to a boundary survey error, a 90-acre tract of land was never cut. Following logging, wildfires burned over large acreages but most of the virgin spruce trees survived the fires. As time marches on, the virgin red spruce will slowly die out from natural causes and be replaced by a second growth stand of red spruce, yellow birch, beech, red and sugar maple trees.

Gaudineer Knob had been a prominent but unnamed peak when in the late 1930s, it was named in memory of Donald Gaudineer, one of the US Forest Service’s (USFS) early rangers in the Monongahela National Forest. As a young forester, Gaudineer had been assigned to the Southern District of the newly established national forest. During his years as a ranger for the Greenbrier District, he oversaw reforestation projects, the building of roads to enhance wildfire protection, the erection of fire towers, and other routine activities. He was transferred to the Cheat Ranger District in the mid-1930s. On April 27, 1936, Gaudineer was killed while attempting to rescue his children from a house fire. The USFS selected the scenic peak east of Cheat Bridge as a fitting memorial.

The Gaudineer Interpretive Trail is a ½-mile graveled loop trail around Gaudineer Knob. It includes an overlook of the Shavers Fork valley.

The Gaudineer Old Growth Trail is a .44-mile loop trail through an area of virgin red spruce forest and hardwoods.

From Durbin, travel west on US Route 250 for 4 miles. Turn right onto Forest Service Road 27 and follow 1½ miles north. Signs will direct to either Gaudineer Knob or the Gaudineer Scenic Area. 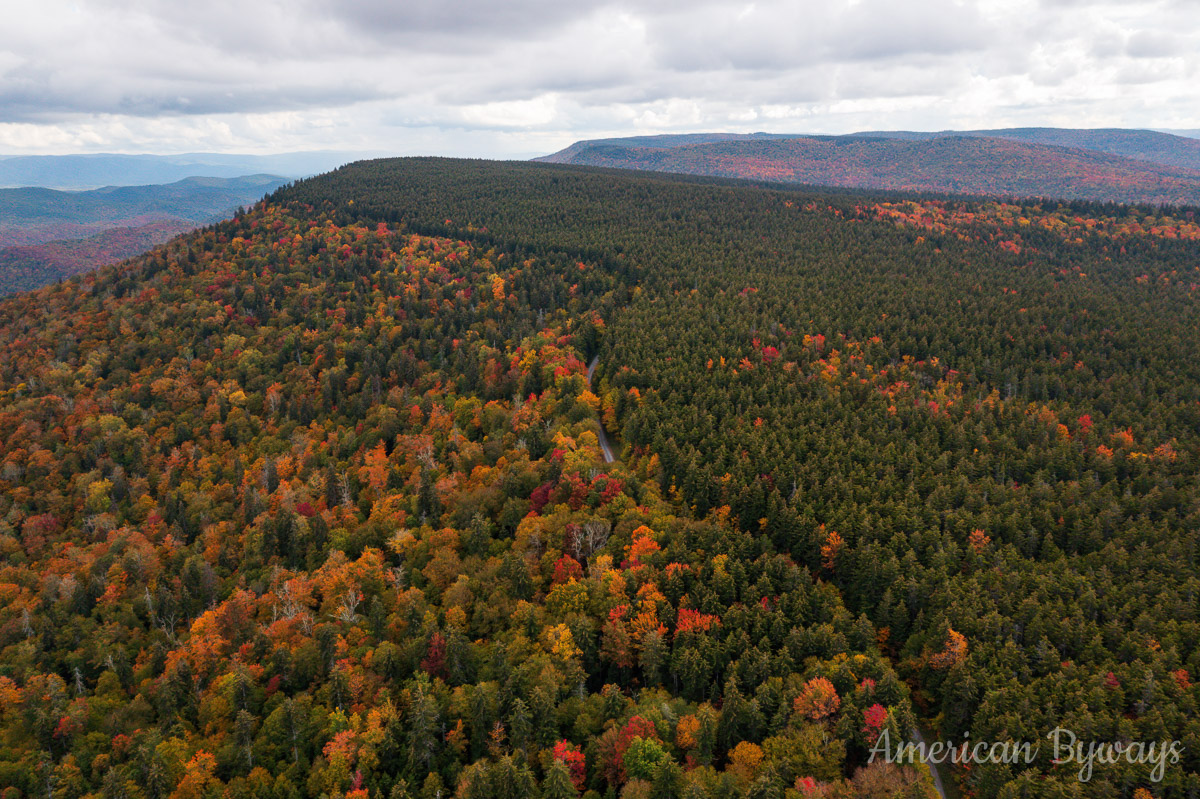