Prior to European settlement, Native Americans frequently camped at the foot of Seneca Rocks along Seneca Creek. The Great Indian Warpath, also known as the Seneca Trail, followed the Potomac River and allowed the Algonquian, Tuscarora, and Seneca nations to travel through the area. The first European surveyors came through the area circa 1746, and the first settlers arrived around 1761.

Its allure attracted writer and magazine illustrator David Hunter Strother who sketched Seneca Rocks around 1853, which were reworked and published as a wood engraving in an 1872 issue of Harpers New Monthly Magazine.

The first documented climb of Seneca Rocks was in 1935 with a roped descent of the north peak by Paul Bradt and Florence Perry. In the 1930s and 1940s, only a few climbers, mostly from the Washington D.C. and Pittsburgh areas, attempted to climb the faces. In 1943-44, as part of the West Virginia Maneuver Area, the 10th Mountain Division of the U.S. Army, used Seneca, Nelson, and Champe Rocks to train mountain troops in assault climbing in preparation for action in the Apennines of Italy.

The Spruce Knob-Seneca Rocks National Recreation Area was established within the Monongahela National Forst in September 1965, and the rocks themselves were purchased by the federal government for permanent protection in 1969 from the heirs of D.C. Harper.

Today, Seneca Rocks remains a popular destination for hikers seeking views of the Potomac River valley and for recreational rock climbers who scramble up the crag via 375 mapped climbing routes. 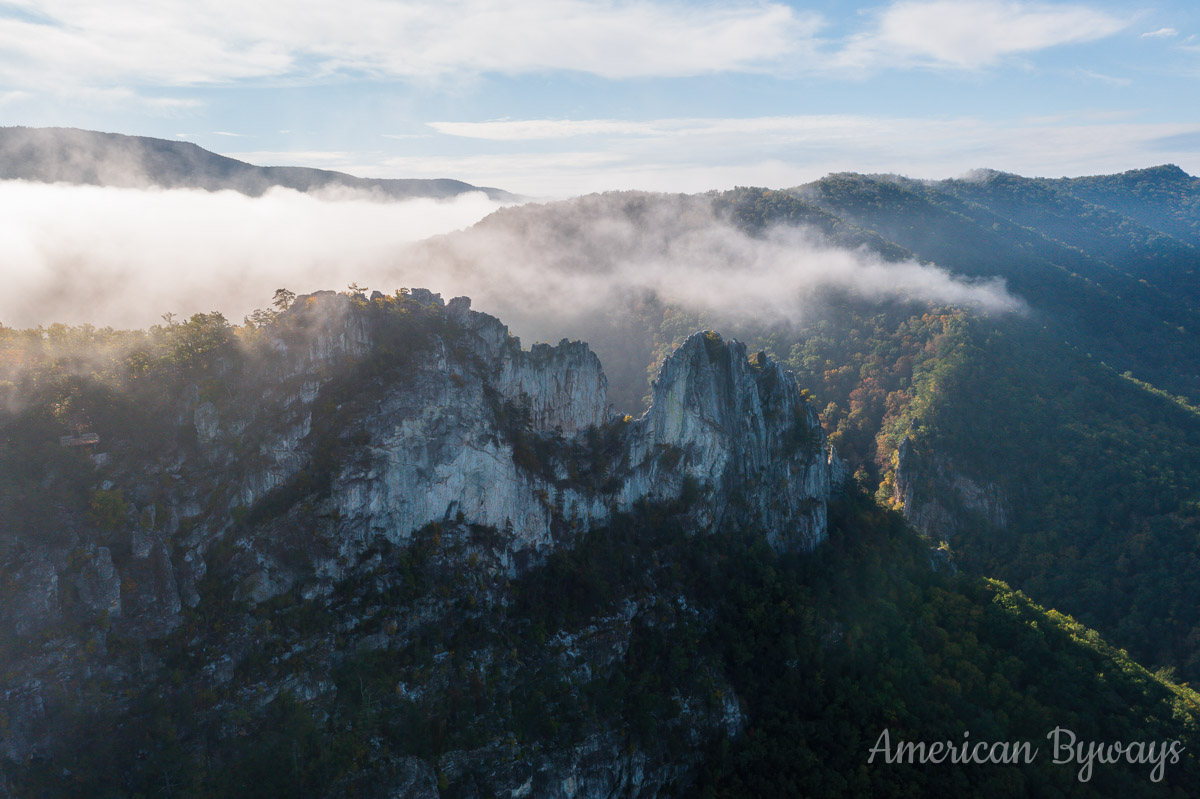