Pilot Knob features a spectacular sandstone outcrop atop a 730-foot high knob and is located minutes from Clay City in rural Powell County. “Boone’s Overlook,” as the outcrop is often referred to, is considered to be the prominence upon which Daniel Boone stood on June 7, 1769, and proclaimed that the Bluegrass region was the “land of Kentucke.” It is believed that the name Kentucke is based either an Iroquoian name meaning “on the meadow” or “on the prairie” or from the Algonquian language and meaning “Land of Our Fathers.”

Down the hill from Pilot Knob lies the remains of a quarry, where millstones and other remnants remain from an early industrial past.

The original 308-acre Pilot Knob reserve was acquired with the assistance of The Nature Conservancy and was dedicated in September 1985. Additions over the years have brought total acreage to over 1,200 acres.

From the Mountain Parkway at Clay City, follow KY 15 south for 2.7 miles. Turn right at Brush Creek Road for 1½ miles to a gravel parking area. 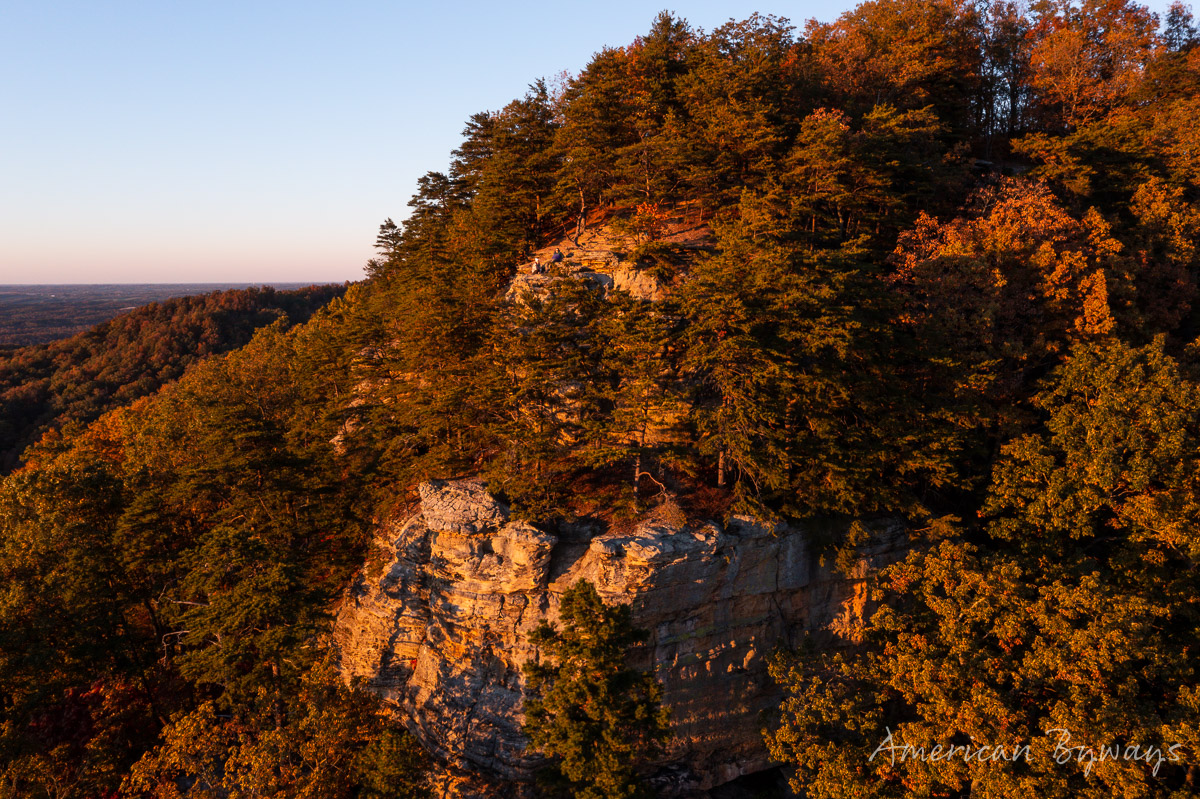