Jackson’s Mill, located near Weston, West Virginia, was Confederate Gen. Thomas “Stonewall” Jackson’s boyhood home and since 1921 has been the location of the state’s 4-H Camp. Jackson’s Mill is operated by the West Virginia University Extension Service as a multipurpose year-round conference center for adults and youth.

The site was first settled by Edward Jackson circa 1800 who constructed a house, gristmill, and sawmill. Thomas’ father, Jonathan Jackson, was raised there but moved to nearby Clarksburg in 1818 to practice law. Thomas was born in Clarksburg in 1824 and lived in Jackson’s Mill in 1831 after the death of his father and mother.

Thomas helped around his uncle’s farm, tending sheep with a sheep dog, driving teams of oxen, and helping to harvest crops. His uncle also held a few slaves, but Thomas once made a deal with one of his uncle’s slaves to provide him with pine knots in exchange for reading lessons. In his later years at the farm, Thomas served as a schoolteacher.

Thomas lived at the property until 1842 when he left to enter the U.S. Military Academy at West Point, New York. After graduation, he served as an instructor at the Virginia Military Institute. During the American Civil War, he advanced in the Confederate Army to the rank of general and died in 1863 during the Battle of Chancellorsville.

The last Jackson left Jackson’s Mill in 1847 to search for gold in California, and the property was held in heirship until 1868 when it was purchased by his sister, Catherine Jackson White. The farm was sold to outside interests upon her death in 1876.

A five-acre tract of the farm, which included the gristmill and the site of Cummins Jackson’s house, was purchased by the Monongahela Power Company in 1915. In 1921, the first 4-H camp at Jackson’s Mill was held and in 1924, the property was donated to the state as a statewide meeting place for youth enrolled in the 4-H conversation program.

Since that time the facility, which has 500 acres of land, has been extensively developed. Major features include a large dining hall patterned after Mount Vernon, an assembly hall, 14 cottages donated by various West Virginia counties and named for them, and the building that housed West Virginia’s exhibit at the 1933 Chicago World’s Fair. Other features include a small airport, the McWhorter cabin, constructed in the 1790s near neighboring Jane Lew and moved to the site in 1929, numerous gardens, and the Jackson Lodge for small conferences. Blaker’s Mill, a water-powered gristmill constructed in 1794 near Alderson in Greenbrier County, was relocated to Jackson’s Mill in the 1980s. Sites associated with the Jackson family include a gristmill constructed around 1841 and now maintained as a museum, the family spring, the Stonewall Jackson monument, and the Jackson family cemetery where his paternal grandparents and other relatives are buried.

Jackson’s Mill is operated by the West Virginia University Extension Service as a multipurpose year-round conference center for adults and youth. Today, you can visit Jackson’s Mill for educational tours and programs, including demonstrations of grist milling, weaving, spinning, basket making, candle dipping, woodworking, blacksmithing, paper marbling, and other activities of frontier life. More information can be found at the Heritage Education website of the West Virginia University Extension Service.

A map showing the grounds of Jackson's Mill.

From Weston, follow US Route 19 north for 1.9 miles. Turn left onto Jackson Mill Road and follow for 2½ miles. 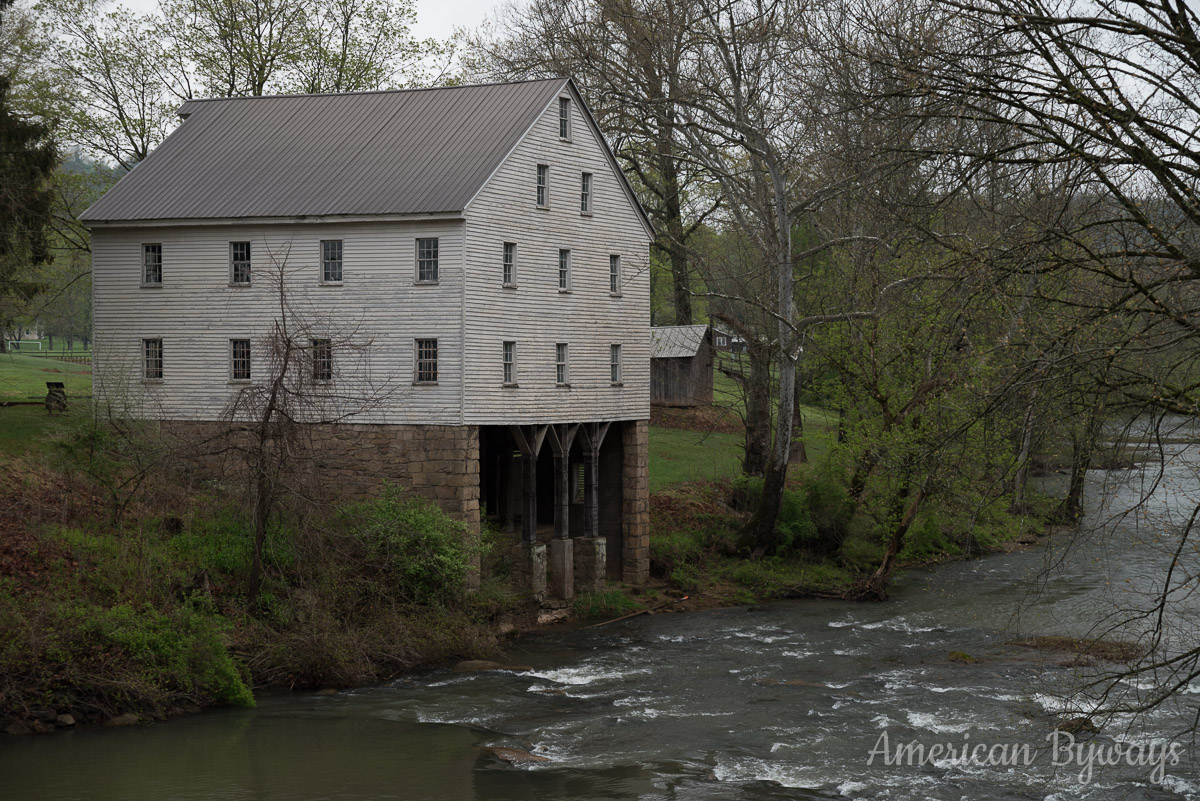