The pond is by far not the largest in the state. At 393 acres and just shy of 100 feet in depth, Joe’s Pond could be mistaken for just an ordinary body of water, but lined with colorful residences and ringed with serene byways and Lamoille Valley Rail Trail, it becomes exceptional.

The lake was formed during the Pleistocene glaciations under stagnating ice conditions. The Native Americans named the body of water Sozap Nebees, and it was officially named Joe’s Pond by Vermont’s legislature on June 11, 1785. Joe’s Pond and neighboring Molly’s Pond were named for two Micmac Indians, Joe and Molly, who assisted early settlers in the region.

The first cottages began to appear along the shoreline in 1887 and by the turn of the 20th century, there were numerous residences, a dance hall, and a store lining the lake.

From St. Johnsbury, Vermont, follow US 2 west for 10½ miles. 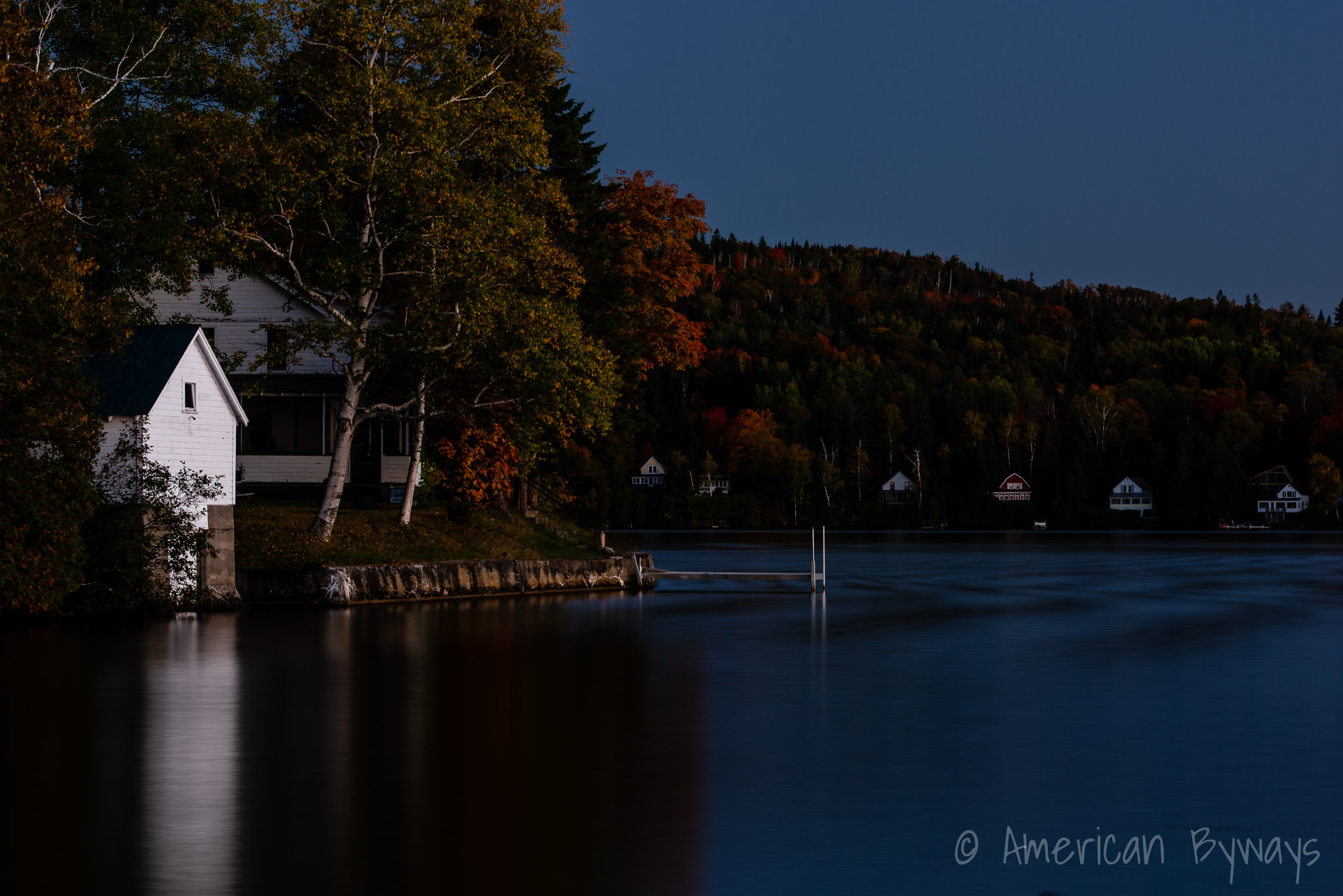