Moss Glen Falls is a 125-foot waterfall along Moss Glen Brook near Stowe, Vermont. It is comprised of several small falls, a 33-foot drop, and a 62-foot drop.

Located within the C. C. Putnam State Forest, Moss Glen Brook flows through a very narrow gorge, which can be between 40 feet and 80 feet in depth and generally inaccessible.

A fairly traversed walking path, with a small scramble at the end, is ¼ mile in length and connects the parking area and the top of the waterfall.

The power of Moss Glen Falls was once harnessed for a sawmill operated by Levi Taylor at the base and for the Burt sawmill at the top. A natural pool above the waterfall was widened with a dam where logs would soak until the bark could be peeled off before being sawn at the Burt Mill. The pool was nicknamed Johnny Cake Flats, allegedly named by French-Canadian loggers who loved cornbread. Below the waterfall were two dams for additional holding pools for the Taylor Mill.

Brownsville, a small collection of houses and a school, developed around Moss Glen Falls and its mills. The village began a quick decline in the 1950s, with the mills long closed and the forest was over-logged and over-tilled. The school closed in 1953—and later relocated down the road to serve as an artists studio by Stan Marc Wright. The rest of Brownsville succumbed to nature, and very few traces of it remain today.

Moss Glen Falls is a 125-foot cascade with drops of 33-feet and 62-feet along Moss Glen Brook. 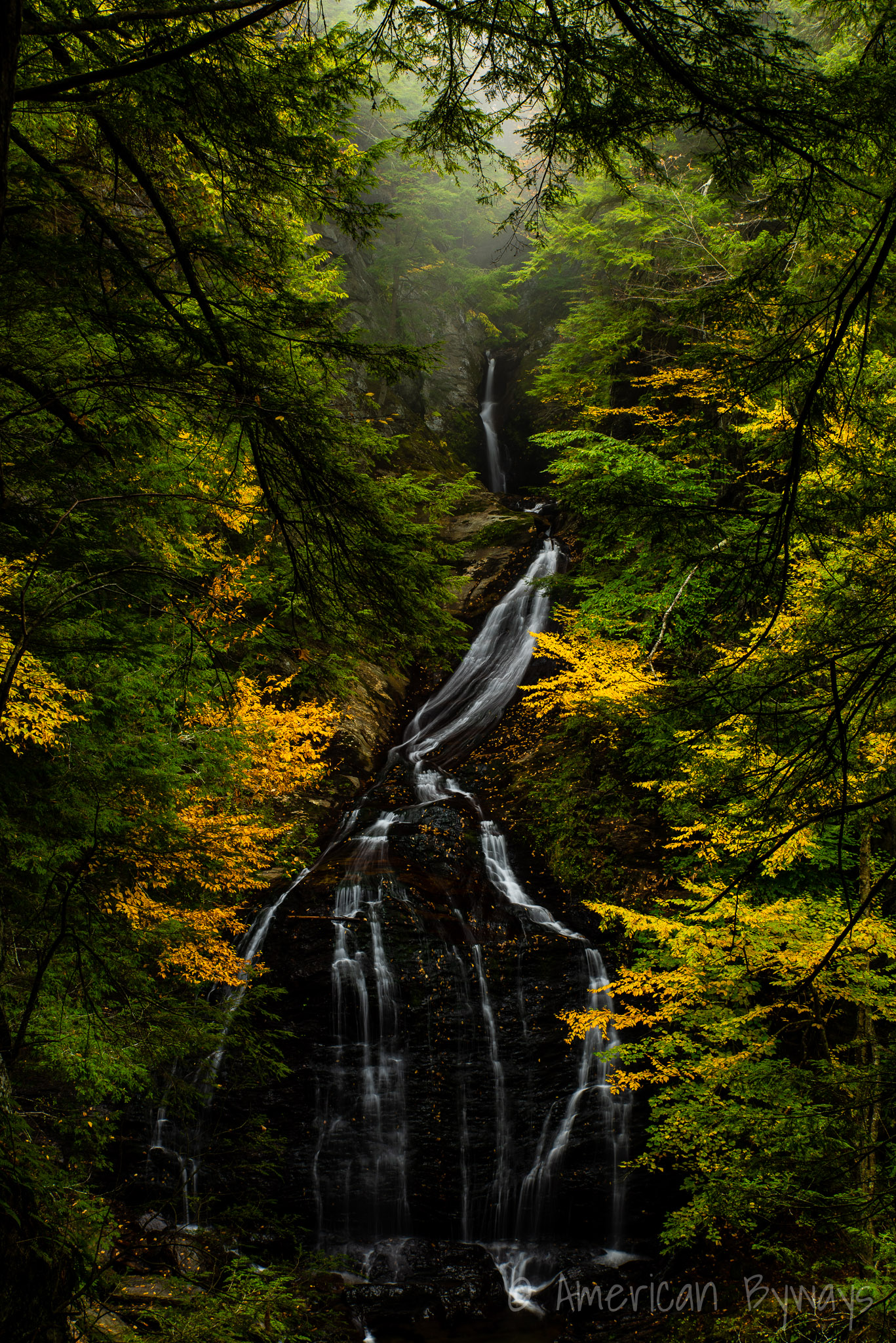