Between 1792 and 1830, two buildings were used in Frankfort as the Kentucky state capitol building, both of which burned. The state legislature authorized the construction of the first state capitol building in 1827 and opened in 1830. The structure was designed in the Greek Revival style to link Kentucky, a young republic, with ancient Greece, the prototype of a popular democratic government. The front of the building was styled to duplicate the Temple of Minerva Polias at Priene.

After much discussion and spirited debate, the Kentucky General Assembly selected Frankfort as the location of the fourth state capitol building, versus Lexington or Louisville. It appropriated $1 million toward the construction of the building. Ground-breaking for the new capitol building was held on August 14, 1905, and the new edifice to government was dedicated on June 2, 1910.

Outside, the Beaux Arts-style building featured Indiana limestone and Vermont granite, with a sculptured pediment of the classical front portico designed by Charles Henry Niehaus and carved by Australian sculptor Peter Rossack. Inside, the Beaux-Arts style building included many traditional French interior designs, including staircases that were styled as replicas of the Opéra Garnier in Paris. The State Reception Room, designed as a place for ceremonial events, is decorated with pilasters finished in scagliola and hand-painted murals meant to represent tapestries from the Gobelin Tapestry Guild. Elsewhere, white Georgia marble, gray Tennessee marble, and dark green Italian marble adorn the interior surrounded by 36 imposing columns of Vermont granite.

Above the entrances to the House and Senate chambers are oil paintings by T. Gilbert White that depict frontier scenes with Daniel Boone. One shows a view of Boone and his party catching their first glimpse of the Bluegrass region atop Pilot Knob in 1769, while the other features the negotiations for the Treaty of Sycamore Shoals, which led to the purchase of Cherokee land that would eventually become Kentucky.

The Kentucky State Capitol was listed on the National Register of Historic Places in 1973. 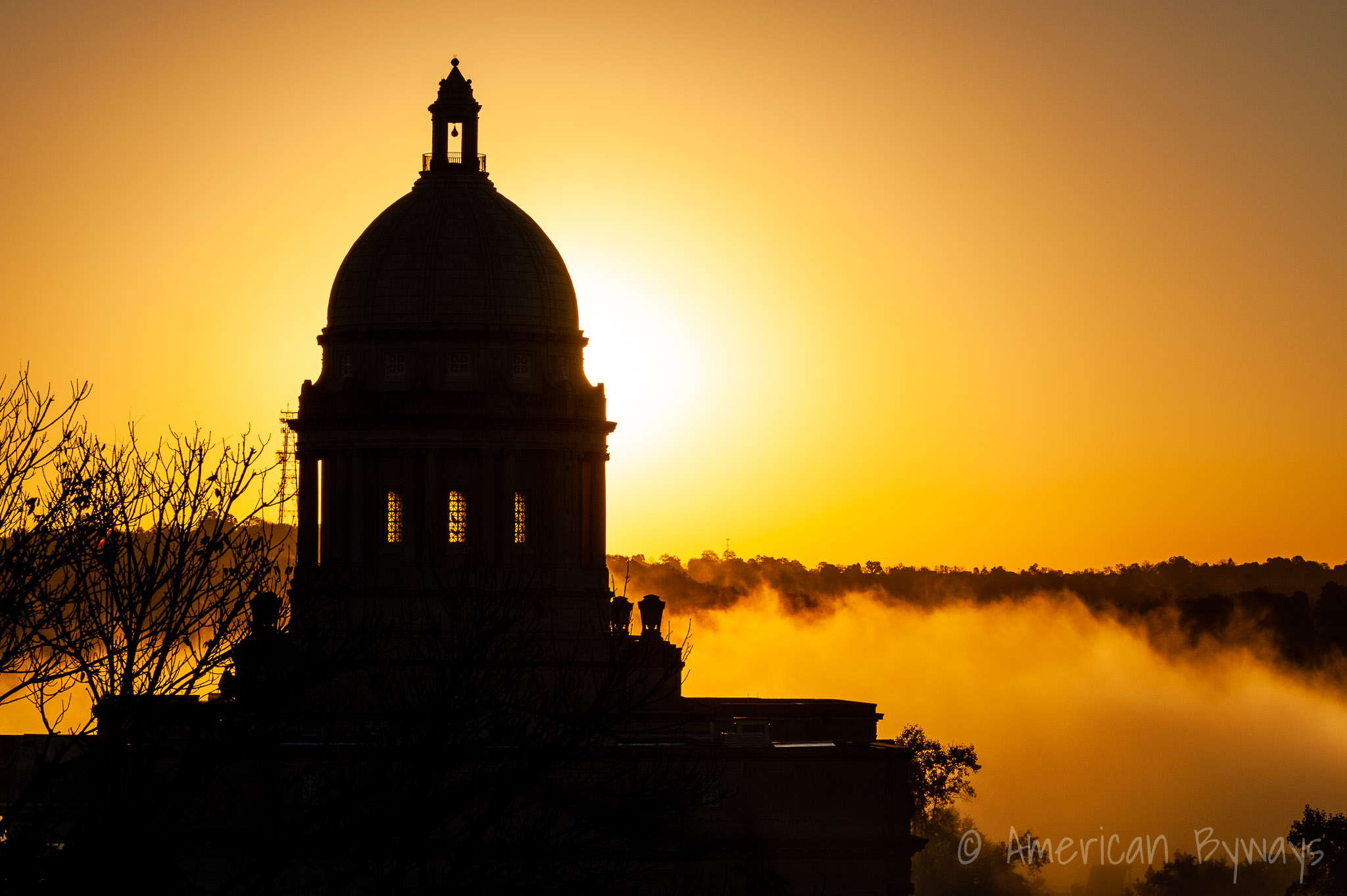