Vesuvius Furnace was constructed in 1836 by William Firmstone and was the first hot blast furnace in the Hanging Rock Iron Region. To fuel the furnaces, forests were repeatedly cut, and the wood converted to charcoal. Each ton of iron required 190 bushels of charcoal, three tons of iron ore, and 300 pounds of limestone. In the early years, oxen hauled the iron by wagon from the furnaces to docks along the Ohio River. Once loaded, the iron was taken to Cincinnati, Pittsburgh, and St. Louis.

It was predicted that iron ore in the Hanging Rock Iron Region would last for 2,700 years but most of the iron seams had been depleted by the 1900s. Vesuvius Furnace closed in 1905 after exhausting all the available wood, iron, and limestone in the area.

During the Great Depression in the 1930s, the U.S. Forest Service began acquiring land, planting trees, and building recreational facilities in what later became the Wayne National Forest. In 1937, the Civilian Conservation Corps began the construction of a dam along Storms Creek that formed Lake Vesuvius.

Today, the rugged hills and sharp rock outcroppings provide bountiful opportunities for outdoor recreation, and the Lake Vesuvius Recreation Area includes more than 25 miles of hiking trails and 45 miles of bridle trails, a sandy beach along the lake, and campgrounds—among many other amenities.

The Lake Vesuvius Recreation Area includes more than 25 miles of hiking trails and 45 miles of bridle trails. Two of the most popular trails include:

The Lakeshore Trail is a scenic 8.25-mile loop trail that follows along the shore of Lake Vesuvius.

The more adventurous Vesuvius Backpack Trail is a 17.3-mile loop trail that follows alongside Lake Vesuvius and goes through mature forests, open fields, and brushland.

Via the National Forest Service

Via the National Forest Service 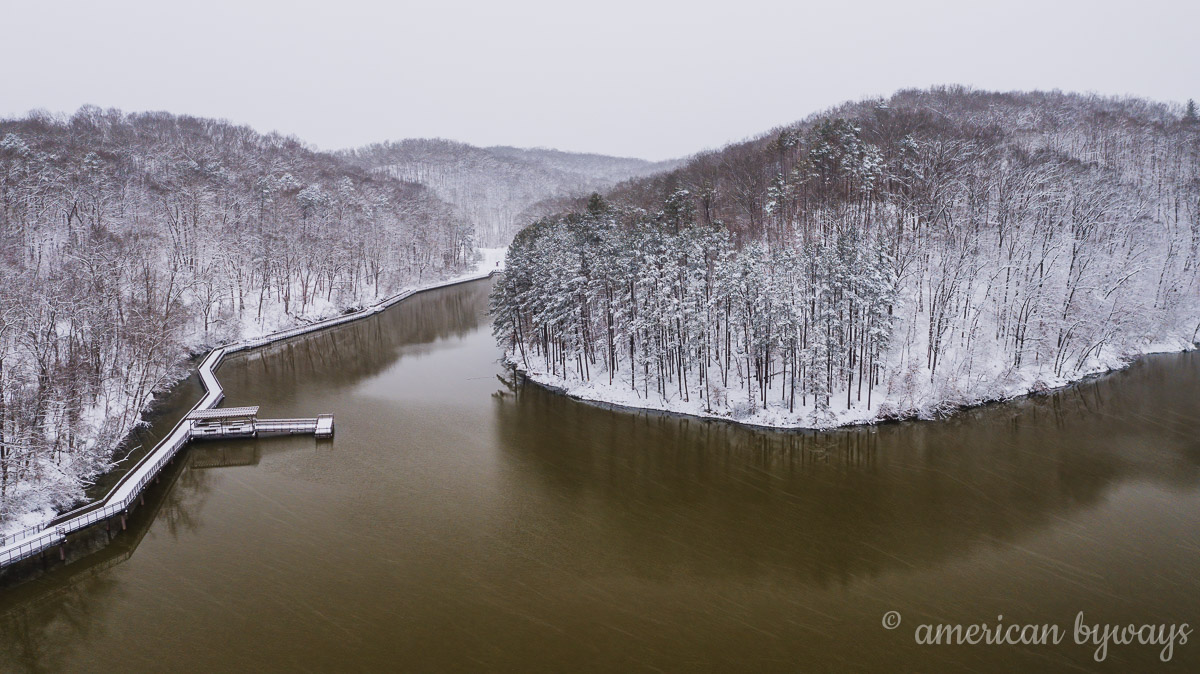