Point Judith Lighthouse is a historic octagonal lighthouse in Point Judith, Rhode Island. The lighthouse and surrounding property is restricted as it is an active Coast Guard installation.

A combination of thick fog, heavy seas, and treacherous shoals tormented sailors for centuries around Point Judith, leading to the area being referred to as the “Graveyard of the Atlantic.” Realizing its danger to wayward vessels on the Atlantic Ocean, Congress earmarked $5,000 toward the construction of a lighthouse at Point Judith in February 1808. A wooden tower, equipped with a spider lamp that burned whale oil, was constructed by Daniel S. Way in 1810.

Winds from the Great Gale of September 1815 toppled the lighthouse, and the accompanying eleven-foot storm surge damaged the keeper’s dwelling. After Congress appropriated $7,500 to replace it in April 1816, a 35-foot-tall lighthouse was erected and put into operation in November. Built of rough granite blocks faced with Connecticut freestone and coated with cement, the 35-foot-tall octagonal tower featured ten lamps equipped with 8½-inch reflectors and green convex lenses fueled by whale oil.

The lighthouse structure was replaced with an even taller brownstone building 65-feet in height in 1857. It included a fourth-order Fresnel lens that produced light visible up to 16 miles at sea. A fog signal was added in 1867, which was replaced in 1902 by sirens that were powered by a pair of 16 horsepower engines and compressors.

A new lantern room was installed in 1869, and in 1899, the top half of the lighthouse was painted brown to give it a distinctive appearance. A brick oil house was added in 1917 followed by a fog signal building in 1923 and a Coast Guard building was in 1937, replacing an earlier lifesaving station.

The Point Judith Lighthouse was automated in 1954, and the keeper’s house was torn down later in the year. The lighthouse structure underwent a major renovation over four months in 2000 that required the replacement of some brownstone blocks and the refurbishment of the lantern room and Fresnel lens.

From US Route 1 at Wakefield, follow RI Route 108 south for 5 miles. 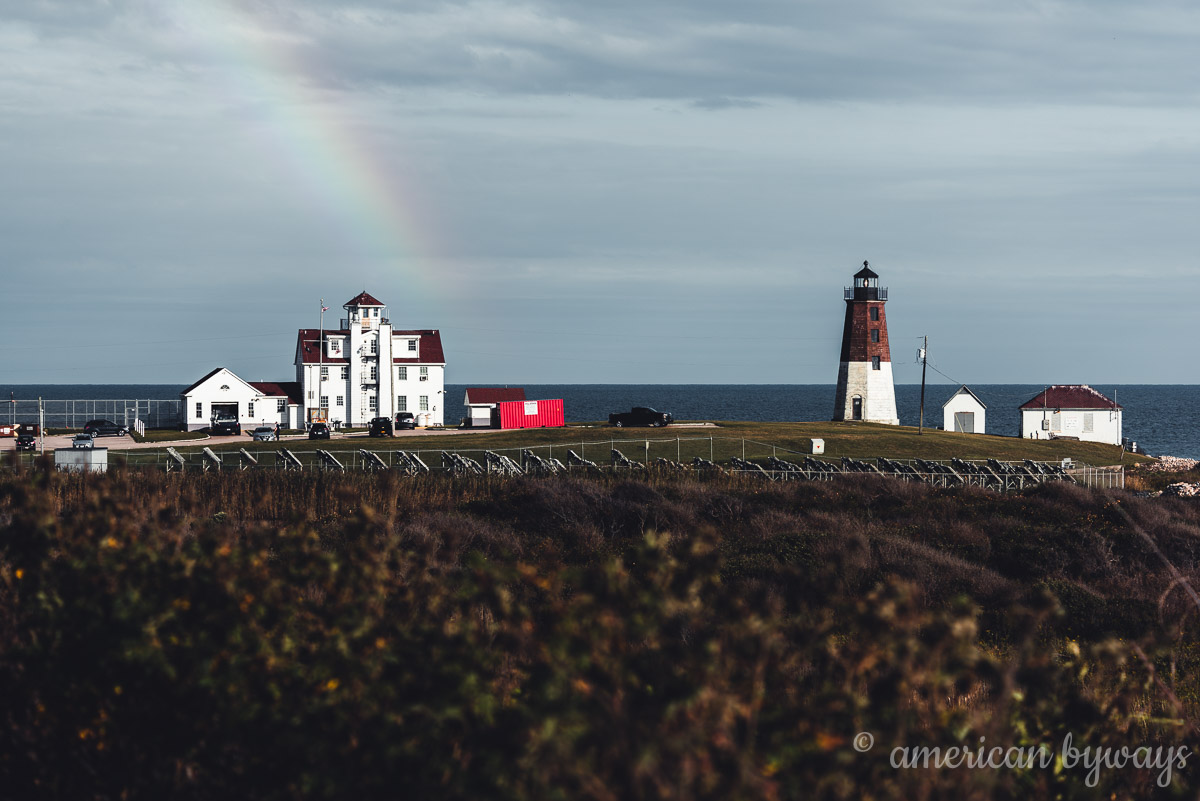