Millbrook Covered Bridge was constructed as a covered Town Lattice truss by Edgar and Orrin Marks and Wesley Alton in 1902. Initially carrying automobile traffic over Mill Brook, it featured a design similar to others in the Catskills, all of which included side buttresses.

In mid-1902, the Commission of Highways solicited bids to build a covered crossing over Mill Brook near the residence of Willard Kittle. Marks was the low bidder along with his brother Orin. Wesley Alton assisted, while Daniel George of Dry Brook framed the structure. The bridge was finished in late November 1902 at the cost of $1,027.

In May 1964, the bridge was re-evaluated for its load strength after a resolution was passed to raise its weight limit from two to three tons. It was determined that the crossing could support a school bus but despite this, by September, the bridge was bypassed with a modern structure.

After Millbrook Covered Bridge was damaged by floodwaters in 1969, the town looked into donating the bridge to the Tuscarora Club or any historical society for the purpose of repairing and preserving the structure. After the Club and historical society declined the offer in August 1971, the town moved to relocate the bridge to dry ground 200 feet downstream. In February 1973, it received a bid of $3,495 from L.D. Dexheimer and another from Halliday House from $1,400.

The lower bid was accepted on the condition that the Tuscarora Club give permission to place the bridge on their property and that private donors pay for part of the relocation cost. The Club did not agree to those terms and by May, the town decided to leave the bridge in place. The town contracted with Elmer Close to reinforce the abutments and make repairs to the lattice truss.

Millbrook Covered Bridge was rehabilitated by Bob Vredenburgh, the great-grandson of Edgar Marks, one of the original builders, in 1991. The crossing was listed on the National Register of Historic Places in December 1998. 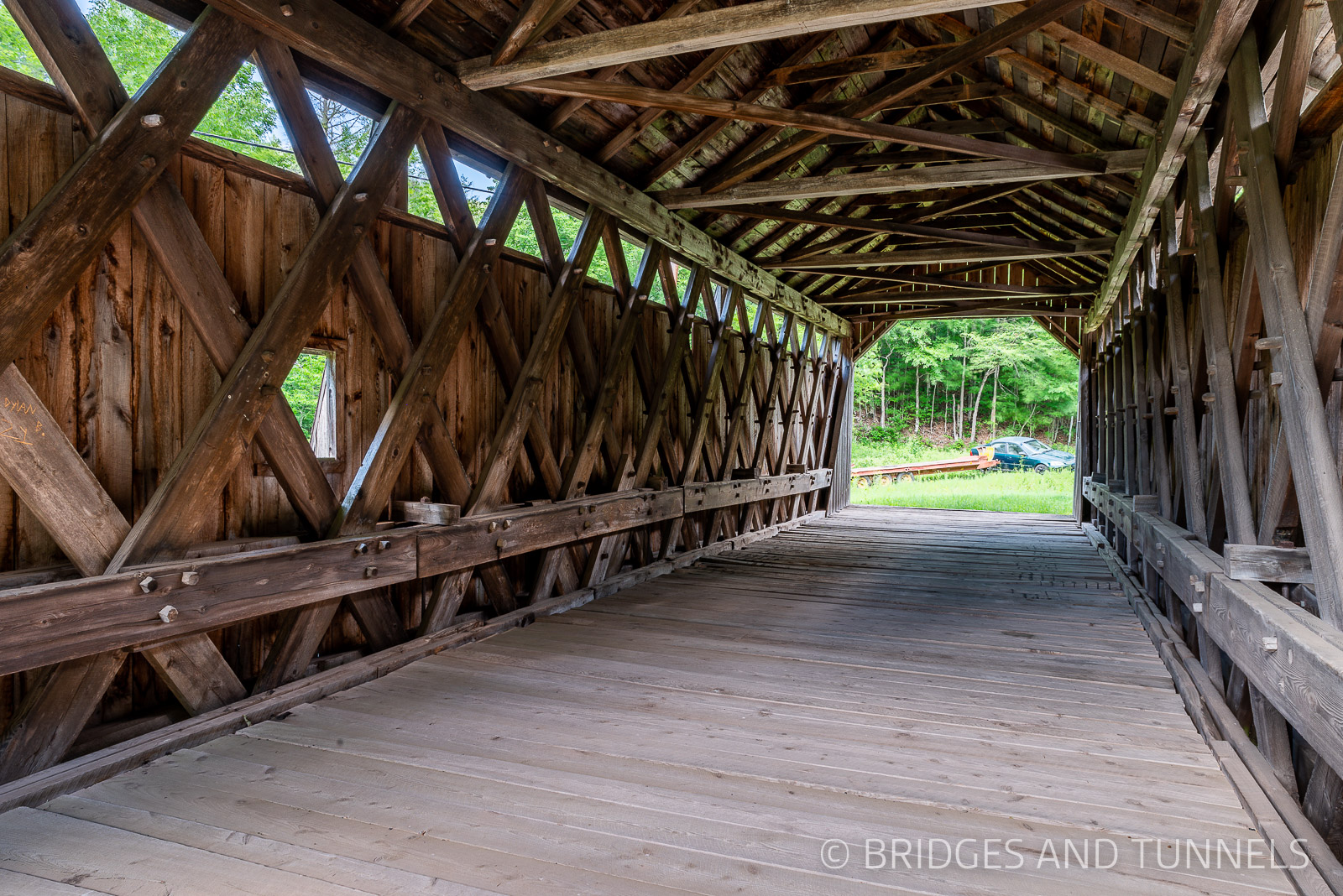