Downsville Covered Bridge is a covered Queenpost through truss over the East Branch Delaware River in Downsville, New York.

Downsville Covered Bridge was constructed in 1854 by Robert Murray for $1,700. Carrying automobile traffic over East Branch Delaware River, it featured a Long truss and Queenpost truss design similar to others in the Catskills, all of which included side buttresses.

The Downsville Covered Bridge was rehabilitated in 1998 at the cost of $975,000. Work included replacing two lower chords with three laminated beams joined together to form a single 174-foot-long chord. No laminated beam of that length had been built before, and the task was awarded to the Unadilla Laminated Products Company of Sidney. The crossing was reopened to traffic on May 22, 1999. Wilmer Murray, the great-grandson of Robert Murray, was in attendance.

Downsville Covered Bridge was listed on the National Register of Historic Places in April 1999.

From the junction of NY Routes 30 and 206 in Downsville, follow NY Route 30 north and Route 206 east for .3 mile. Turn right onto Bridge Street. 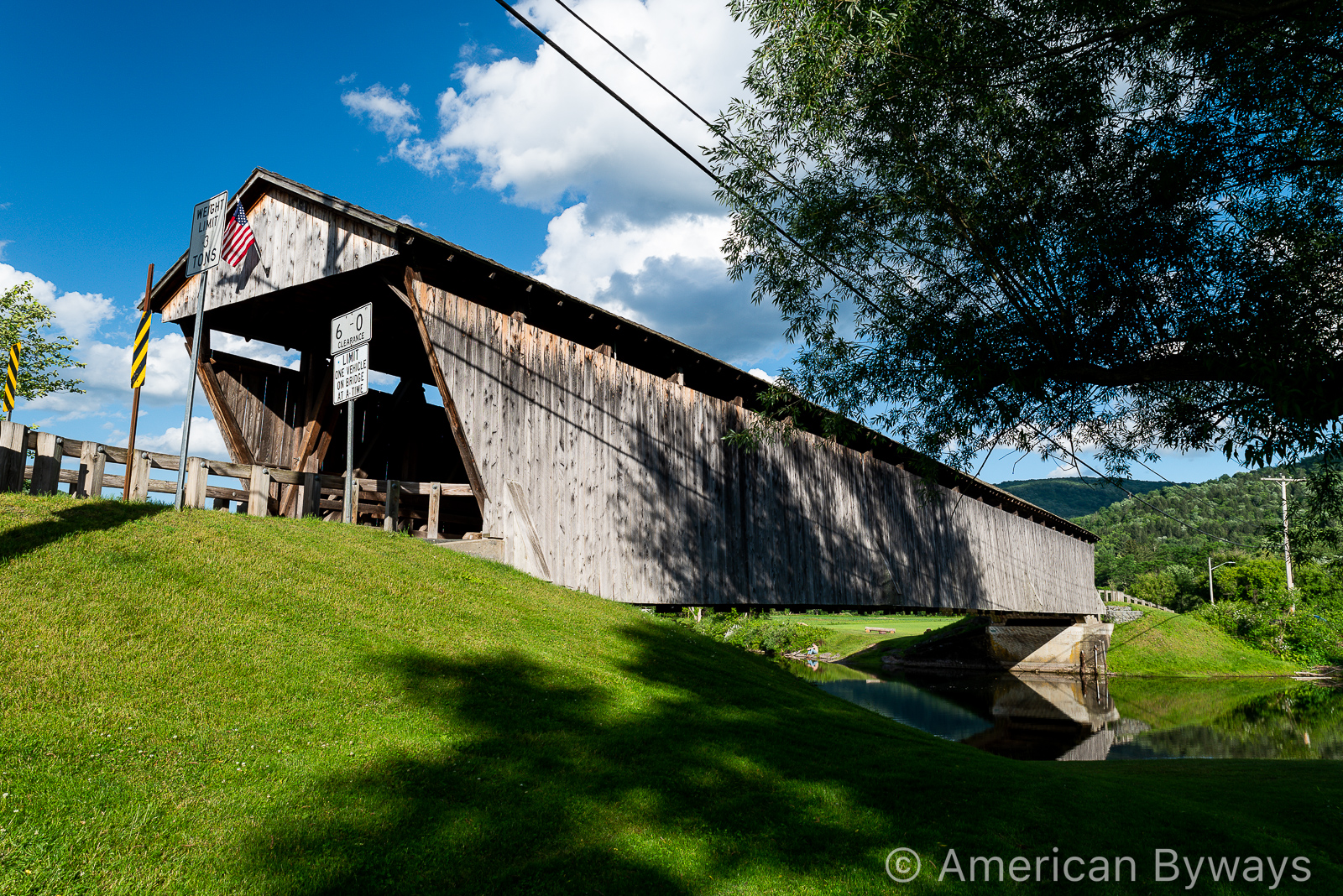