Forge Covered Bridge is a covered Kingpost through truss over Dry Brook in the Catskill Mountains of Ulster County, New York.

The Forge Covered Bridge was constructed as a covered Kingpost truss by Salem Jerome Moot in 1906 and replaced an uncovered Kingpost truss bridge. Carrying pedestrian traffic over Dry Brook, it featured a design similar to others in the Catskills, all of which featured side buttresses. The crossing was named for an iron forge that existed nearby.

Moot was a barn and bridge framer who lived and operated a sawmill in Dry Brook. As noted in Spans of Time, Covered Bridges of Delaware County, NY by Ward Herrmann, “when they were raising the barn which belonged to Jack Todd, the people from the area gathered to help and watch the event. It was a very large overshot barn with a stable beneath and a hay barn overhead. The men thought they were going to see a mixed-up deal, but Moot called every part right. He directed the erection of the barn’s assembly of pre-cut parts as he did in the bridge situation, and every part fit with nothing left over.”

At one time, there were eight covered bridges over Dry Brook: Rider Hollow, Lincoln Todd, Gould, Haynes Hollow, Forge, Tappan-Kittle, Ort Todd, and Myers. A flood in December 1901 destroyed all of the bridges along Dry Brook. With the exception of Forge, Myers, and Tappan-Kittle, all others were washed away during a flood on November 25, 1950. The Myers Bridge was reconstructed in 1989 with a modern girder structure with siding and roof protecting a concrete deck.

For the Forge Covered Bridge, it was declared unsafe and dangerous to cross by 1928. It was proposed that it be replaced but instead, Kingdom V. Gould, who owned the Furlough Lodge elsewhere in the valley, acquired the structure for $1 in 1953 and closed it to all traffic. In December 1976, Gould’s son rehabilitated the crossing which remains open for private use. 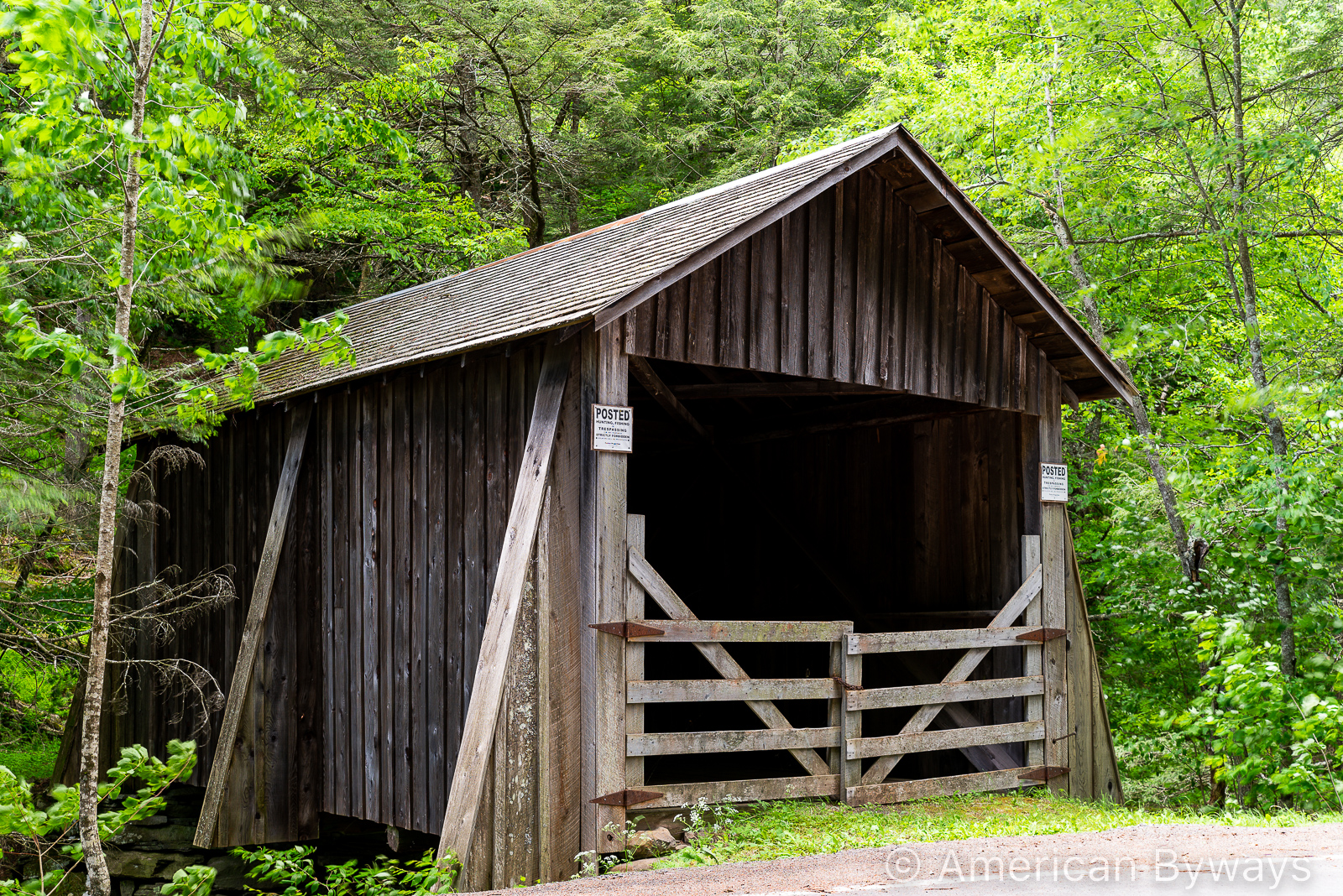