Tappan-Kittle Covered Bridge is a scenic, covered Kingpost through truss over Dry Brook in the Catskill Mountains of Ulster County, New York.

The Tappan-Kittle Covered Bridge was constructed as a covered Kingpost truss by Salem Jerome Moot in 1906. Carrying local traffic over Dry Brook, it featured a design similar to others in the Catskills, all of which featured side buttresses. The crossing was named after the nearby Tappan Road which had crossed Balsam Lake Mountain between Seager Mill to Dry Brook until April 1908 when it was abandoned and after local landowners.

Moot was a barn and bridge framer who lived and operated a sawmill in Dry Brook. As noted in Spans of Time, Covered Bridges of Delaware County, NY by Ward Herrmann, “when they were raising the barn which belonged to Jack Todd, the people from the area gathered to help and watch the event. It was a very large overshot barn with a stable beneath and a hay barn overhead. The men thought they were going to see a mixed-up deal, but Moot called every part right. He directed the erection of the barn’s assembly of pre-cut parts as he did in the bridge situation, and every part fit with nothing left over.”

At one time, there were eight covered bridges over Dry Brook: Rider Hollow, Lincoln Todd, Gould, Haynes Hollow, Forge, Tappan-Kittle, Ort Todd, and Myers. With the exception of Forge, Myers, and Tappan-Kittle, all others were washed away during floods. The Myers Bridge was reconstructed in 1989 with a modern girder structure with siding and roof protecting a concrete deck.

For the Tappan-Kittle Covered Bridge, the cedar shingled roof was replaced with red asphalt in 1974 and wooden poles were wedged from the stream bed below to hold up the trusses. In mid-1976, cables were attached from nearby trees to underside timbers to provide additional support. Eventually, structural deterioration led to the reconstruction of the bridge in 1985, during which the underside timbering was replaced with steel girders. 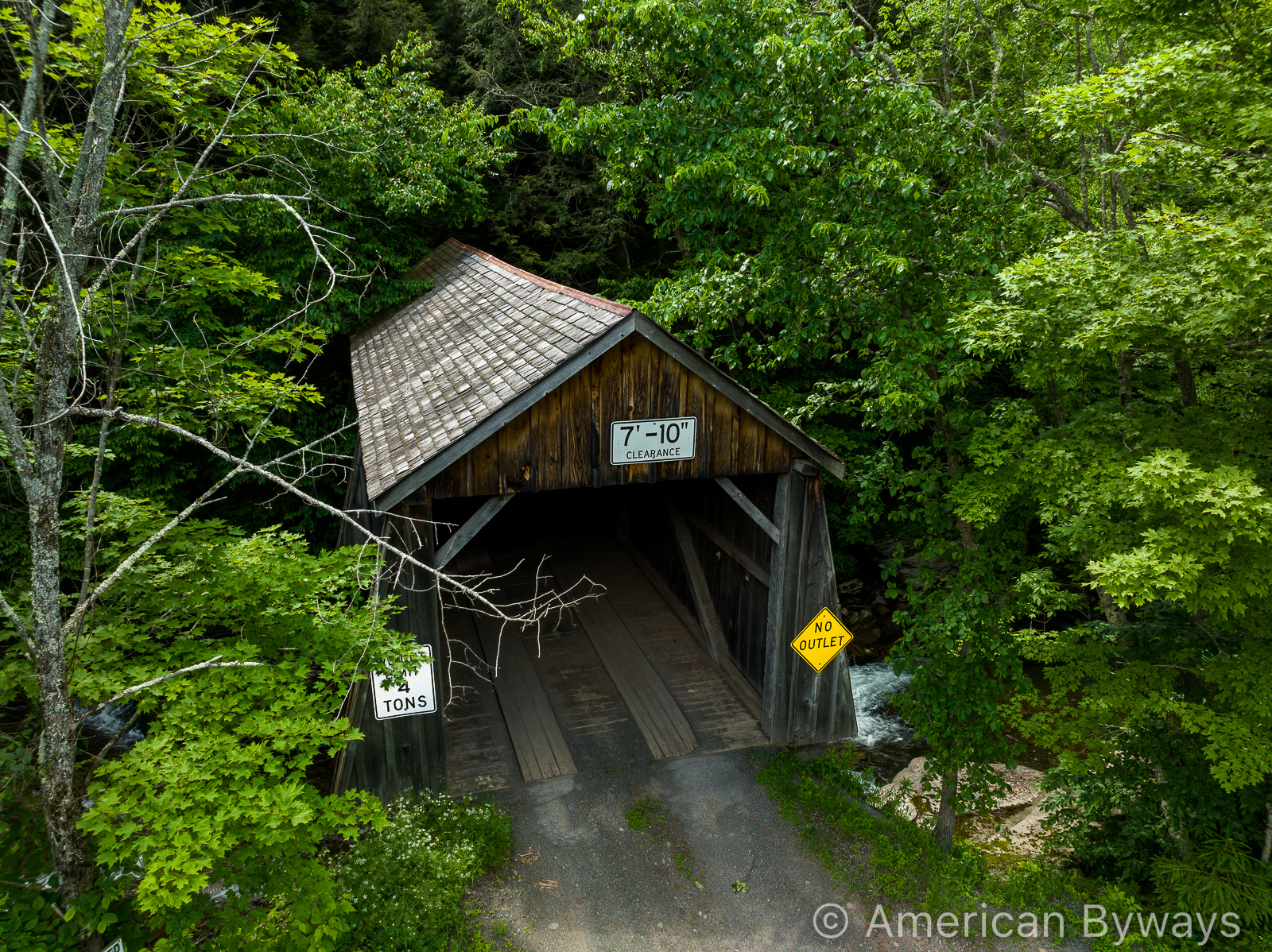