The Plattekill Clove features a narrow and steep valley containing numerous waterfalls in the northern Catskill Mountains of New York.

Like the Kaaterskill Clove, the Plattekill Clove was the subject of the Hudson River School art movement, a mid-19th century American art movement embodied by a group of landscape painters whose aesthetic vision was influenced by Romanticism, and whose paintings typically depicted scenes from the Catskills, Adirondacks, and the namesake Hudson River valley.

In 1975, 200 acres of the Plattekill Clove, including Plattekill Falls, was donated to the Catskill Center by the Griswald Family for its permanent protection.

Plattekill Falls is a plunge waterfall located along Plattekill Creek. It features a total height of 61 feet in one drop.

Although trails wind around the Plattekill Clove, only one winding footpath descends down to Plattekill Falls, the only accessible waterfall in the canyon.

The Waterfall Trail is ¼ mile in length and descends from Platte Clove Road to Plattekill Falls. The trail narrows considerably as it gets closer to the creek before ending into a bed of slippery rocks.

From Tannersville, follow Railroad Avenue and Spruce Street south for 1 mile. The road turns left and continues on as Platte Clove Road. Follow for 5.5 miles.

From the New York Thruway at Saugerties, follow NY Route 212 west for 2 miles. Turn right onto Blue Mountain Road and continue north for 1.5 miles. Turn left onto West Saugerties Road and follow for 3 miles. The road continues up Plattekill Clove as Platte Clove Road. Ascend the hill for 1.5 miles. Platte Clove Road is closed during the winter months; it is not a recommended through route and is not a recommended route for larger vehicles or for vehicles with attachments. 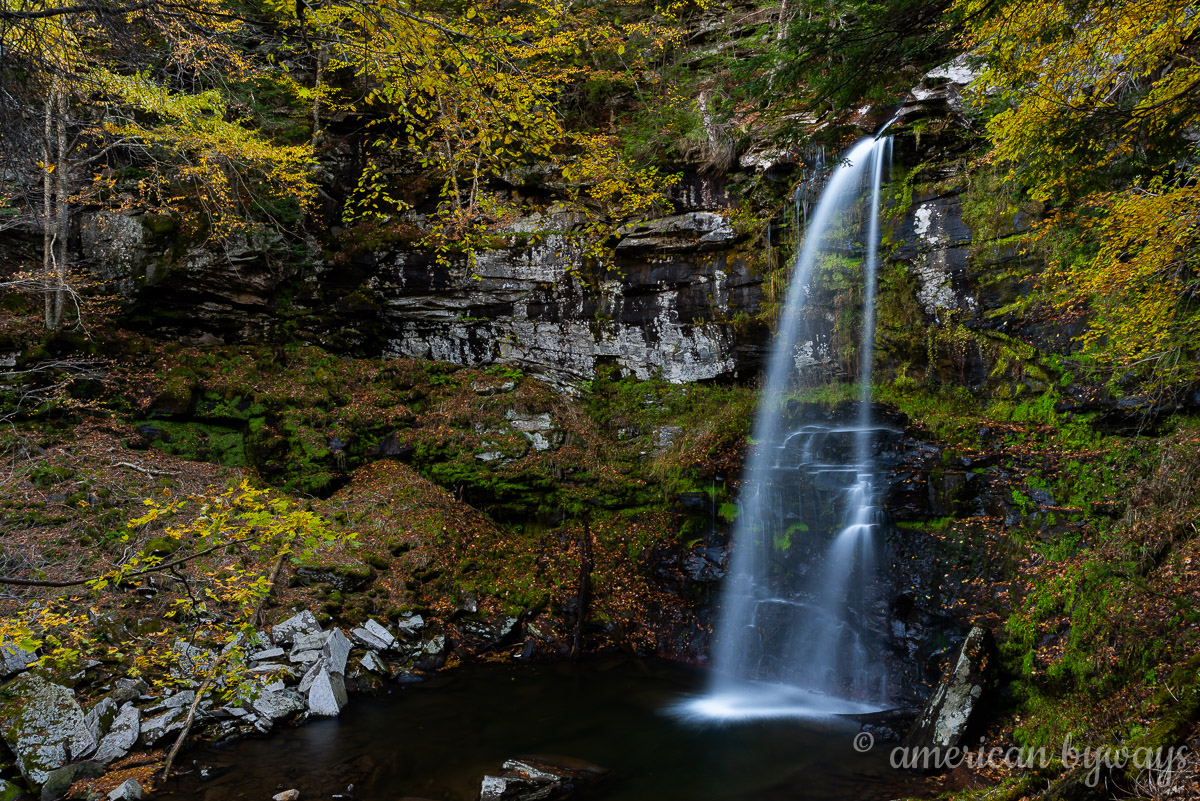