There are numerous waterfalls and swimming holes in the vicinity of the infamous Peekamoose Blue Hole in the Catskill Mountains of New York.

As Rondout Creek makes its way between Samson and Peekamoose Mountains through the Sundown Wild Forest and Slide Mountain Wilderness, it intersects numerous seasonal streams that feature small, sheltered cascades and towering but shaded waterfalls. Roundout Creek itself features the iconic Peekamouse Blue Hole, a 15-foot-deep depression in the streambed rock formed by sand and swirling gravel in an ancient whirlpool.

The lands around the Peekamoose Valley were once rife with tall, stately hemlocks that shadowed the forest floor for much of the day, giving rise to communities such as Sundown, named because the sun always appeared to be below the horizon. Most of the hemlocks were debarked for the early tanneries that were located in Grahamsville, and while a few of the dead trees were cut for use in the construction of plank roads, most were left to rot and eventually blow over in wind storms. After the slopes had been cut, spring floods became an annual event, cumulating in the massive flood of 1928 that destroyed communities along Rondout Creek. The subsequent depopulation in the valley allowed for tree re-growth although it has mostly been hardwoods and not softwoods such as hemlocks.

In the late 1800s, the lands began to attract outdoorsmen to hunting and fishing preserves lured by ample game and trout, and artists to retreats who were inspired by the boundless beauty of the area’s soaring mountains and tumbling waterfalls. The state of New York began acquiring lands in 1902 that eventually formed the Peekamoose Valley Wild Forest, protecting the lands forever from development and degradation.

From Grahamsville, follow NY Route 55A east for 2 miles. Continue straight onto Sundown Road and follow for 3.3 miles. The road then becomes Peekamoose Road. Continue on to the designated parking areas along Peekamoose Road.

From Boiceville, follow NY Route 28A south for 3 miles. Turn right onto Watson Hollow Road and continue for 6.7 miles. The road then becomes Peekamoose Road. Continue on to the designated parking areas along Peekamoose Road.

Parking is extremely limited along Peekamoose Road. Permits, which are free to obtain, are required on weekends during the summer months. 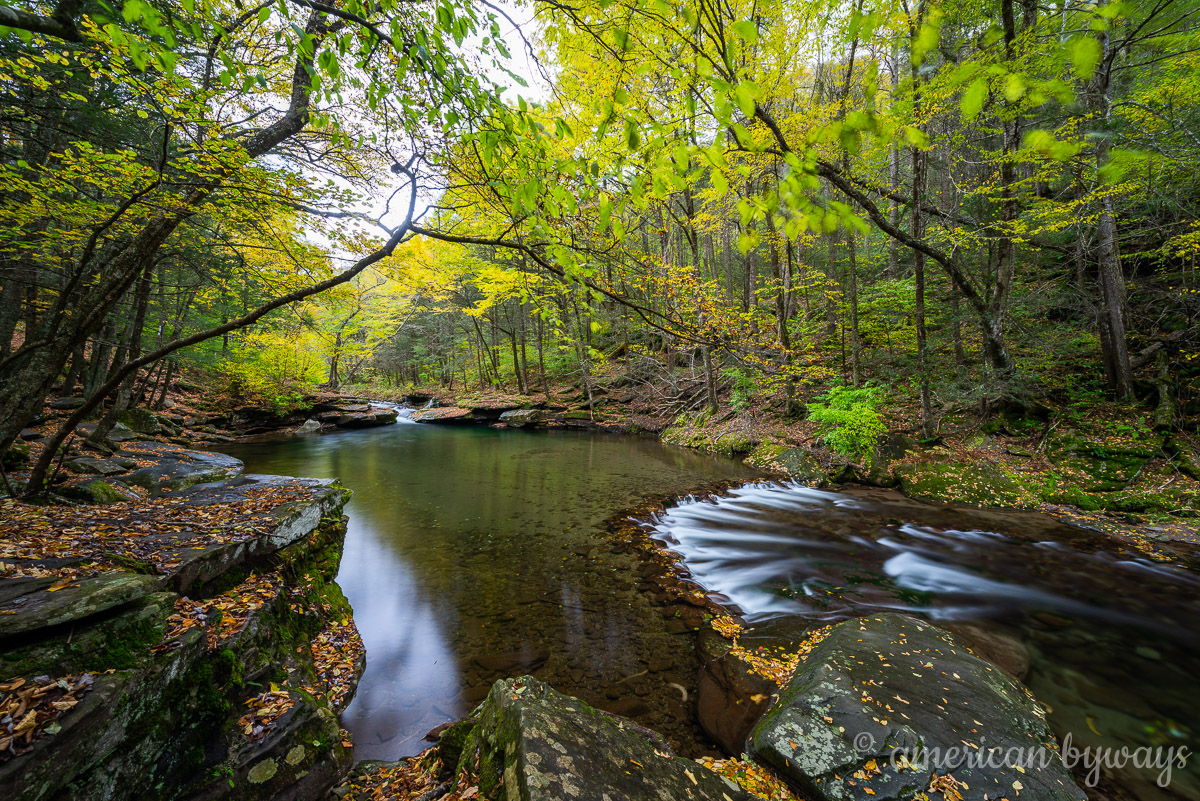