Long the subject of the Hudson River School art movement, mid-19th century American art movement embodied by a group of landscape painters whose aesthetic vision was influenced by Romanticism, and whose paintings typically depicted scenes from the Catskills, Adirondacks, and the namesake Hudson River valley, Kaaterskill Clove is one of the grand highlights of the northern Catskills.

As deep as 2,500 feet in places and bounded by the Kaaterskill High Peak, Roundtop Mountain, and South Mountain, the gorge was formed by Kaaterskill Creek over one million years ago. In the early 1800s, the area was the site of several tanneries due to the prevalence of large hemlock forests, but the industry collapsed in less than 50 years because of deforestation. Seeking a sustainable path out of the resulting economic slump, the communities around the Katterskill Clove reoriented toward tourists. Palenville in particular centered itself around the fictional character Rip van Winkle, a fictional Dutch-American villager who met mysterious Dutchmen, consumed their liquor, and fell asleep in the Catskills—only to awake 20 years later to a very changed world.

Several grand hotels, including the Catskill Mountain House, Hotel Kaaterskill, and Laurel House, were built to serve guests who took in the grand overlooks and waterfalls in the area. Later, the state of New York established the Kaaterskill Wild Forest to protect the ecology of the gorge and surrounding mountains.

Today, the Kaaterskill Wild Forest and the Kaaterskill Clove is heavily trafficked and one of the most visited areas of the Catskills. Recent improvements have brought a new overlook of Katterskill Falls, improved trail conditions, a connection between Kaaterskill Falls and the Laurel House trailhead, and enhanced parking areas.

Bastion Falls is a 30-foot-high, two-tier cascade with an 18-foot upper section and a 12-foot lower section.

Kaaterskill Falls is a 260-foot-high, two-tier sheer drop waterfall. It is one of the highest waterfalls in the state and one of the tallest in the eastern United States. 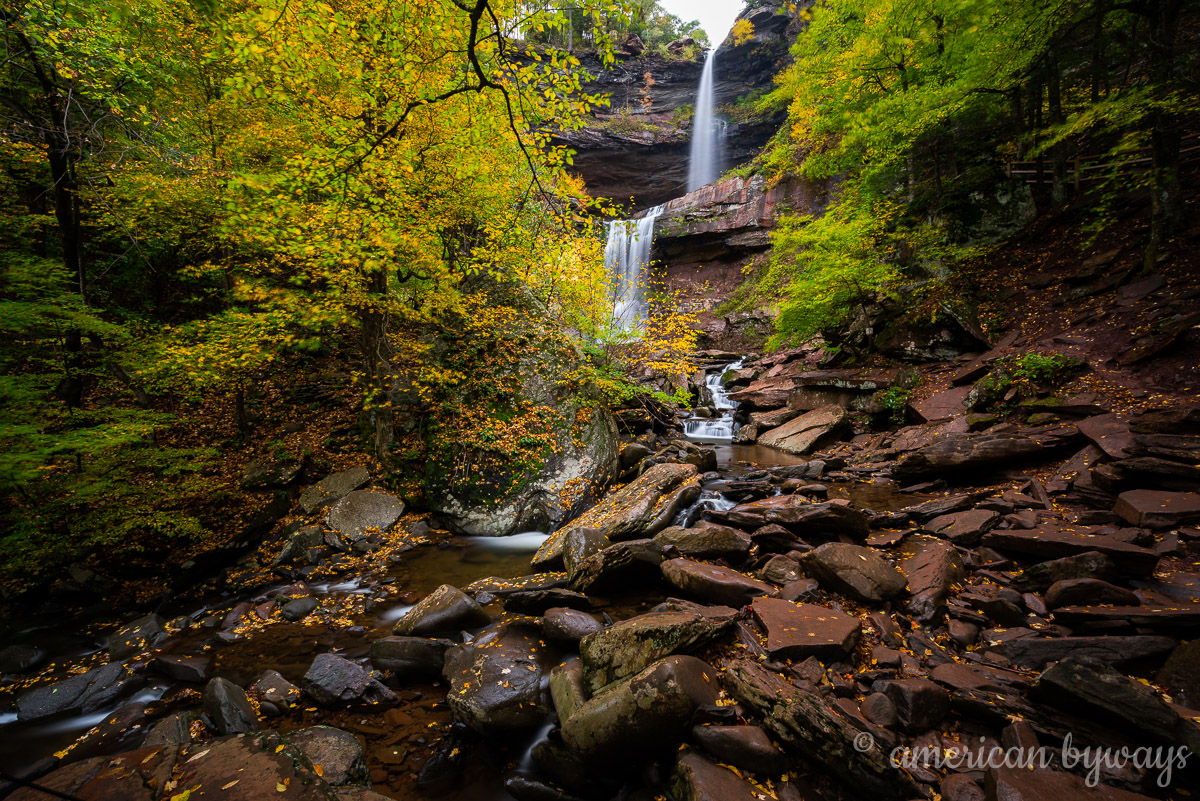